Vivek Oberoi recently visited Hyderabad , where he opened up about his trip to the city of his birth, the film, Kaduva, his special bond with costar Prithviraj Sukumaran and his transformation from Bollywood romantic hero to South villain 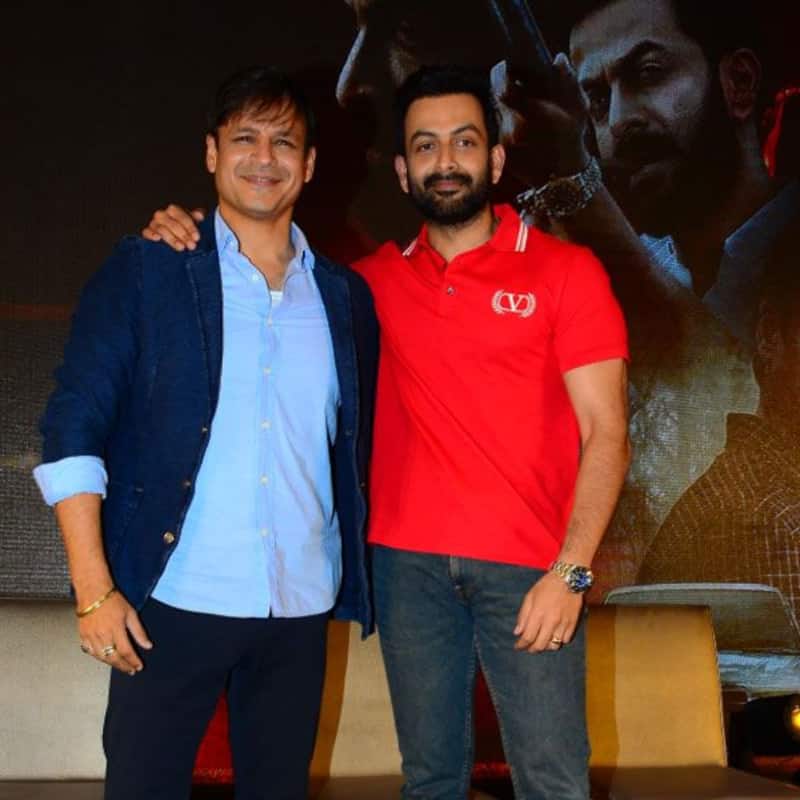 Actor Vivek Oberoi is busy promoting his upcoming film, Kaduva. Shot in Malayalam, but releasing in all South languages, Kaduva stars Prithviraj Sukumaran in the lead role. As a part of the promotions of the film that will hit theatres on 30th June, Vivek Oberoi recently visited Hyderabad , where he opened up about his trip to the city of his birth, the film, Kaduva, his special bond with costar Prithviraj Sukumaran and his transformation from Bollywood romantic hero to South villain. Also Read - Friendship Day 2022: Dedicate these evergreen songs of Jr NTR, Ram Charan, Amitabh Bachchan and more to your BFFs

Vivek Oberoi opens up on special bond with Prithviraj Sukumaran

Post Lucifer, Vivek Oberoi is working for a second time with Prithviraj Sukumaran. While the two didn't share any screen space in Lucifer, which Prithviraj had also directed, the scenario is different this time around in Kaduva. Opening up on their special bond, the actor said, “Prithviraj is just like a brother. For Lucifer, without even knowing what the story and script are, I had said, Yes.' I mean, who wouldn’t want to work with him? And when he calls me to be part of one more film, I was ready. This time, he sent the director for narration and even he explained the story to me over a call. I am glad to be part of Kaduva.” Also Read - Jhalak Dikhhla Jaa 10: Meet seductress Nia Sharma, adorable Shilpa Shinde, cool dude Dheeraj Dhoopar and stud Paras Kalnawat in latest promos

The Saathiya actor was born in Hyderabad and has a great connect with the city. “Feels nice to be back in the city I was born. My bua (aunt from his paternal side) still stays here and I keep coming here once in a while. Secunderabad area is where I used to roam on a bike and back in those days, I used to try flirting with the students of St. Ann’s. I love the people here and their love towards cinema is just unbelievable,” he added. Also Read - Mumbai Police: Another South Indian film remake for Shahid Kapoor; Jersey star to feature in Hindi version of Prithviraj Sukumaran starrer?

When quizzed about the transformation, the actor continued, “This transformation is just a ‘wow’ factor to me. Be it a daddy or baddie, I started enjoying playing these roles. Also, the audience, too, has seen a new shade of an actor in me. It is unbelievable how it happened and credit goes to the directors.” In the initial stages of his career, Vivek was more of a lover boy on screen in breezy, romantic Bollywood movies, excluding his first two movies. After a point of time, he started playing roles with negative shades. And since a few years now, he’s been regularly playing villains in South films.