Kamal Haasan explains Pushpa, RRR, KGF success over Bollywood: 'It's just that they didn't get the right opportunity'

While Hindi films are struggling to find the audience in theatres, Vikram star Kamal Haasan, who has worked across languages in his acting career, weighed in on North vs South competition by explaining the success of KGF: Chapter 2, RRR and Pushpa: The Rise. 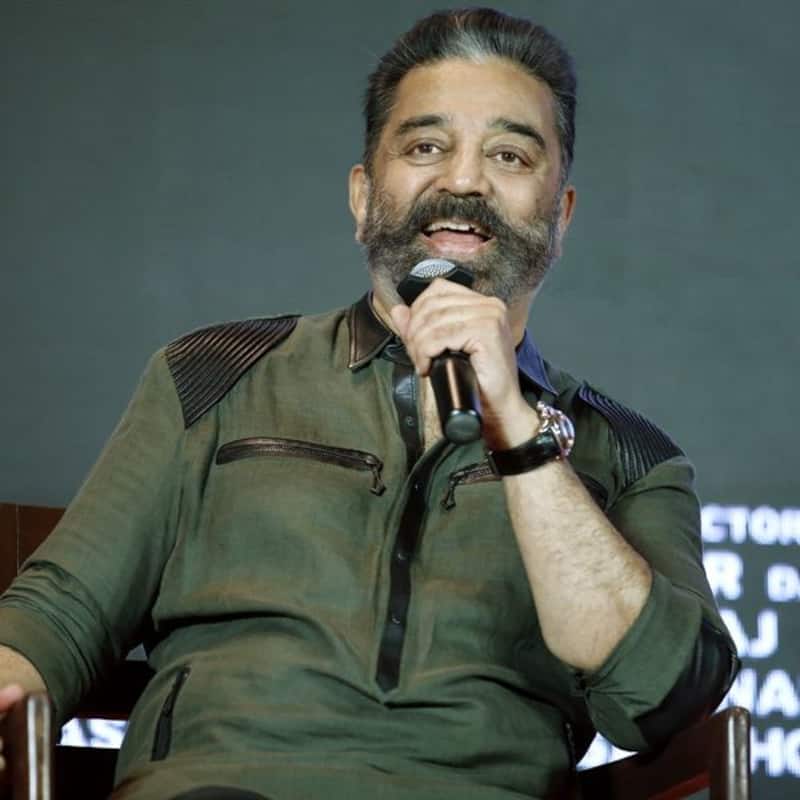 The mammoth success of South-dubbed films, KGF: Chapter 2, RRR and Pushpa: The Rise, showed what mass entertainers can do that most Hindi films couldn't, that is to touch Rs 100 crore within a couple of days of release. While Hindi films are struggling to find the audience in theatres, Kamal Haasan, who has worked across languages in his acting career, weighed in on the competition that has grabbed eyeballs. Also Read - Rashtra Kavach Om writer feels South movies have illogical action; says, 'If Shah Rukh Khan had done KGF instead of Yash, audience would have...'

When Kamal was asked if Bollywood was doing something wrong compared to the box office numbers of regional films, Kamal was quick to reply, "Nothing wrong." He then explained, "It's like the National Awards, which are given by (a jury of)12 people. But the audience, millions of them, also give awards. The fact that an actor doesn't get a National Award doesn't make him a bad actor. It doesn't make him an actor who is doing something wrong." Also Read - Khatron Ke Khiladi 12: Aneri Vajani says people will regret underestimating her; compares herself to Allu Arjun's Pushpa, ‘Flower nahi, fire hai’

"It's just that he didn't get the right opportunity, the producer, to do it. The same applies to filmmakers when they want to make a film -- the right production, the right distribution, the right publicity, these are all important factors. All these are coalescing now, thanks to technology, communications, YouTube, media -- everything has grown. So, we are able to reach out to a lot more people, instead of shouting ourselves hoarse to get national attention," he added. Also Read - Pushpa fever in WWE; wrestler Sanga does the iconic Allu Arjun gesture, video goes VIRAL [Watch]

Kamal also opened up about the North vs South debate saying that the conversation is not needed as the country's "diversity is our strength." "We should be proud that we have people speaking different languages but communicating with each other in English. There's nothing wrong with it. The British robbed us of many things, but they left us something which we can encash now. Why are we making it our weakness? We have so many languages and we have learned to live with them. We have so many cuisines. Our diversity is our strength. We should be proud of it rather than being ashamed of it."

The 67-year-old star, who started as a child artiste when he was all of six, has been acting for more than five decades. He has worked in several languages, including Tamil, Telugu, Bengali and Hindi, where he has been a part of a number of acclaimed films such as Sadma, Ek Duuje Ke Liye and Saagar. He likes to be referred to as an 'Indian actor' and is happy with the emergence of an 'Indian cinema' that cuts across language barriers.

Kamal is currently gearing up for the release of his upcoming film Vikram, which is being backed by Kamal Haasan production house, Raaj Kamal Films International. Besides the superstar, the Lokesh Kanagaraj film has Vijay Sethupathy and Malayalam actor Fahad Faasil playing the lead characters, with music scored by Avinash Ravichander. The movie is scheduled for a June 3 release.