Kannada TV actress Soujanya hangs herself to death in her Bengaluru apartment; cites mental illness and deteriorating health in her suicide note

A suicide note was found in Soujanya's room wherein she repeatedly kept apologising to her parents for taking such drastic step. She cited mental illness and deteriorating health for ending her life.

Kannada TV actress Soujanya was found dead on Thursday in her Bengaluru apartment in the Kumbalgodu area. According to the reports, the actress has died by suicide. She was 25. Also Read - Ala Vaikunthapurramloo: Here's why director Trivikram Srinivas' wife, Soujanya, left him in middle of the shoot

The police found the mortal remains of the actress on Thursday morning and an investigation regarding her suicide is currently underway. A suicide note was also found in her room wherein she repeatedly kept apologising to her parents for taking such drastic step. She cited mental illness and deteriorating health for ending her life.

Soujanya was a resident of Kushalnagar in the Kodagu district and had moved to Bengaluru for work. Her 3-page note has written that her mental illness and health conditions were killing her some the inside. She felt so low that she couldn't handle it anymore and decided to end her life. She said that she is the only person responsible for her actions and asked for forgiveness from her family. 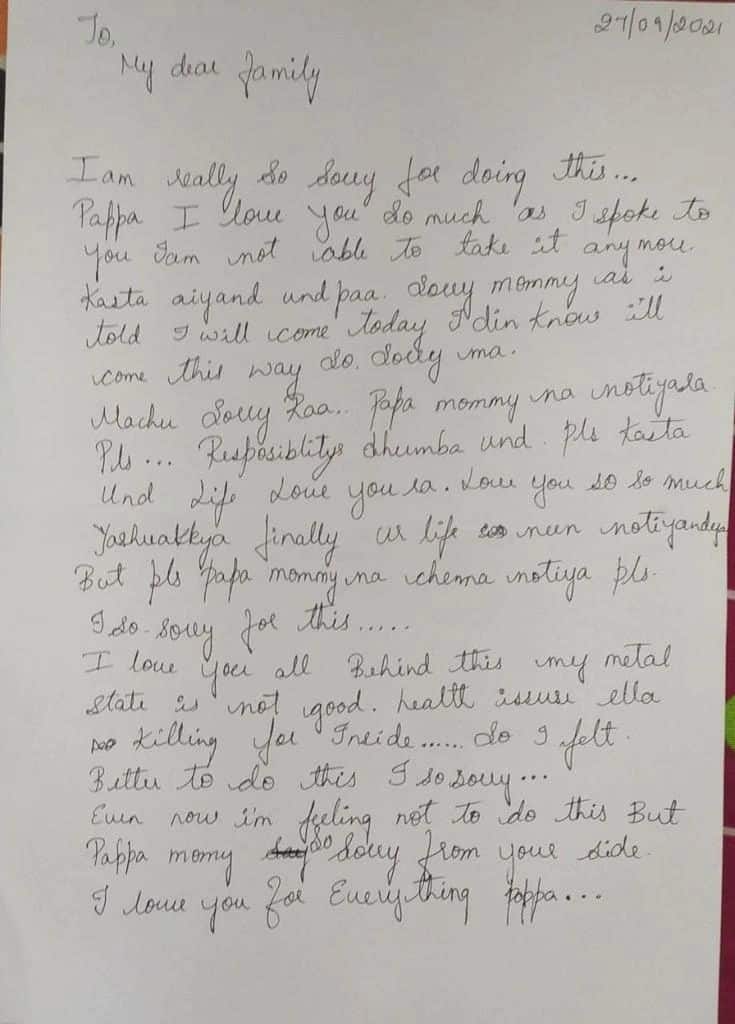 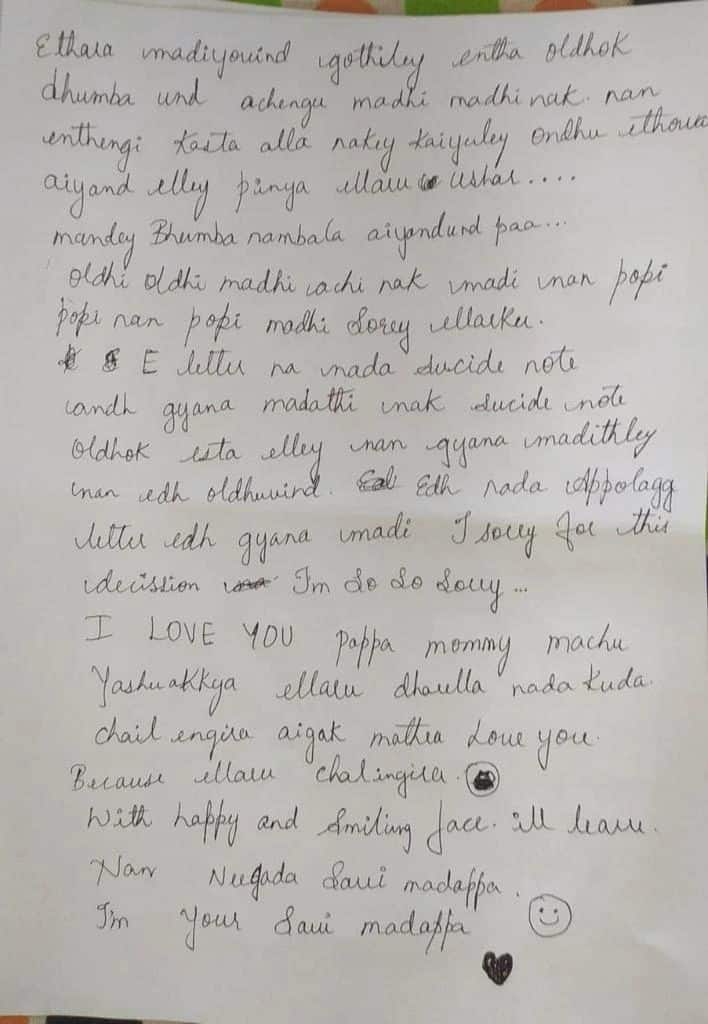 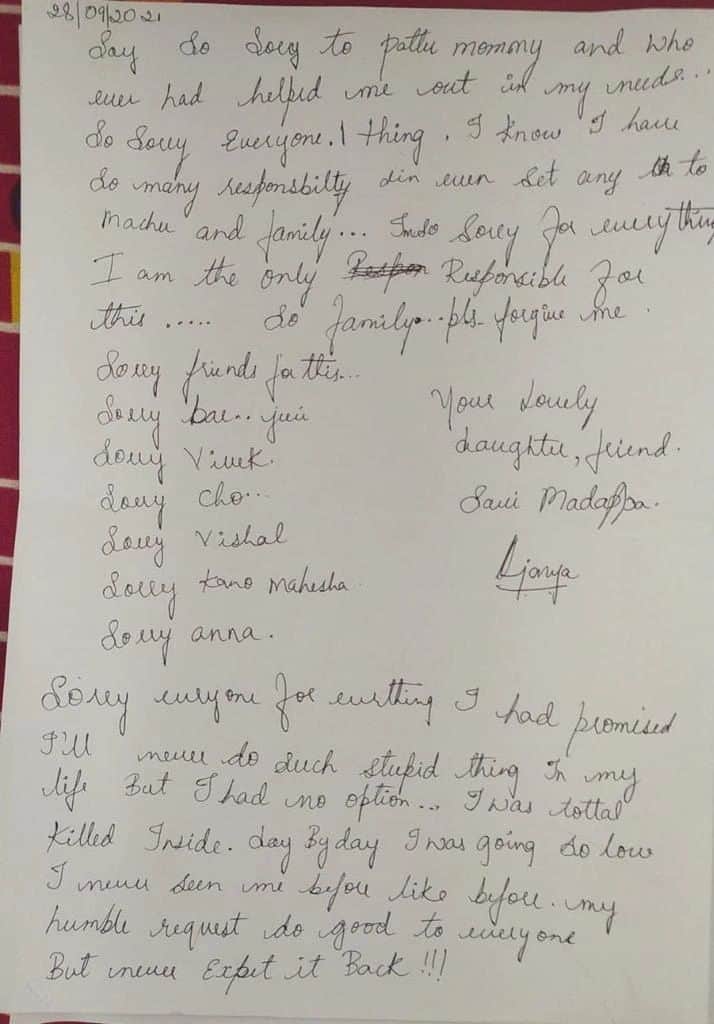 Her death has sent shockwaves into the Kannada film industry and raised many questions about the kind of pressure young actors have to bare during their struggle in the industry. She has acted in a few TV serials and films as well.