Karan Johar was present at the trailer launch of JugJugg Jeeyo today. He praised the makers of KGF, RRR and Pushpa - Prashanth Neel, SS Rajamouli and Sukumar. 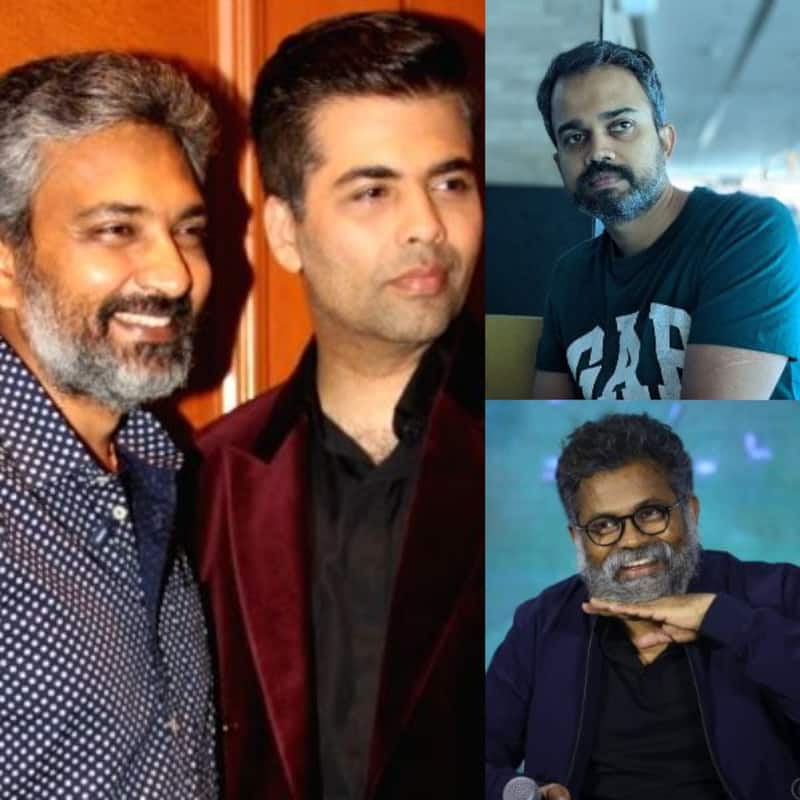 Karan Johar was present at the trailer launch of JugJugg Jeeyo today. The film stars Varun Dhawan, Kiara Advani, Anil Kapoor and Neetu Kapoor in key roles. Karan was asked why he addressed the trailer as ‘Hindi film trailer’. He said, “When we specified Hindi, it is really a function of technicality. Gangubai Kathiawadi has done solid business well last week, Bhool Bhulaiyaa 2 has done a solid opening. We hope and wish that Jug Jugg Jeeyo also becomes a part of that list. We also want that films made in every language should work and so should our films." Also Read - Before Vijay Deverakonda in Liger, Kichcha Sudeepa, Siddharth and these other actors went completely NUDE in Telugu movies [View Pics]

The filmmaker went on to hail the directors of KGF, RRR and Pushpa. He said, “We can proudly say that we are a part of Indian Cinema. When the business of RRR, KGF, Pushpa did so well, we can say that it is Indian cinema. We are proud of all those films, we are proud of Indian cinema. They have raised the bar of the Indian cinema. Prashanth Neel, SS Rajamouli, Sukumar and KGF all that has completely told us how big our standard can be and how far we can reach." Also Read - Sanjeeda Shaikh-Aamir Ali, Shweta Tiwari-Abhinav Kohli, Charu Asopa-Rajeev Sen and more celebs whose young kids suffered because of their ugly splits

The filmmaker was also asked if he believes in competition between the north and south films. Denying, he said that he presented Bahubali many years ago. He added, “I have that huge faith in the power of cinema. There is no competition between the same industry, how can there be? We grow together." Also Read - Shahid Kapoor and Mira Rajput Kapoor's latest mushy pictures from Switzerland have PYAAR written over it in bold letters [VIEW HERE]

He went on to add, "We have to be one collective unit. Rajamouli sir has said that many times, we should to one cinema. The best cross over is the cross over that happened recently is that when the South has done such expansive business in the north. That is crossover. Going to any festival, winning an Oscar doesn't matter to us. We want to grow as Indian cinema and that has been proven time and again."