Nayanthara fans were upset with Karan Johar for insulting her by calling Samantha Ruth Prabhu number 1. Now, Karan has given a clarification on it. 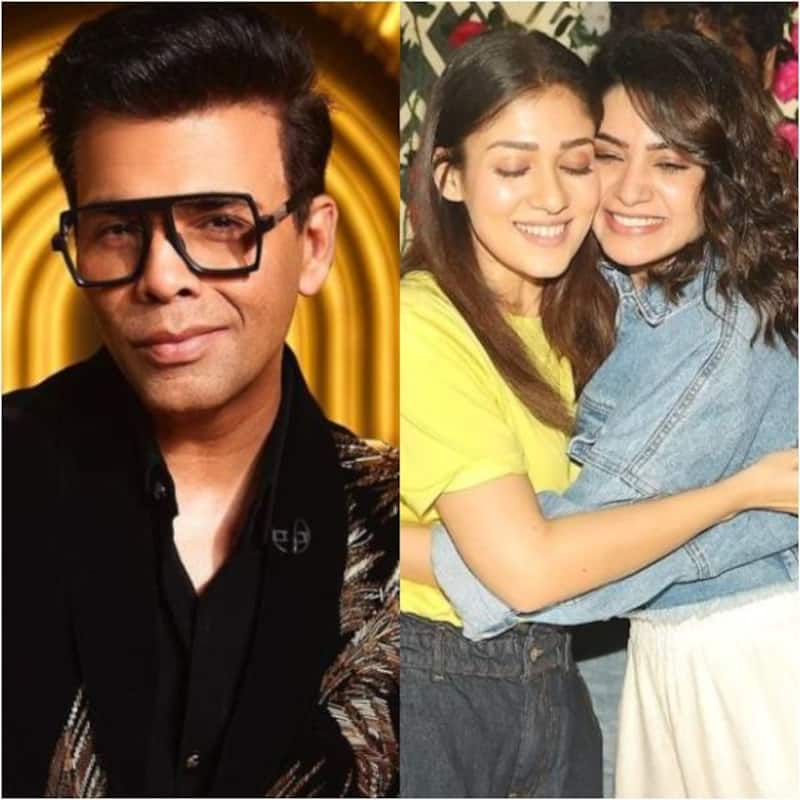 Till now, we have only watched three episodes of Koffee With Karan 7. But, already the show has created a lot of controversies. From Janhvi Kapoor-Sara Ali Khan calling Vijay Deverakonda a ‘cheese’ to Ranveer Singh speaking about nepotism on the show. Well, one more thing that has been in the news is Karan’s statement about Nayanthara which made the Jawan actress’ fans very upset. When Samantha Ruth Prabhu and Akshay Kumar came on KWK7, Karan showed them an Ormax list in which Sam was at the number 1 spot in the female stars list. Also Read - Watcho App promises an exciting line-up for K-Drama fans [Read report]

While talking to Karan about two actresses working together, Samantha Ruth Prabhu said that she has worked with Nayanthara who is the biggest actress down South. Karan replied to her and said, “Not according to my list.” So, Samantha joked about paying someone at Ormax. Also Read - Raksha Bandhan 2022: Sara Ali Khan and Ibrahim to Janhvi Kapoor-Khushi; Bollywood siblings we wish to see together on screen

@Samanthaprabhu2 Is such a Sweetheart & Sharing her Lovable bond with #Nayanthara ❤️ @karanjohar She is not far in your list coz Your list is full of Nepo-Products which doesn’t deserve any arguements and discussions. #KoffeeWithKaran #LadySuperStar pic.twitter.com/TDUXGT871Z

Now, Karan has spoken up about the whole scenario. While talking to Bollywood Hungama, he said, “I said, according to the list that I had from Ormax, Samantha was the no.1 star. Nayanthara’s fans have misconstrued the conversation.” He further added that everyone needs to have a sense of humour as it’s a fun show.

We wonder if Nayanthara’s fans are happy with this clarification from Karan Johar.

Earlier this year, Nayanthara and Samantha Ruth Prabhu starred together in Kaathuvaakula Rendu Kaadhal which also starred Vijay Sethupathi in the lead role. The film was directed by Vignesh Shivan and it was a hit at the box office.

Samantha and Nayanthara, both are gearing up for their Bollywood debut. Nayanthara will be seen in Shah Rukh Khan starrer Jawan, and reportedly, Samantha will be making her debut in a film with Akshay Kumar.