Koffee With Karan 7: Karan Johar gets massively trolled for disrespecting Nayanthara on his show; netizens say 'Why does he sound so jealous of Southern film industry?'

In the recent episode of Koffee With Karan 7, host Karan Johar disrespected South Indian actress Nayanthara and left fans fuming with his statement. 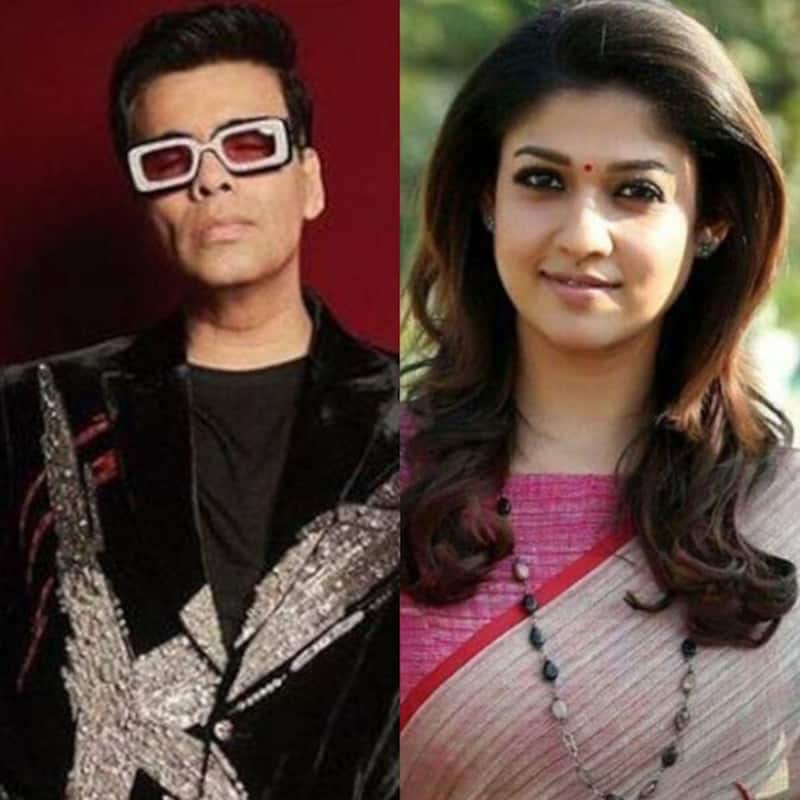 Karan Johar's most talked about show Koffee With Karan season 7 has grabbed a lot of attention for its controversies. The most recent episode of Koffee With Karan season 7 saw two superstars including Samantha Ruth Prabhu and Akshay Kumar, who spoke their hearts out about their personal and professional lives. Samantha also spoke about her divorce from actor Naga Chaitanya. But, one particular conversation exchange with host Karan Johar left fans fuming in anger. Fans are not upset with Samantha, but with Karan after he said that Nayanthara is not on his list. Also Read - Dussehra 2022: Before Adipurush releases, check out how Shah Rukh Khan, Salman Khan, Akshay Kumar and more celebrated Raavan Dahan in THESE movies

On Koffee With Karan 7, host Karan asked Samantha who she thought was the biggest female actor in the South film industry. Samantha referred to her recent release Kaathuvaakula Rendu Kaadhal as she said “Well, I just did a film with Nayanthara.” Samantha implied that she thinks Nayanthara is the biggest actress across the industries in South India. Karan responded to Samantha as he said, “Well, not in my list!” This statement of Karan did not go down well with Nayanthara's fans. Also Read - Madhur Bhandarkar opens up on doing a film with Shah Rukh Khan; says, 'I'll definitely revisit it in...' [Exclusive]

@Samanthaprabhu2 Is such a Sweetheart & Sharing her Lovable bond with #Nayanthara ❤️ @karanjohar She is not far in your list coz Your list is full of Nepo-Products which doesn’t deserve any arguements and discussions. #KoffeeWithKaran #LadySuperStar pic.twitter.com/TDUXGT871Z

The 5 sec silence from Samantha, says it all. She should’ve said was how dare you. Who the fk is Alia Bhatt in front of legends like her & #Nayanthara! #KoffeeWithKaran7pic.twitter.com/dXcpsG8u3S

Karan referred to the recent list that was shared by Ormax Media which named the top female actors in the country and had Samantha in the number one position. Within no time, netizens bashed Karan for disrespecting Nayanthara on his show. A comment on Reddit read, “Isn't Nayanthara super well established like Kareena or PC level in the south? Yeh Karan ka problem kya hai Bhai (What is Karan’s problem)?” Another fan wrote, 'KJo I hope you do realize your remake of Good Luck Jerry is a remake of Nayanthara’s film', while other one said, 'Why does he sound so jealous of Southern Film industry all the time? Even for the blockbusters, he was very passive aggressive'. Also Read - Trending Entertainment News Today: Deepika Padukone-Ranveer Singh debunk separation rumours; Aryan Khan to play Vanarastra in Brahmastra 2 and more

On the work front, Nayanthara will soon make her Bollywood debut alongside Shah Rukh Khan in Atlee’s Jawan. The film will release in June 2023. Nayanthara is one of the highest-paid actors in the industry.