Lal Salaam: Rajinikanth has collaborated with daughter Aishwarya for her next directorial venture. Take a look at how fans reacted to the announcement. 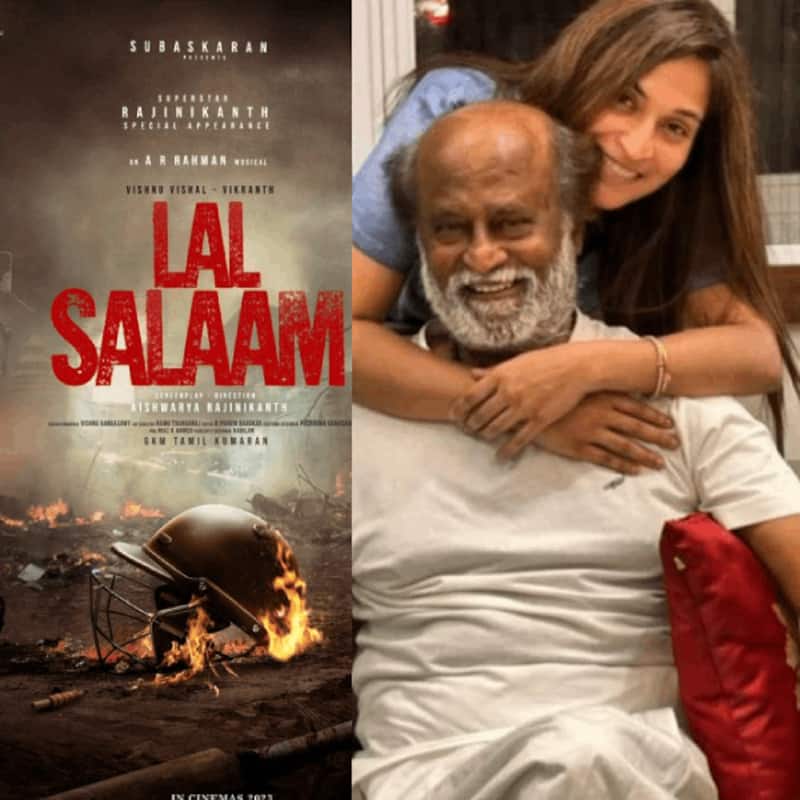 South Indian films are a rage these days. Everyone across the nation gets excited when a big announcement takes place. Well, today, Lyca productions has made a big announcement. The production house has announced the next film by Rajinikanth's daughter Aishwarya. It is named as Lal Salaam. The poster of the film was released and it was announced that Rajinikanth will be seen in a special appearance in this film. Lal Salmaam stars Vishnu Vishal and actor Vikrant. Going by the poster of the film, one can derive that the film is based on cricket. Also Read - Allu Arjun to Rajinikanth: A look at the MOST powerful and influential families of South Indian film industry

It is after a long gap that Aishwarya Rajinikanth is returning to directing films. It was in 2015 that she directed a film named Vai Raja Vai. As the announcement of Lal Salaam made it to the internet, Aishwarya Rajinikanth started trending on Twitter. Fans are super excited that the father-daughter duo are collaborating on a film. Thalaivaa fans are hoping that she will do justice to his role even though it is just a special appearance. Also Read - Samantha Ruth Prabhu, Salman Khan, Shah Rukh Khan and other stars who sought treatment abroad for health complications

Check out the poster and fan reactions below:

Hoping His role is impactful and helps a quality film get a better reach and not just used for hype. It's a cricket film and as a cricket fan definitely looking forward to this ❤️?#LalSalaam #Rajinikanth #AishwaryaRajinikanth https://t.co/jsahoolvkT

She Is An Excellent Director... #3 Is One Of My Most Favorite Films... #aishwaryarajinikanth.

#Rajinikanth doing a 20 Mins Cameo Role in the film directed by #AishwaryaRajinikanth ft. #VishnuVishal - Expected to be a Cricket Based film.

Lal Salaam will make it to the theatres in 2023. As per the updates doing the rounds of the internet, a puja will take place to officially begin the film. It is indeed a proud moment for any father to work with his daughter. Also Read - Chandramukhi 2: Kangana Ranaut replaces Jyothika for the lead role in sequel to Rajinikanth starrer horror comedy