Pushpa trailer will release on December 6 and the lead actress Rashmika Mandanna aka Srivalli's special gesture for Allu Arjun is winning hearts.

Just like all their fans, actress Rashmika Mandanna and stylish star Allu Arjun are eagerly waiting for the release of their upcoming film, Pushpa: The Rise. The release of the trailer of the film is round the corner and the film’s Srivalli aka Rashmika decided to do something extra special for her Pushpa aka Allu Arjun. To surprise her co-star, she sent him a box of goodies. Allu Arjun too sweetly returned the gesture by taking to his Instagram stories and sharing the photo of Rashmika's goodie box and thanked her. The actress also sent a handwritten note to him along with the goodies and it read, “Just felt like sending you something sir...all the best to us for Pushpa! Love, Rashmika.” Also Read - Pushpa: Samantha Ruth Prabhu and Allu Arjun had crazy fun while shooting Oo Anatava; this video is PROOF

Allu Arjun took a photo of the goodie box and thanked Rashmika. He wrote, "Thank you for your pleasant surprise dear @rashmika_mandanna" Rashmika Mandanna will be seen in a never seen before, raw character in the film, the trailer of which will be released on 6th December. Apart from Rashmika, Pushpa also features Allu Arjun and Fahadh Faasil in lead roles. Fahadh will be playing the antagonist in this village drama. Interestingly, one thing that is being majorly discussed about the film is the special song starring Allu Arjun and Samantha Ruth Prabhu. It is said that the song will come at a crucial juncture in the film and will be one of the highlights. Also Read - Samantha Ruth Prabhu gets a 3-film deal offer by THIS big Bollywood production house – Read Deets 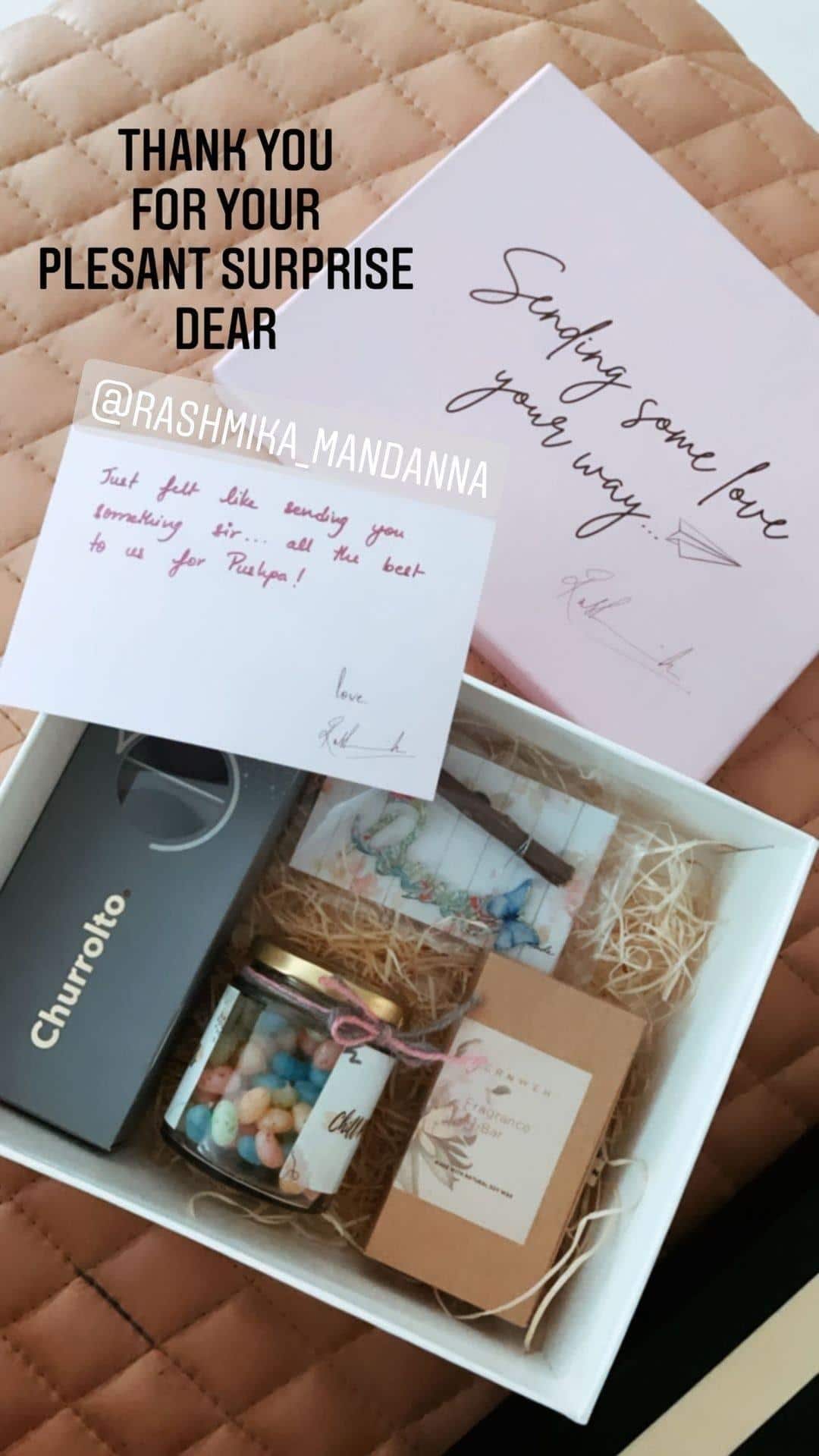 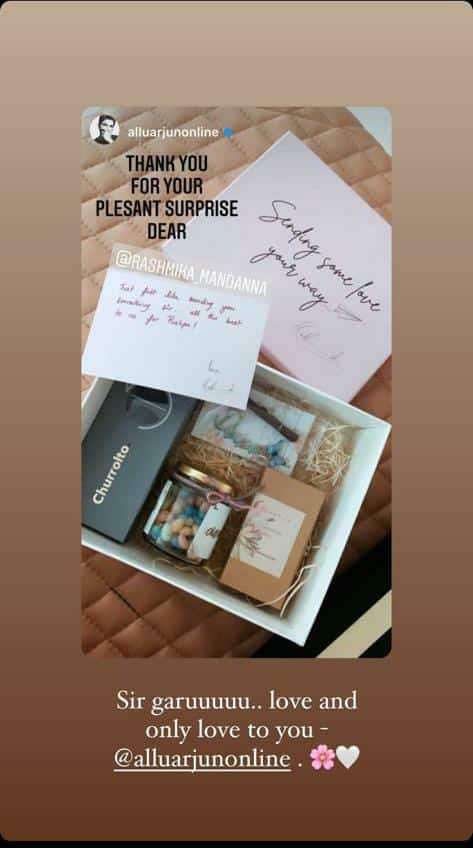 Also Read - Rashmika Mandanna opens up about the SUPER SUCCESS of Pushpa; gives a MAJOR update on Pushpa The Rule shoot [Exclusive]

Rashmika’s village belle avatar or Srivalli is already loved by all fans, and they are now looking forward to see what Samantha has in store for us. While is raw and real, the other one will be glamorous. The crew has started shooting the song and we may perhaps see some glimpses in the Pushpa trailer as well.

Meanwhile, Rashmika was away in the US the past few days and perhaps, she got some gifts for her Pushpa costar from there only. It was rumoured that she went to the US to spend time with Vijay Deverakonda. The twoa re shipped together and Vijay was in the US shooting for Liger with Ananya Panday and Mike Tyson.