Liger star Vijay Deverakonda upset with his episode of Koffee With Karan 7? [Exclusive]

Karan Johar is a mentor of Vijay Deverakonda and he only has respect for the filmmaker. 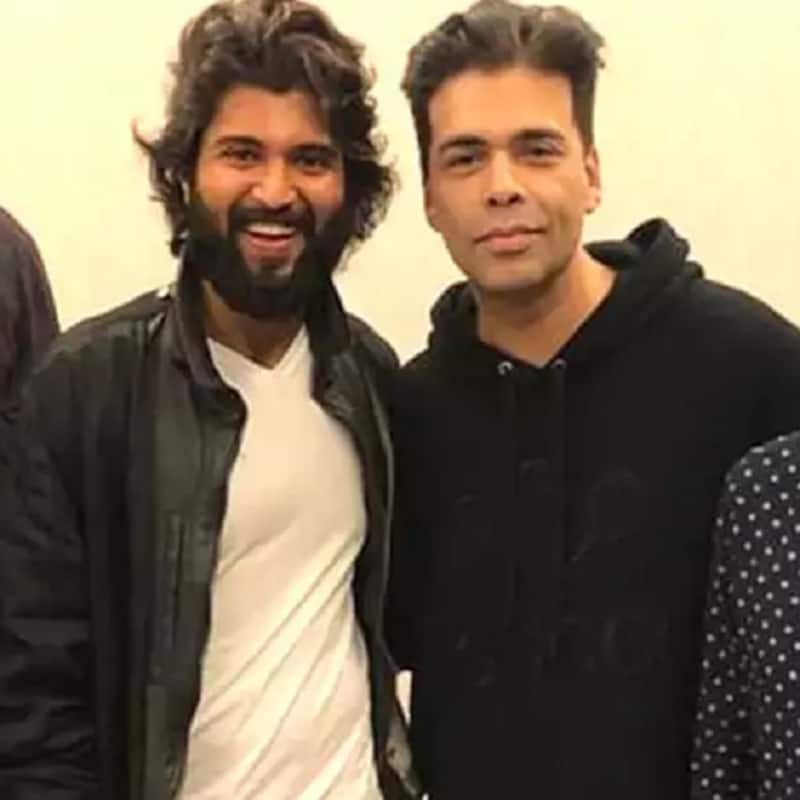 The rumour mills have it that Liger star Vijay Deverakonda is upset with Karan Johar after the episode of his with Ananya Panday due to his cheese comment on him. Recently the video also surfaced online where Vijay was spotted by the shutterbugs, and he was told funnily by the paparazzi that one of the photographers too liked cheese. And his reaction only showed that he isn’t very happy with all the hullabaloo around him being called cheese. In the show, we saw how Karan Johar asked Sara Ali Khan to take the name of one actor who she desires to date and she took Vijay Deverakonda's name, the moment she took his name, KJo asked Janhvi if he thought she likes Vijay, and later they made him the cheese. When Ananya On day too want to be on that cheese platter and expressed it on the show when she was the actor himself. Also Read - Trending Hollywood News Today: Leonardo DiCaprio getting really serious about Gigi Hadid, Tom Hanks' first novel and more

Karan Johar is a mentor of Vijay Deverakonda and he only has respect for the filmmaker Also Read - Ahead of Vikram Vedha release, Soha Ali Khan reveals why two male actors don't wish to star together in the same film [Exclusive]

While the insiders claim that the Liger star is unhappy with him being cheese, a close source to the actor has rubbished the rumours calling them baseless. "The actor is extremely in love with all the attention he is getting and is only thankful to Karan Johar for everything. He is his mentor to him and the star is full of gratitude for him as he helped him reach the Hindi audience through Liger", claims a source to the actor. Also Read - Kim Kardashian stuns time and again with her scintillating collection of bling bikinis [View Pics]


While Vijay has made some amazing friends in Sara Ali Khan, Janhvi Kapoor, and Ananya Panday, he respects the admiration they have got him. Right now, the actor is only focusing on the promotion of his film Liger, and he is leaving no stone unturned to make the film reach a wider audience as it's his first pan-India film. Stay tuned to BollywoodLife for the latest scoops and updates from Bollywood, Hollywood, South, TV and Web-Series.
Click to join us on Facebook, Twitter, Youtube and Instagram.
Also follow us on Facebook Messenger for latest updates.
Advertisement