Mike Tyson will be seen in a pivotal role in Liger, and today, on the boxing legend's birthday, Vijay Deverakonda took to Twitter to share a special BTS video. Watch the video here... 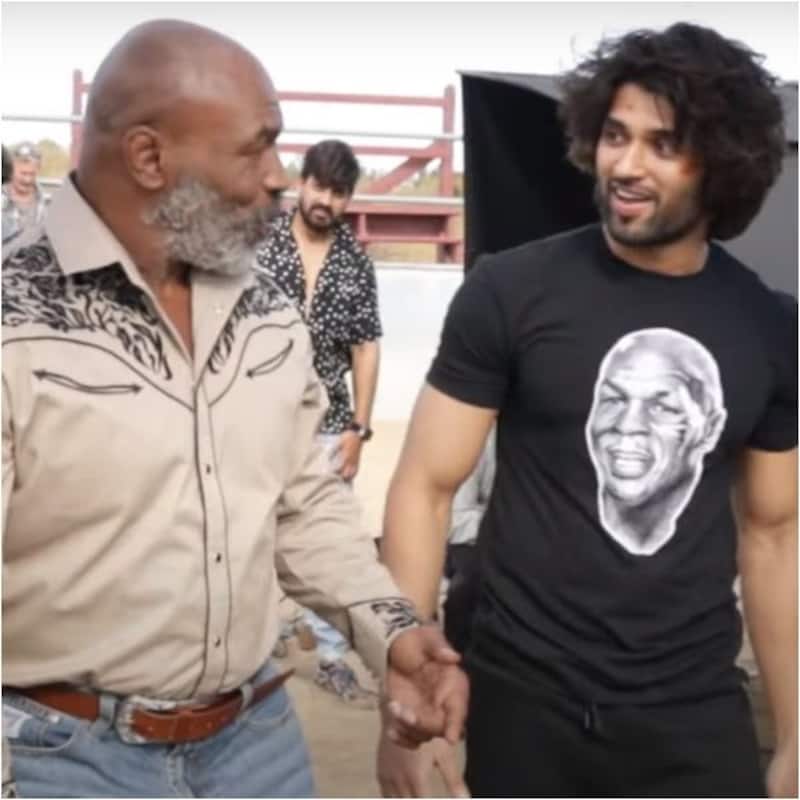 Liger starring Vijay Deverakonda and Ananya Panday is one of the most awaited films of the year. It is a bilingual film shot in Hindi and Telugu, and it will be dubbed and released in Tamil, Kannada, and Malayalam. The movie will mark Vijay’s Hindi debut and Ananya’s Telugu debut. It’s based on the backdrop of boxing, and boxing legend Mike Tyson has been roped in to play a pivotal role in the movie. Today, it’s Tyson’s 56th birthday, and the makers of Liger have released a special BTS video. Also Read - Friendship Day 2022: Khatron Ke Khiladi 12's Rubina Dilaik hosts Rajiv Adatia, Sriti Jha, Nishant Bhat and others for a musical afternoon [Watch Video]

In the video, Vijay, Ananya, Karan Johar and other team members of the film have wished Tyson Happy Birthday. Vijay tweeted the video and wrote, “Happy Birthday @MikeTyson I never even dreamt of meeting you, forget all the things I got to do with you. You are a memory for life #Liger.” Also Read - Raksha Bandhan: Women mob Akshay Kumar to tie rakhis as he visits artisans in Jaipur; emotional star says, 'Aapka pyaar apni kalai par...'

Happy Birthday @MikeTyson
I never even dreamt of meeting you, forget all the things I got to do with you. You are a memory for life ❤️#Liger pic.twitter.com/urFy4t2diJ

The BTS video clearly proves that the team had a great time shooting with Tyson, and it will surely make moviegoers excited for the film. Also Read - Kaun Banega Crorepati 14: Besides Aamir Khan, Ranbir Kapoor, Alia Bhatt and more Bollywood stars set to appear as guests on Amitabh Bachchan's show

A couple of months ago, at the launch event of JGM, Vijay had spoken about working with Mike Tyson. He had revealed that Tyson punched him and he was still standing. So, if he survived the punch of Tyson, he can survive anything in the world.

Vijay Deverakonda’s fans are eagerly waiting for Liger, and when the first look poster was released, they celebrated it like a festival. The teaser of the film was released a few months ago, and it received a great response.

Directed by Puri Jagannadh, Liger is slated to release on 25th August 2022. At the JGM event, while talking about the film, Producer Charmme Kaur had stated, “Our film, which is coming in five languages, is almost ready. I can promise you dhamaka. For sure aag laga denge.”