Many people expressed their shock and commented that Prabhas was looking like an uncle (aged man) or a milkman without his makeup.

Prabhas is currently prepping for his role in the big budget mythological film Adipurush. It has been reported that the Baahubali star will play the role of Lord Rama in the drama alongside Kriti Sanon as Sita and Sunny Singh as Laxman. He was recently spotted in Mumbai at the dance rehearsals. As soon as the pictures surfaced online, fans couldn't help but notice that Prabhas has gained a considerable amount of weight. However, the Telugu superstar got brutally trolled for his no makeup look which garnered some shocking reactions from the social media users. Also Read - From delivering more blockbusters to having a larger fan-base – 8 times Allu Arjun proved to be a much bigger star than Prabhas

Many people expressed their shock and commented that Prabhas was looking like an uncle (aged man) or a milkman without his makeup. While some attributed Prabhas to Vada Pav for gaining weight, some took a dig at his looks saying that he was looking really weird. Also Read - WORRIED over Prabhas' weight gain and aged look; Adipurush director Om Raut CONVINCES actor to take extreme steps to get back in shape 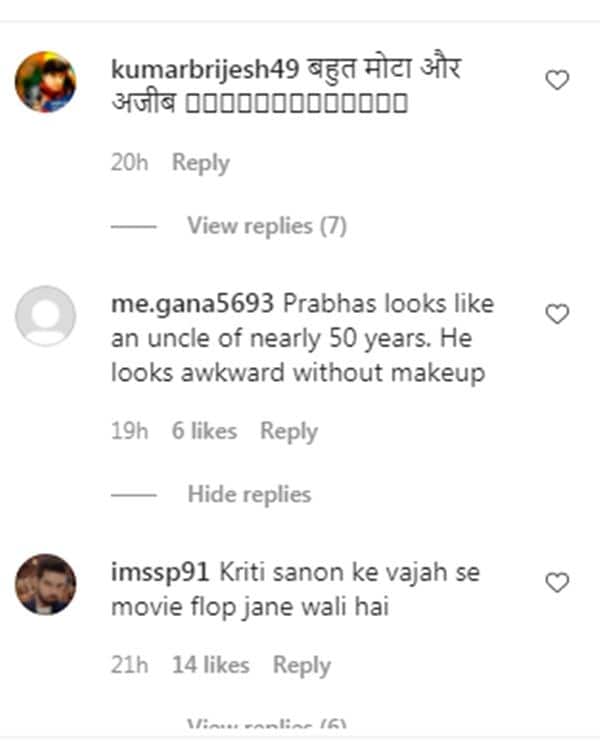 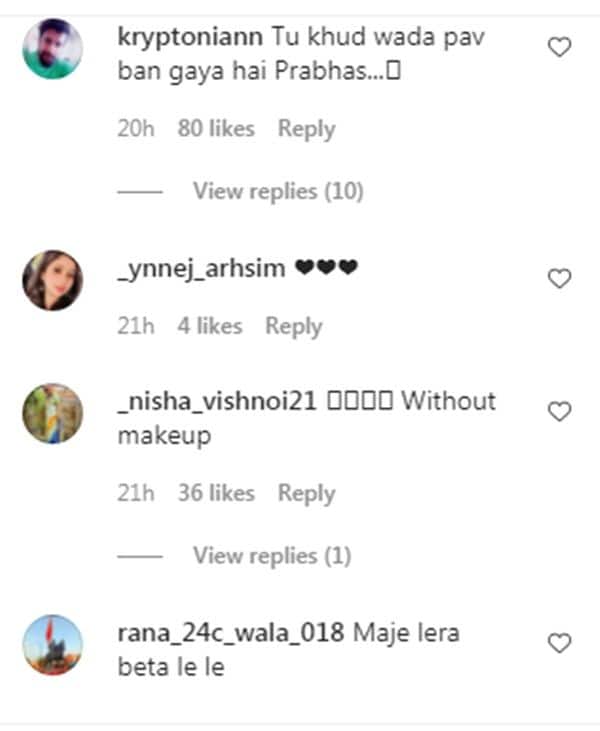 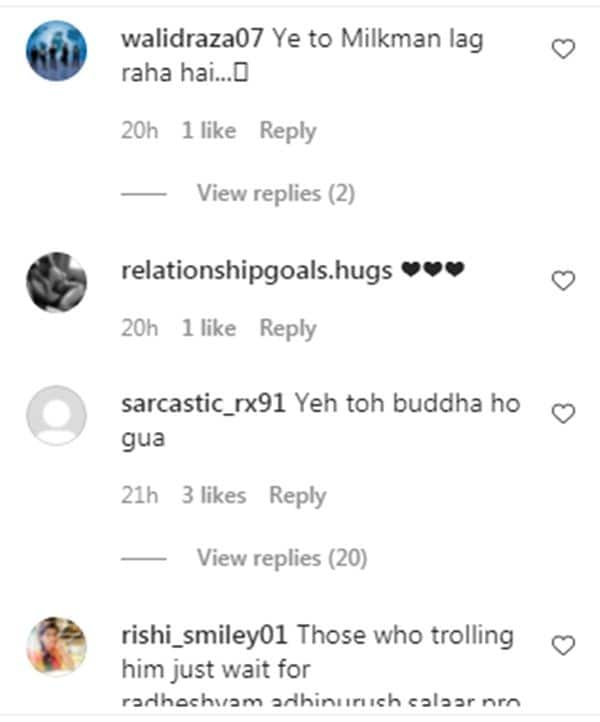 Adipurush, which is reportedly an adaptation of Ramayan, will be released in Hindi, Telugu, Tamil, Malayalam and Kannada. Apart from Kriti and Sunny, Saif Ali Khan will be seen essaying the role of Ravan in the Om Raut directorial.

Sunny Singh has been preparing for his role by watching the evergreen TV series Ramayan. He makes sure to observe on-screen Laxman's mannerisms and body language. He has also been training hard to build his physique for the film.

Kriti had said that Adipurush is one of her most exciting projects yet. She is currently is having a golden run in the Hindi film industry with several films lined up. The actress feels no pressure and instead is motivated and would not want it any other way.

Prabhas, on the other hand, will be next seen in Radhe Shyam and Salaar.