From Mahanati to the recent pictures, Keerthy's transformation is giving us major fitness goals inspiring us to hit the gym right away. 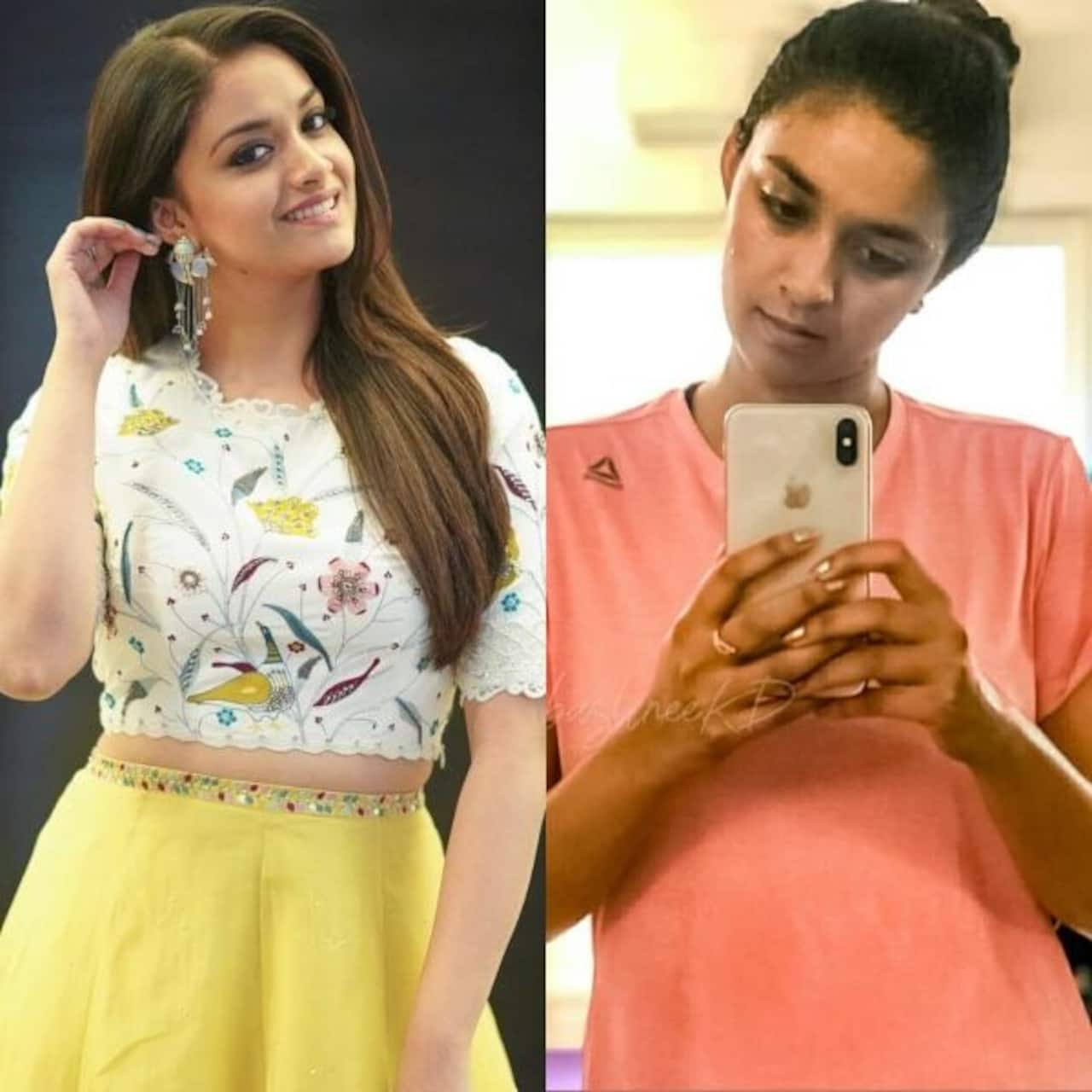 Post the success of Mahanati, Telugu and Tamil actress Keerthy Suresh now has a handful of projects in both the languages. Keerthy will also make her debut in Bollywood with Ajay Devgn’s film which will be a sports period drama. Recently, Keerthy Suresh inaugurated a shopping center in Chennai and the actress posted few pictures from the event. And her transformation is unbelievable. From Mahanati to the recent pictures, Keerthy's transformation is giving us major fitness goals. And the most recent picture which Keerthy posted on her Instagram as a story will blow your mind away. While fans hail her transformation, Keerthy's journey to becoming lean and fit is truly inspiring. Check out her pictures right here: Also Read - Samantha Ruth Prabhu loses number one spot to this South Indian actress on the most popular female stars list; Rashmika Mandanna shocks

Keerthy was last seen in Sarkar which featured Vijay in lead role and was directed by AR Murugadoss. Although a brief role, Keerthy shined bright in her part and left her fans impressed. Keerthy will also collaborate with acclaimed filmmaker Nagesh Kukunoor for next project and has already begun shooting for her portions. Keerthy will also be seen in Mohanlal-starrer Malayalam film Marakkar: Arabikadalinte Simham. The Thaana Serndha Koottam actress will be seen playing a brief role in the film and has already shot for few portions in the film. Also Read - South Indian actress Keerthy Suresh makes shocking revelation about casting couch; 'Would prefer leaving the film industry'

Keerthy is one of the few actresses who enjoys fandom in both Telugu and Tamil. In a short span of time, Keerthy has risen through the ranks and has worked with most of the top stars in Tamil like Suriya, Vikram and Vijay. In Telugu, Keerthy has worked with Pawan Kalyan in Agnyathavaasi and is most sought-after actress presently. Also Read - Trending South News today: Kangana Ranaut replaces Jyothika in Chandramukhi 2; Adipurush stars Prabhas, Kriti Sanon to get engaged and more