Mani Ratnam not only gave us great films but also discovered actors, we are thankful for today. Check them all out here.

He's is a visual master - everything you have imagined comes alive in the most beautiful way in his movies! Each of his movies has a unique association as each of them paint a different picture. He's the genius storyteller who gave romance an unconventional twist. Love was atypical when it came to 'this filmmaker'. Unsurprisingly many filmmakers - Guatham Menon, Shaad Ali have been inspired by his work. To think, he had no interest in the film making field once upon a time. Boy are we glad, he had a change of mind. We are talking about the esteemed, the unconventional, the eccentric - Mani Ratnam sir. Also Read - Happy Birthday Suriya: From Navarasa to Vaadi Vaasal – upcoming movies of the intense superstar that are guaranteed to keep you hooked and booked

Today on his birthday, we want to re-live all those memories he gave us through his films - Roja, Bombay, Alaipayuthe to name a few. We have listed 11 of his films that fans can never forget. Interestingly, he not only gave us great films but also discovered actors, we are thankful for today. Check them all out here. Also Read - Happy birthday Suriya: 4 Hindi remakes of the Singam superstar that prove his movies are a lucky charm for Bollywood filmmakers 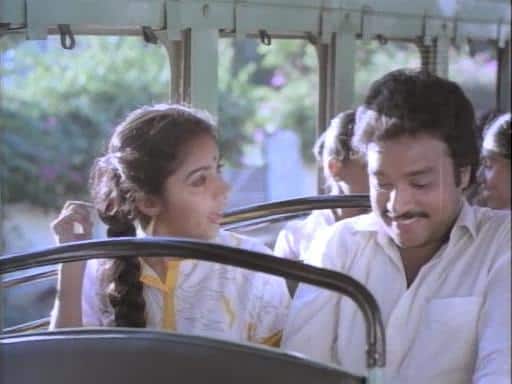 Also Read - Thala Ajith's wife Shalini to make a comeback after 20 years with THIS mega-budget period drama? Here's what we know

Think Hum Dil De Chuke Sanam, but more realistic in approach and where Salman Khan’s character is dead. Mouna Ragam shows Mani Ratnam’s perfect handling of relationships when circumstances play the villain. A woman (a superb Revathi) is married to a businessman (Mohan), though she still hasn’t gotten over the death of her lover (Karthik). Though her husband is willing to forget her past and wait patiently for her to come to him, she insists that they can never lead a happy life. How they deal with their relationship ahead is what the movie is all about. Filled with some brilliant performances and helped by a nuanced screenplay, Mani Ratnam made a proper mark as a master director here. Mouna Ragam also got a bland remake in Rishi Kapoor and Neelam-starrer Kasak, that shows what happens when you take the touch of a master director from a plot. 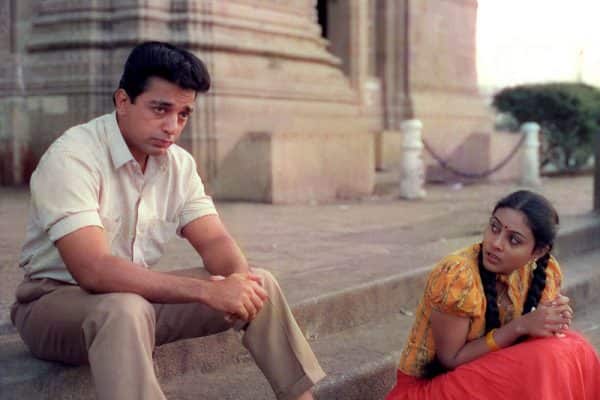 It’s very strange that Kamal Haasan never worked with Mani Ratnam after Nayagan, because the movie was an absolute masterclass when it comes to making a gangster drama. Nayagan is India’s answer to The Godfather, and has Kamal Haasan deliver one of his finest performances, as the movie shows his arc from being a reluctant slumlord to an aging, repentant don. The movie won him his second National Award for the Best Actor, while TIME has chosen Nayagan in its “All-Time 100 Best Films”. Again, this was remade into Bollywood as Dayavan, which is only worth remembering for that awkward, lingering kiss between Vinod Khanna and Madhuri Dixit. 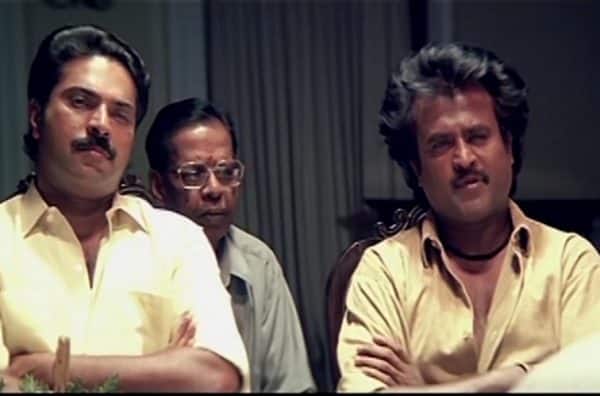 While Nayagan is definitely a masterpiece of a movie, I have a personal soft corner for this gangster drama, made by Mani Ratnam. Deriving inspiration from the legendary friendship between Duryodhana and Karna from Mahabharata, Thalapathi narrates the tale of friendship between a powerful don (Mammootty) and his right-hand man (Rajinikanth), even when their reign is almost threatened by the advent of an honest Collector (Arvind Swamy). Especially when he happens to be Rajinikanth’s step-brother, though the former is not aware of this. The movie has some intense moments of thrills and emotional drama, and relies on the powerful performances from Mammootty and Rajinikanth. This has to be my favourite gangster drama of all time 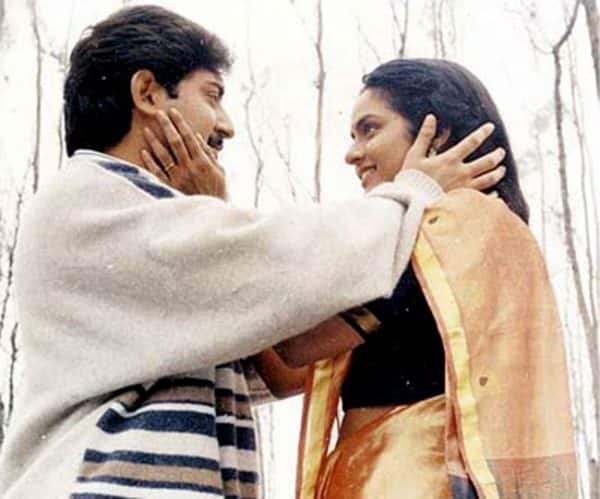 Though Mani Ratnam was always looked as a brilliant director down South, it was Roja that made him famous all over India. Roja was also his first movie to be dubbed into several languages. Sensitively packaging a love story with terrorism crisis, Rojagets high marks on narration, technical values and performances (especially from Pankaj Kapur as the icy terrorist head). Roja also marks the debut of AR Rahman as a music composer and you still love his gems from the movie like Chinna Chinna Aasai, Rukamani Rukamani, Pudu Vellai Mazhai and others. 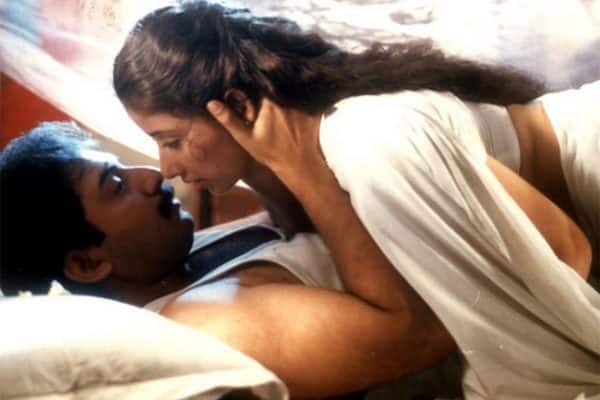 Roja was the first of his political trilogy, and after a misfire in Thiruda Thiruda (where he attempted a heist thriller with little success), he returned back to the trilogy with Bombay. And what a movie it turned out to be! Released at a time when India was still reeling from the depressing aftermath of the Babri Masjid riots, Mani Ratnam showed he had the guts to tackle such a sensitive issue without exploiting the milieu. Though it was quite controversial during its release, people began to realise that Bombay was not about riots; it was more about love and communal harmony, something that the country needed that moment. Plus, AR Rahman continued his terrific form spinning out brilliant songs like Humma Humma, Uyire etc. 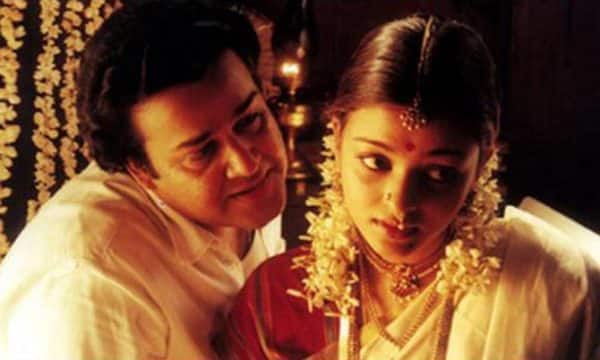 Iruvar was a rare flop in Mani Ratnam’s blistering career (followed by another in Dil Se…) in the ’90s. But commercial failure is an injustice to this gem of a movie that is a brilliant view of friendship and relationships set against the backdrop of political movement. A fictionalised account of the political foray of late MGR, late Jayalalithaa and M Karunanidhi, it has an ensemble cast in Mohanlal, Prakash Raj (winning a National Award here), Aishwarya Rai Bachchan (in her debut movie), Tabu and Gauthami. The movie’s heavy-handed political themes, and the controversies surrounding the plot, may have resulted in the movie not working at the box office, but it remains one of the best made political dramas in India.

After some heavy dosage movies, Mani Ratnam decided to go a little light by making this romantic entertainer, that marked the big screen lead debut of R Madhavan and endeared Shalini to Tamil audiences. But I might be wrong in calling Alaipayuthey as a light entertainer. Sure the romance between the leads is cute, and we cheer for them when they rebels against their parents, elope and get married. Most movies end here, but not this one. Mani Ratnam pulls the rug out from our comfortable feet, and shows us that life is not a bed full of roses even if you end up marrying your soul mate. Guess, that’s why we never wanted to have a sequel to DDLJ! 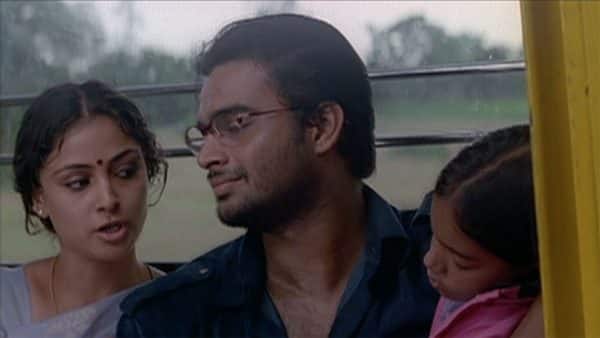 It’s a shame that this well-written, well-directed family drama has not been successful as Bombay and Roja. Kannathil Muthammital is about how a family helps their adopted daughter find her real parents and how that search leads them to LTT-ridden Jaffna. R Madhavan and Simran, who play the adoptive parents, deliver terrific performance, but it’s the child actress, P. S. Keerthana, who is the life and soul of the movie. Filled with heart-wrenching moments, the movie will leave you teary-eyed by the time the end credits start rolling. 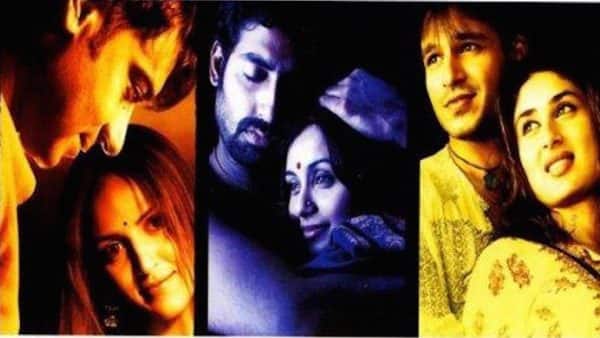 Another Mani Ratnam (actually two) movie that has aged well with time, though the Bollywood version had a lukewarm response when it released at the box office. This was the first time he attempted to make a movie in two languages, with a nearly different set of actors for both Hindi and Tamil versions, and also attempt a multi-thread narrative a la Amores Perros. The attempt worked fine, as Mani Ratnam meshes ganster genre, student politics, and youthful romance in an engaging manner, and also extracted fine performance from his cast. 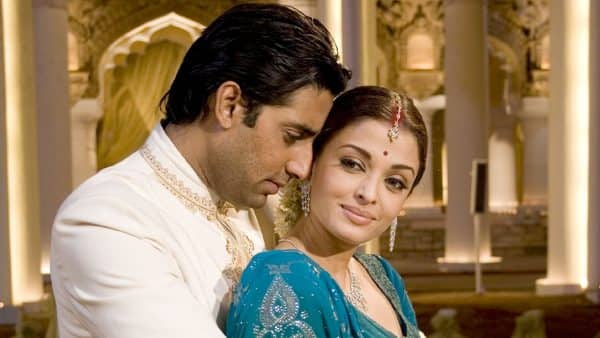 This was an Abhishek Bachchan movie as much as it was a Mani Ratnam movie. Guru was Abhishek’s finest performance, something he had a hard task to match up to, while Mani Ratnam attempted to make a biopic-life inspirational tale of a go-getter, without being a biopic. The climatic speech is one of the best monologues delivered in Indian cinema. Apart from Abhishek, even the rest of the cast, including Aishwarya Rai Bachchan, Mithun Chakraborty, R Madhavan and Vidya Balan, pitch in admirable acts.

In 2015, Mani Ratnam caught up with the times and gave us a refreshing modern-day romance in the form of OK Kanmani. The story was about a young couple who fall in love but there's a problem - both don't want to get married before they be going separate ways soon. So they decide to live-in and make the most of their time together. The fact that Mani Ratnam chose Dulquer Salmaan and Nithya Menen for this movie only made things better. Their innocent yet sexy chemistry was the highlight of O Kadhal Kanmani. Her infectious smile, his boyish charm won us over totally. AR Rahman's groovy compositions were another talking point.