Manmadhudu 2 is currently being shot in Portugal and both Nagarjuna and Rakul Preet are part of the schedule. 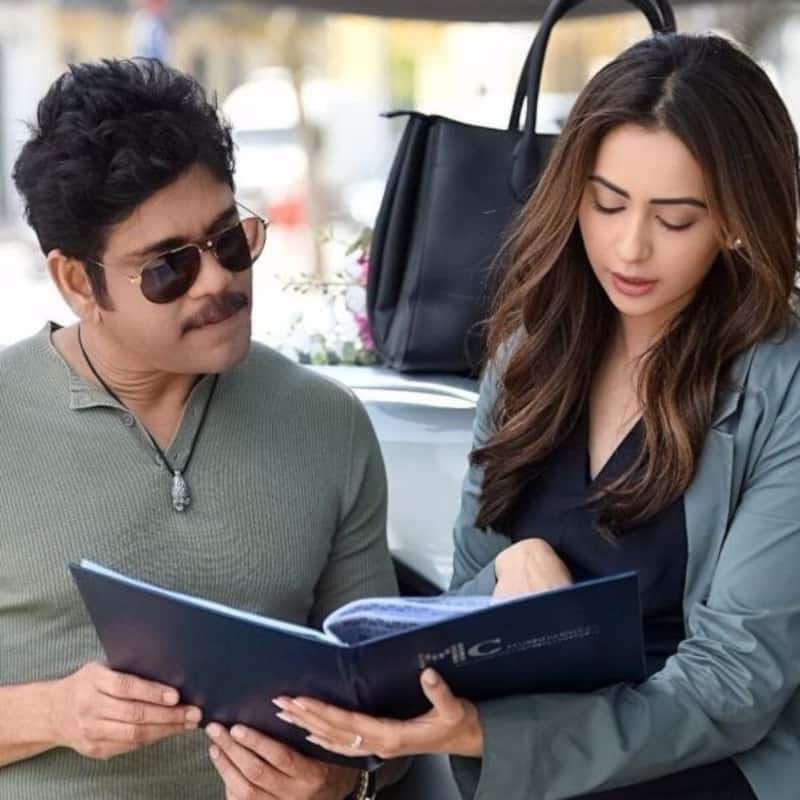 Telugu actor Akkineni Nagarjuna has begun shooting for Manmadhudu 2 which is a sequel to the 2002 release with the same title. Directed by Rahul Ravindran, Manmadhudu 2 also stars Rakul Preet as the leading lady. The unit of the film is currently shooting in Portugal and both the lead actors are part of the schedule. And as the shooting is in progress, few pictures from the sets have been released from the film. Akkineni Nagarjuna seems to be aging backwards and is one of the rare actors in Indian cinema who is redefining cinema. Rakul Preet Singh looks stunning in these pictures and the actress is beauty personified in them. Check them out right here: Also Read - Adipurush actor Prabhas to Thalapathy Vijay: These South Indian superstars look flawless even without make-up

Currently the film is being canned in Lisbon and Porto cities

Manmadhudu was released in 2002 and was directed by Vijay Bhaskar. The story of the film was about a young man who has a heartbreak and vows to never deal with women in life. Filled with multiple emotions, the story of the film was laced with boundless humour. The story of Manmadhudu was penned by Trivikram Srinivas who hadn’t turned to direction back then. Sonali Bendre played one of the leading ladies in the film while debutante Anshu played a brief role in the plot. Also Read - Cuttputlli movie review: Akshay Kumar finally bounces back with this dark psychopathic thriller that merited a big-screen release

Manmadhudu 2 will be Rahul Ravindran's second directorial after making his debut with Chi La Sow with Sushanth and Ruhani Sharma in lead roles. Rahul's directorial debut won him great accolades and made way for more films as filmmaker. Before turning to direction, Rahul Ravindran has acted in films like Andala Rakshasi, Tiger, Srimanthudu and many others. Also Read - Thank God: Ajay Devgn, Sidharth Malhotra, Rakul Preet starrer on track for Diwali release with zero script changes; all talk to the contrary is false [Exclusive]

Speaking about Nagarjuna, the veteran actor-producer will also be seen in Bollywood film Brahmastra which is directed by Ayaan Mukherji. Besides Nag, the big-budget film also stars Amitabh Bachchan, Ranbir Kapoor and Alia Bhatt in other lead roles.