Naga Chaitanya spills the beans about Laal Singh Chaddha, Thank You and about acting for more number of Hindi films 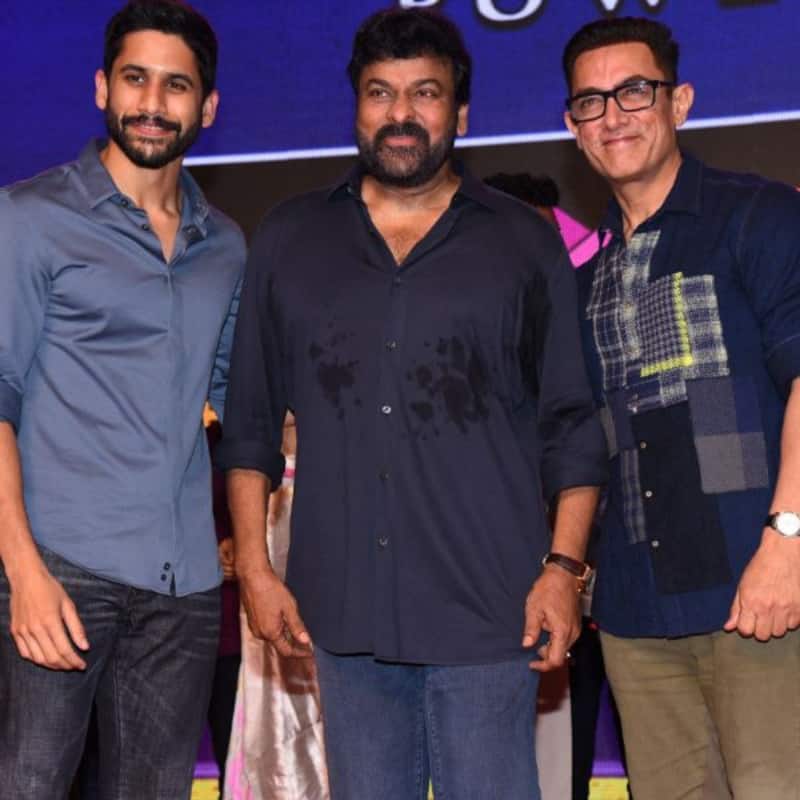 Naga Chaitanya is super excited for the release of his upcoming film Thank You. Besides this film, he is awaiting the release of his Bollywood debut film Lal Singh Chaddha which has Aamir Khan in the titular role. Chay is playing a key role in this film and he calls it his dream project. Aamir Khan was recently in Hyderabad to organise a special show of Lal Singh Chaddha for a few biggies in Telugu film industry. Also Read - Raksha Bandhan box office collection day 1 prediction: Akshay Kumar starrer set for slower start than Laal Singh Chaddha but may track better than Aamir Khan film

Megastar Chiranjeevi hosted this show at this residence for Aamir Khan and Chay. RRR director SS Rajamouli, Pushpa director Sukumar, and Nagarjuna Akkineni were also invited to the special show and the response from them is something Chay is super happy about. Also Read - Trending South News Today: Mahesh Babu shares interesting deets about SS Rajamouli's movie, Rashmika Mandanna on dating and breakup rumours with Vijay Deverakonda and more

“Chiranjeevi garu watched the film and was all praises to my acting. He congratulated Aamir sir for making such a beautiful film. It was a surreal experience for me to watch the film with them. They shared their feedback and some inputs to the final cut and the words everyone spoke about my performance made me super thrilled. I can’t wait for the film to release and to see the audience’s reaction to it,” said Naga Chaitanya. When asked if he is interested in working for more films in Bollywood, Chay said he chose to work for Lal Singh Chaddha only because he would get to work with Aamir Khan. Also Read - Naga Chaitanya's film with Parasuram delayed due to Rashmika Mandanna? Here's what we know

Naga Chaitanya opens up about working with Aamir Khan

“Working with Aamir sir was an experience that will be cherished forever. He taught so many lessons for a lifetime. If the audiences in the north accept me, only then I will think of working for a greater number of Hindi films. Actually, I am happy working for Telugu films and will soon venture into Tamil cinema as well,” adds Chay who is currently busy working Amazon’s Dootha web series which is being directed by Vikram K Kumar again.