It was reported that Nayanthara and Vignesh Shivan had sold the digital streaming rights of their wedding to OTT giant Netflix for a whopping Rs 25 crore. However, Netflix has reportedly dismissed the deal and refused to stream their wedding. 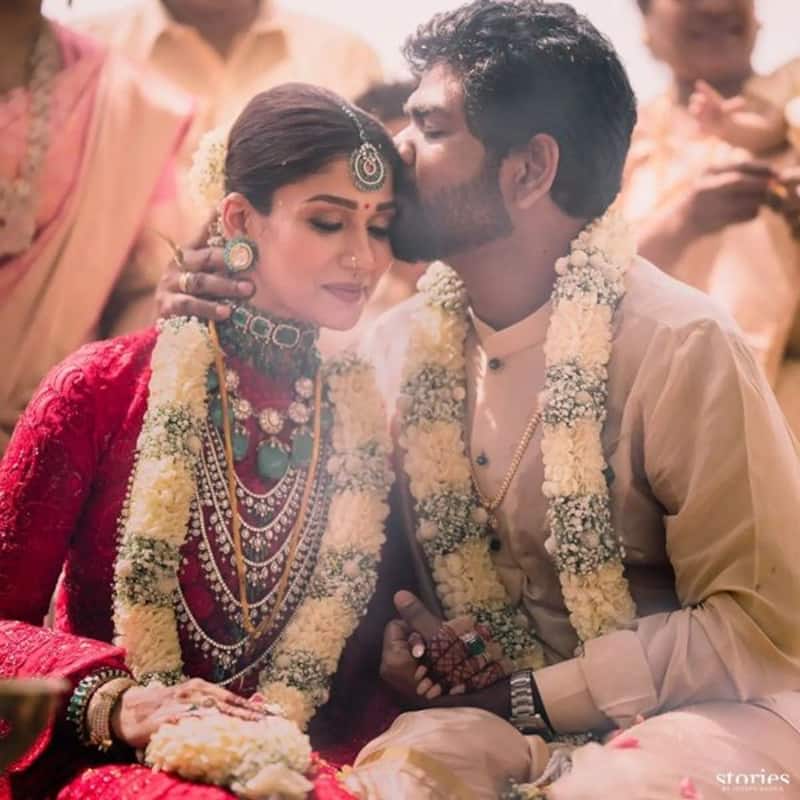 Nayanthara and Vignesh Shivan tied the knot on June 9 at a grand and glittering ceremony at a resort in Mahabalipuram in the presence of close family members and a host of friends from the film industry. It was reported that the couple had sold the digital streaming rights of their wedding to OTT giant Netflix for a whopping Rs 25 crore. However, Netflix has reportedly dismissed the deal and refused to stream their wedding. Also Read - Nayanthara: A look at the lesser-known facts about the Lady Superstar that only her diehard fans know

According to the reports, the decision of Netflix to not stream the wedding has apparently come after Vignesh recently shared a few pictures from their wedding on his Instagram handle. To mark the completion of one month of their wedding, Vignesh posted a series of pictures of some of the celebrity guests such as Rajinikanth, Shah Rukh Khan and director Mani Ratnam who attended their grand wedding function. Also Read - Christmas 2022: Nayanthara and Vignesh Shivan celebrate their FIRST Xmas with their twin boys; meet the cutest Santa Claus ever

Apparently, Vignesh felt that there shouldn't be much delay for the couple to not share their wedding pictures as it would make their fans lose interest in their marriage ceremony. While Netflix's decision has come a huge disappointment for fans, Nayanthara is also saddened by the sudden turn of events. Also Read - Nayanthara to Samantha Ruth Prabhu: These South Indian actresses are the richest [Watch Video]

If the reports are to be believed, Netflix has covered the entire cost of Nayanthara and Vignesh's wedding and its festivities. Booking rooms at a five-star hotel in Mahabalipuram, erecting a big glass palace on the beach, food worth Rs 3500 per meal, expensive make-up artists and security guards were also arranged from Mumbai.