NGK craze: Fans put up a 215 feet cut-out of Suriya at a theatre in Tamil Nadu

In Tiruttani, fans of Suriya have built a 215-feet cut out at a cinema hall in the town which is now the focal point on social media. 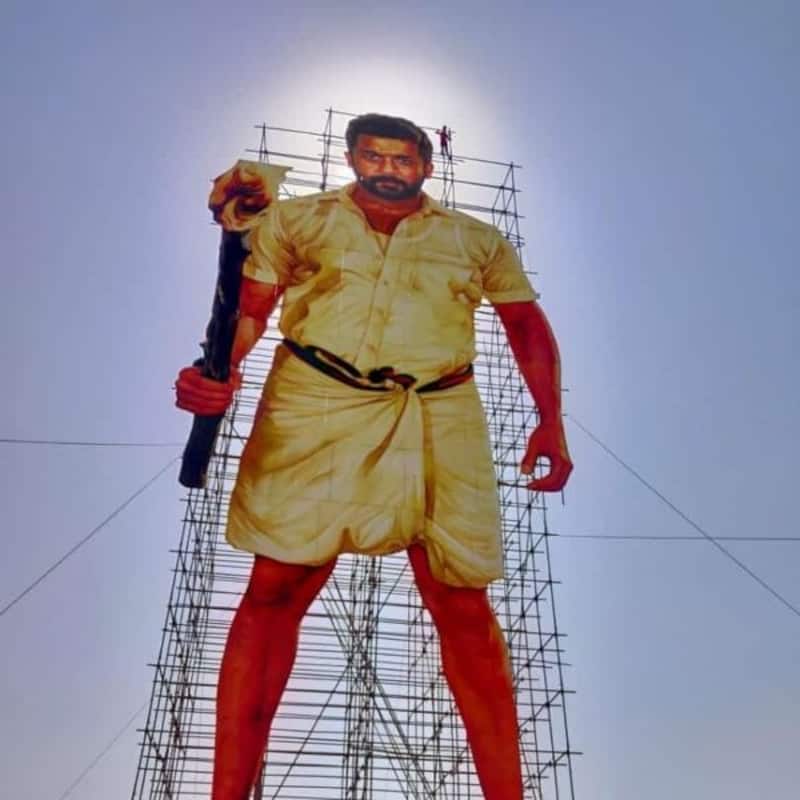 Suriya-starrer NGK is a day away from release and fans of the actor are going gaga about this political thriller directed by Selvaraghavan. NGK is the first collaboration of the actor and director and fans of the star are quite kicked about it. The craze around the film is at unimaginable level and fans are doing all that they can about the film. And the latest we hear about it is fans have built a huge cut out for Suriya at a theatre in Tamil Nadu. In Tiruttani, fans of Suriya have built a 215-feet cut out at a cinema hall in the town which is now the focal point on social media. Fans are celebrating the film and taking it a new level altogether creating a huge buzz around the film. Check out the photos right here: Also Read - Rana Daggubati deletes all Instagram posts on his second marriage anniversary; wife Miheeka Bajaj shares unseen pics

Directed by Selvaraghavan, NGK is touted to be a political action-drama and features Suriya in an intense role. The actor is seen channeling his inner intensity in the recently released poster which also confirms that the release date of the film will be May 31 worldwide. Also Read - Inside Birthday Girl Huma Qureshi's party with bestie Rakul Preet and more stars

Suriya’s intense act in the recetly released trailer has left his fans amazed who are going gaga on social media about it. Internet is breaking with messages about NGK and fans' joy is boundless about the trailer. NGK also features Sai Pallavi and Rakul Preet as the leading ladies in the film. Suriya is everything fans to see him as on silver screen and messages on social media are proof of it. Watch the trailer here ICYMI… Also Read - Trending South News Today: Maaveeran first look video, Ram Charan's wife Upasana clarifies 'not having kids' statement and more

Directed by Selvaraghavan, NGK will be the first collaboration of the director and Suriya and fans expect fireworks in the film. The director's previous films have been super hits and expectations on NGK will be similar. While the wait for NGK trailer was quite long, fans feel it was worth every moment.