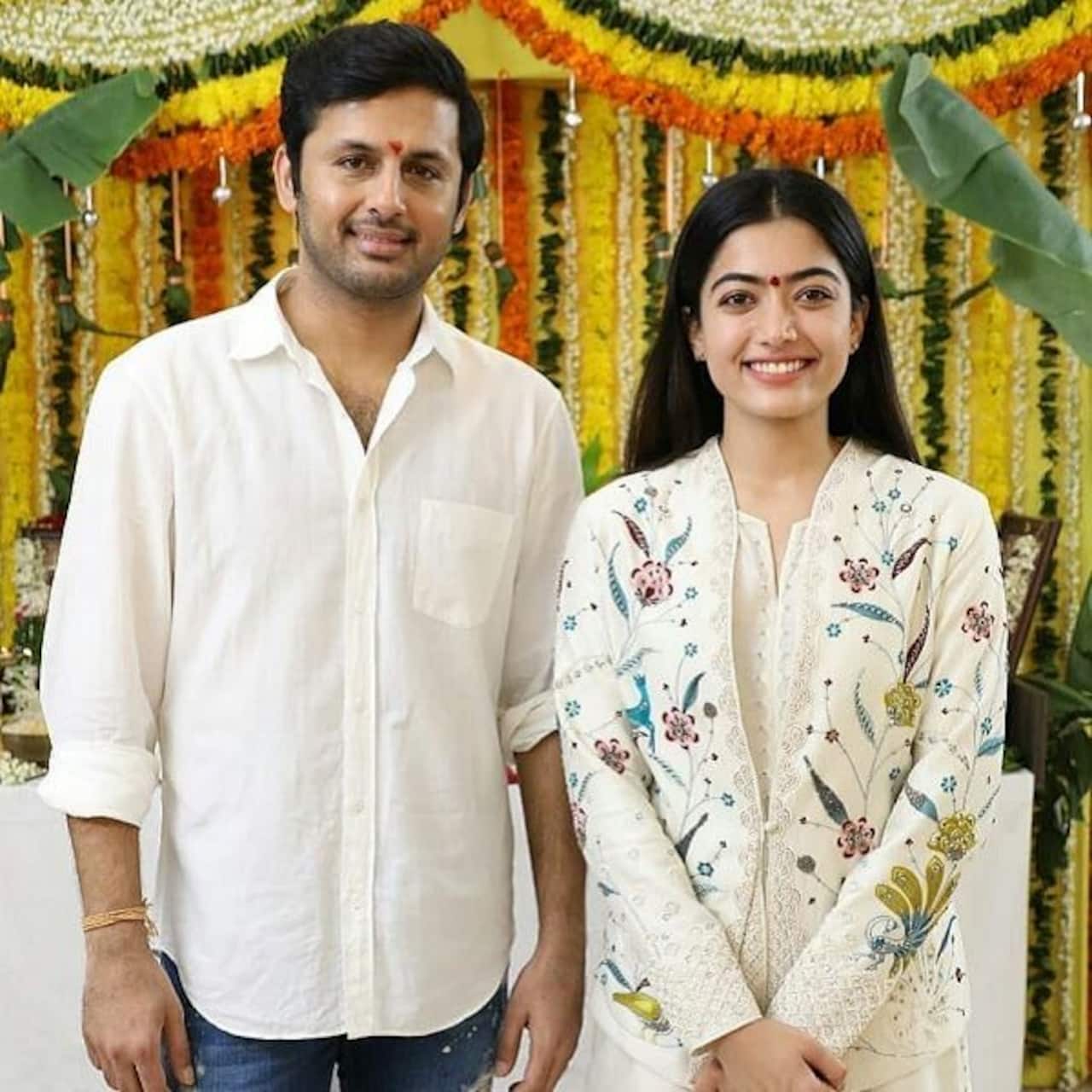 A few days back, the makers of Nithiin and Rashmika Mandanna starrer Bheeshma launched the film with a pooja ceremony and today, the Tollywood superstar has started shooting for the film. The actor shared the news on his Twitter account and wrote, "Almost after an Year I am back in front of the camera A new day, new look, a new character. Very Excited to kickstart this new journey... BHEESHMA shoot begins!! ⁦@VenkyKudumula⁩ ⁦@iamRashmika⁩ ⁦@vamsi84⁩ ⁦@SitharaEnts⁩" Also Read - Rashmika Mandanna, Samantha Ruth Prabhu and more: Top South Indian actresses and their most shocking controversies

Almost after an Year I am back in front of the camera?A new day, new look, a new character. Very Excited to kickstart this new journey... ?
BHEESHMA shoot begins!!
⁦@VenkyKudumula⁩ ⁦@iamRashmika⁩ ⁦@vamsi84⁩ ⁦@SitharaEnts⁩ pic.twitter.com/tWY8oBWtZD

Talking about the film, director Venky Kudumula had earlier said, “Bheeshma will act as a brand ambassador for everybody who is single. That, in fact, is what the film is predominantly about — singledom — and Nithiin will be seen at his comic best in it. We have penned his characterisation in a manner that it is high on comic quotient. At the same time, however, we have also tried to explore another angle in him.”

Talking about her lead actress Rashmika, Venky had said, “I have worked with Rashmika in Chalo, and she has this uncanny knack of slipping into any role with great ease. So I decided to cast her in this film too.” Rashmika will be seen next in Dear Comrade. Talking about the film, Vijay is essaying the character of a student leader from a communist family, while Rashmika is seen as a cricketer playing for Telangana state. The film is produced under the banner of Mythri Movie Makers, who had delivered hits like Srimanthudu and Rangasthalam. It is scheduled to hit the screens on July 26. Also Read - Animal BTS Leaked: Ranbir Kapoor's video from sets goes viral, fans call him 'badass'

So, are you excited for Bheeshma? Tweet to us @bollywood_life