Oh Baby is an adaptation of a South Korean film titled Miss Granny and will have Samantha Akkineni and veteran actress Lakshmi playing crucial roles. 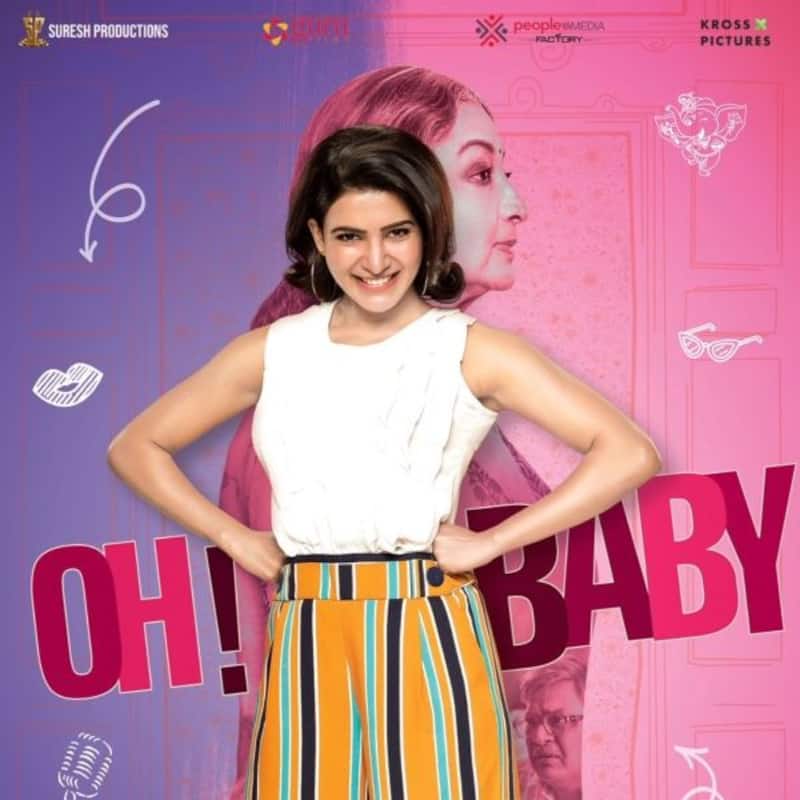 Samantha Akkineni began 2019 with a bang in the form of Majili which starred her husband Akkineni Naga Chaitanya and debutante Divyansha Kaushik. Directed by Shiva Nirvana, Majili turned out to be a hit and made some decent numbers at the box office too. Samantha then followed it up with Tamil film Super Deluxe which went on to be termed as a cult classic. Directed by Kumararaja Thiagarajan, Super Deluxe also starred Vijay Sethupathi, Fahadh Faasil and Ramya Krishnan in other important roles. The film went on to become another success and got added to the long list of hits for Samantha Akkineni. The gorgeous actress is now gearing up for the release of her upcoming film Oh Baby which is directed by Nandini Reddy. Also Read - Laal Singh Chaddha actor Aamir Khan breaks down as he recalls not having money for school fee due to his family debts

Oh Baby is an adaptation of a South Korean film titled Miss Granny and will have Samantha Akkineni and veteran actress Lakshmi playing crucial roles. The first look of the film was unveiled yesterday by Samantha via her social media pages which revealed her look from the film. In the poster, actress Lakshmi is also seen hinting that their characters could be interlinked. And reacting to the poster, Samantha's hubby Naga Chaitanya says that the character of the actress is similar to what she is in real life. "Oh baby ! @Samanthaprabhu2 can't wait for everyone to watch you in this .. the character is sooo you .. all the best to the team and congratulations @SureshProdns[sic]," said Chaitanya in his tweet about Oh Baby. Check it out right here: Also Read - Laal Singh Chaddha story LEAKED online: Aamir Khan and Kareena Kapoor Khan's film plot emerges from 1984 Sikh riots? Here's what we know

Congratulations to @SureshProdns on completing 55 years of an absolutely legendary journey. I'm very happy to be a part of their next. Here's introducing you all to #Swathi from #OhBaby @nandureddy4u enjoyment maamul ga undadu??@peoplemediafcy | @gurufilms1 pic.twitter.com/rJ6wae3wny

Oh baby ! @Samanthaprabhu2 can’t wait for everyone to watch you in this .. the character is sooo you .. all the best to the team and congratulations @SureshProdns https://t.co/tQjTILctZ7

Besides Samantha and Lakshmi, Oh Baby also stars Naga Shaurya, Rajendra Prasad, Aishwarya and Teja Sajja in other crucial roles. The film is being produced by Suresh Babu and Vivek Kuchibotla jointly and is presented by Suresh Productions. The music of the film is composed by Mickey J Meyer. Oh Baby is the second collaboration of director Nandini Reddy and Samantha Akkineni after Jabardasth in 2013. Also Read - Kaun Banega Crorepati 14: Aamir Khan tells Amitabh Bachchan about Laal Singh Chaddha's special connect with Ramayana

A post shared by Samantha Akkineni (@samantharuthprabhuoffl) on Mar 15, 2019 at 6:58am PDT