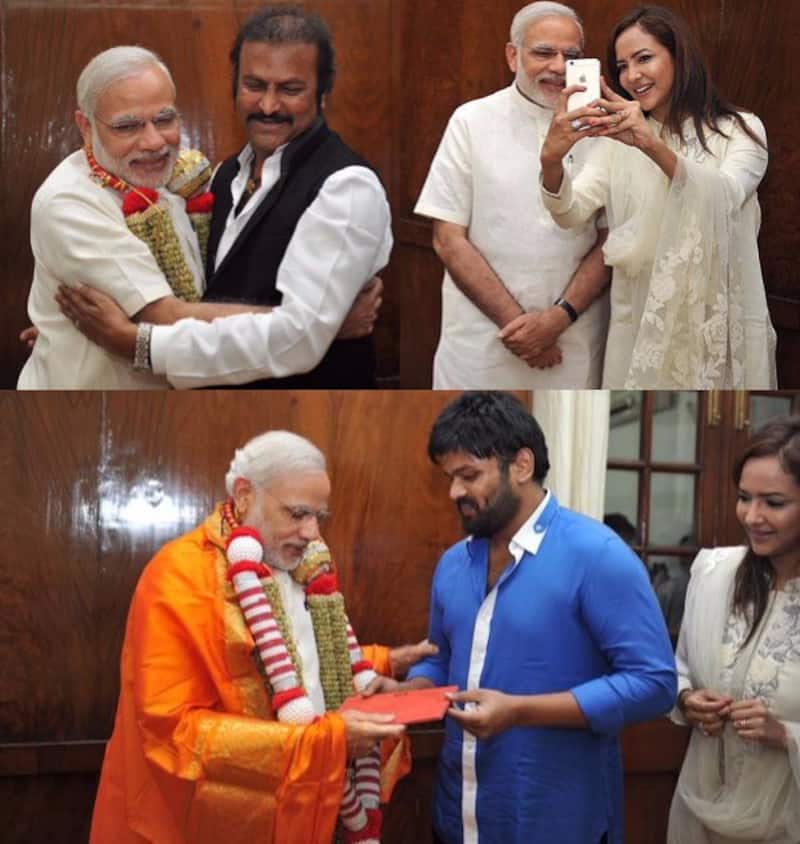 The Telugu star recently met NaMo along with his family, as he personally invited the PM for his wedding on May 20

Be it Rajinikanth, Salman Khan or Pawan Kalyan, Prime Minister Narendra Modi has maintained cordial relationship with the members of film fraternity. After his Swacch Bharat campaign received overwhelming support from the actors, the bond between NaMo and the film stars has only strengthened. Also Read - Bigg Boss 16: Sunny Waghchoure of Golden Boys CONFIRMED as a wild card contestant; 4 more 'challengers' to enter Salman Khan's show? [VIEW LIST]

Actor-politician Mohan Babu recently met Modi at Parliament House, along with his daughter Lakshmi Manchu and his son Manoj Manchu. The occasion for this visit was that the Manchu family wanted to invite the PM for the wedding of Manoj Manchu on May 20. Last month, the Current Theega star got engaged to his long time sweetheart Pranathi Reddy in a star studded ceremony. And now with NaMo invited for the wedding, the ceremony is expected to be grander event. Also Read - Bigg Boss 16: Shiv Thakare fans are FURIOUS as Archana Gautam mocks his BB Marathi win; demand immediate apology [VIEW TWEETS]

A source close to the Manchu's revealed," The family had visited Modi ji to invite him for the wedding of Manoj. Modi ji happily accepted the invitation and was fascinated by its design and art work. The card was designed by renowned painter Ramesh Gurazada". Also Read - Prabhas-Kriti Sanon, Ananya Panday-Kartik Aaryan and more: When friends revealed all about secret relationships of Bollywood actors

" PM Modi, who was really touched by the family's gesture to invite him, said that he will try to attend the wedding if it doesn't clash with his China trip," added the source. Lakshmi Manchu didn't miss this occasion to click a selfie with the PM. Will NaMo grace Manoj Manchu's wedding with his esteemed presence? We have to wait and watch.