Aishwarya Rai Bachchan has thanked Mani Ratnam for making her a part of his upcoming magnum opus Ponniyin Selvan. She sought his blessings by touching his feet on the stage. 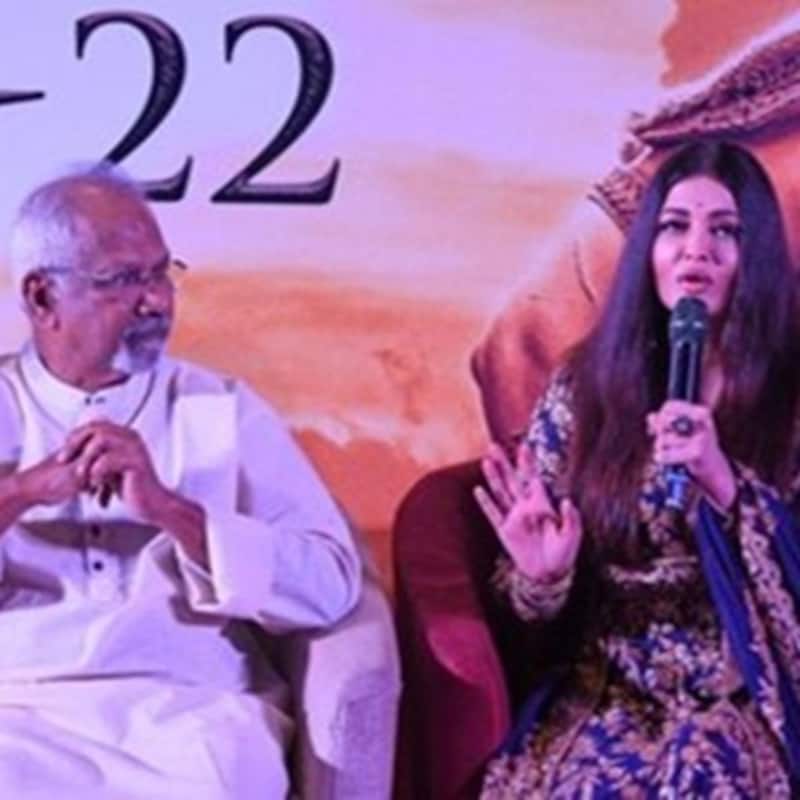 Aishwarya Rai Bachchan is all set to make a comeback into films after a hiatus of six years. She was last seen in Karan Johar's Ae Dil Hai Mushkil and she is gearing up for the release of her upcoming magnum opus Ponniyin Selvan. And Aishwarya couldn't thank Mani Ratnam more for making her a part of such larger-than-life project. Also Read - Janhvi Kapoor, Alia Bhatt and more: A sneak-peek at Bollywood stars' phone wallpapers

"I have always been fortunate to be part of larger-than-life projects, but what makes this special is that it is Mani sir's film. This movie is a labour of love and the guru is Mani Sir. It is such an enticing, intriguing and exciting film. How fortunate we are that we are a part of this magnum opus," Aishwarya was quoted as saying by IANS at an event in New Delhi. Also Read - Latest entertainment news: Alia Bhatt, Ranbir Kapoor planning to reveal daughter Raha's face; Varun Dhawan hints at Kriti Sanon-Prabhas relationship and more

She was all praise for the entire team of Ponniyin Selvan, from the cast to the camera persons, to everyone else, and how they have created magic together. After praising Mani Ratnam, Aishwarya sought his blessings by touching his feet on the stage. Aishwarya has previously been cast by Mani Ratnam in Iruvar, Guru and Raavan. Also Read - Nora Fatehi to Alia Bhatt: Bollywood Divas who revealed their vulnerable side and cried in public

Aishwarya also spoke about the idea of pan-India films and how they are now accessible through different platforms and people are embracing it with open arms in all parts of the country.

In the movie, Aishwarya will reportedly be seen in a double role. She will be seen playing the role of queen Nandini and Mandakini Devi. The film's promotions sum up the thought behind the character with the words, "Vengeance has a beautiful face."