Ponniyin Selvan I: Aishwarya Rai Bachchan attended the special screening of the film with Aaradhya Bachchan. She shares a great rapport with Mani Ratnam. Here's proof. 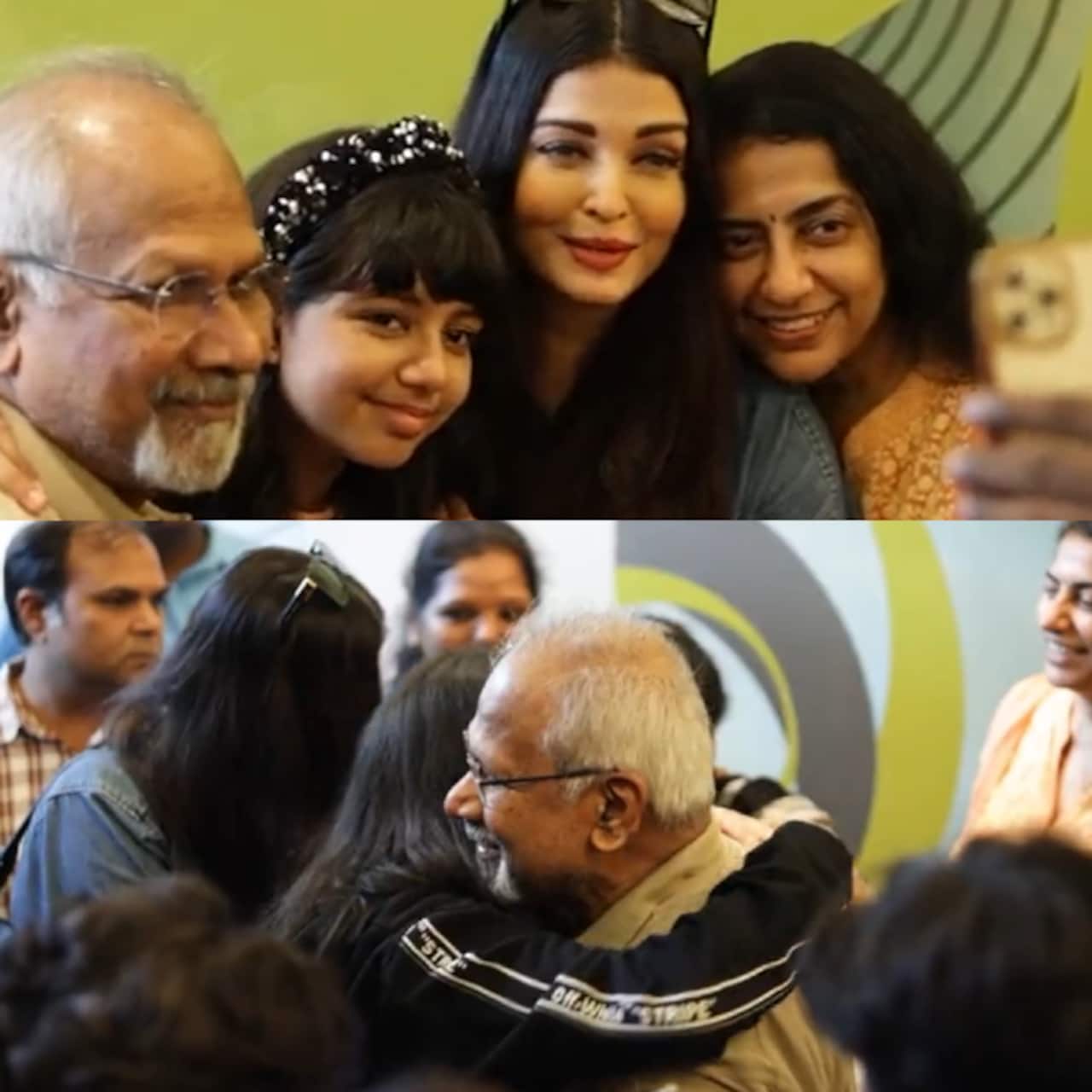 Ponniyin Selvan I starring Chiyaan Vikram, Aishwarya Rai Bachchan, Trisha, Sobhita Dhulipala and others has turned out to be a hit. The film is doing wonders at the box office and of course, the team is extremely elated with all the positive reviews coming in. The theatres are running houseful and not just in India but even abroad Ponniyin Selvan I is creating a great frenzy. So to celebrate the win, the team organised a special screening of the movie. And the special guest seemed to be Aaradhya Bachchan. Also Read - Subhash Ghai Birthday Bash: Salman Khan, Aishwarya Rai Bachchan, Kartik Aaryan and others make stunning entries at the party

As all of them gathered to watch the film and celebrate its success with director Mani Ratnam, Aishwarya Rai Bachchan and Abhishek Bachchan's daughter Aaradhya Bachchan also joined the team. In a video shared by the production house, one can see the entire star cast of Ponniyin Selvan I cheering for the ace director. Aaradhya Bachchan standing next to Aishwarya Rai is also rooting for Mani Ratnam and later we see her giving a warm hug to him. It is pretty sweet to see. Also Read - Salman Khan, Aishwarya Rai Bachchan, Kartik Aaryan and more Bollywood celebrities grace Subhash Ghai’s birthday bash

Take a look at Aaradhya Bachchan's video below:

Earlier, in an interview with News18, Aishwarya Rai Bachchan had spoken about Aaradhaya visiting the sets of Ponniyin Selvan I. She had also mentioned that the little one has great admiration for Manu Ratnam. Aishwarya was quoted saying, "I have an admiration of working with Mani sir and I have seen Aaradhya has a lot of respect him and in awe of him and what excited her most was the day when she was on the set and Mani sir gave her the opportunity to say ‘action’." Also Read - Worst Dressed Celebs of the week: Mouni Roy, Sara Ali Khan, Rashmika Mandanna and more stars couldn’t click with their sartorial choices