Ponniyin Selvan: Trisha Krishan opens up on her working experience with Aishwarya Rai Bachchan and says Mani Ratnam sir didn't want them to bond well on the sets. 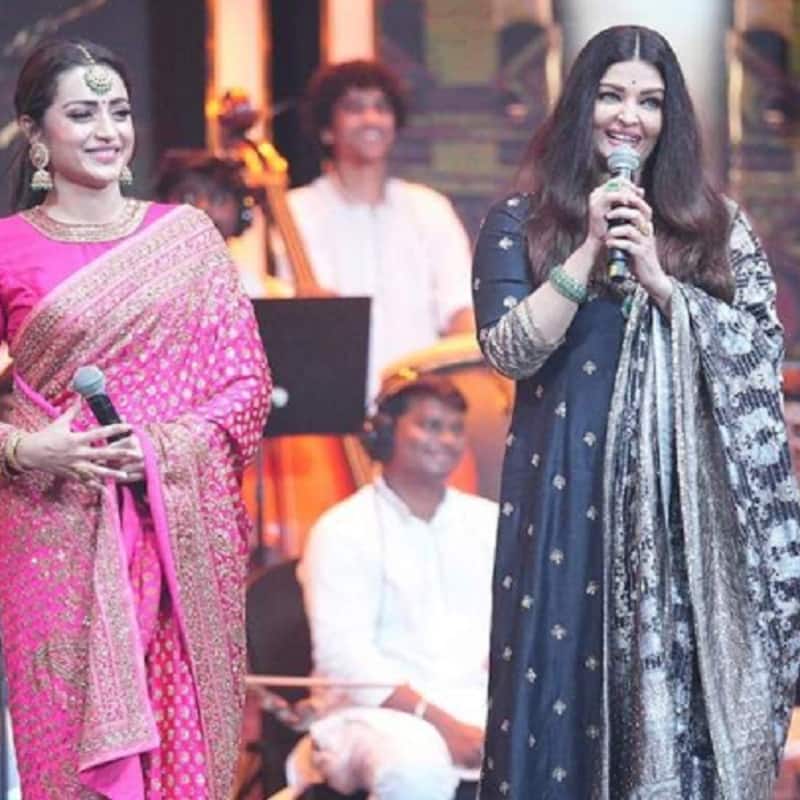 Aishwarya Rai Bachchan is all set for her release of the South film Ponniyin Selvan along with Trisha who is a huge fan of the beauty queen. However, Trisha Krishnan calls working with her challenging because she was not supposed to like her too much in the film. In her latest interaction, she was asked to share her working experience with Aishwarya and she said that fortunately, she got to meet and interact with her on day one of the shoot. Trisha called her beautiful inside out and said I don't even need to say that. " The thing is, this was challenging because we are not supposed to like each other too much in this film". Having said that, Trisha even added that they bonded pretty well on the set. Also Read - Aishwarya Rai Bachchan-Mani Ratnam, Deepika Padukone-Sanjay Leela Bhansali and more HIT actress-director duos that have created magic on the big screen

Trisha who cannot get over how gorgeous Aishwarya is even said that there were times when Mani sir (Mani Ratnam) would say, ' ‘listen, you guys are talking too much, stop talking, I can’t have this camaraderie for my scene'. Trisha concluded that it was an honour to work with Aishwarya. Aishwarya Rai Bachchan is coming back onscreen after 4 years of sabbatical and the trailer of the film has left the fans mighty impressed. Talking about working with Mani Ratnam in Ponniyin Selvan, she said that he is my guru and always thanks him for this opportunity yet again. and called it working with Mani Ratnam her teacher and said she will be her student for life . Also Read - Ponniyin Selvan 1 Hindi box office collection: Chiyaan Vikram starrer surpasses the lifetime collection of Kamal Haasan, Thalapathy Vijay and more South stars' dubbed films

Ponniyin Selvan is a magnum opus where Aishwarya and Trisha are the leading ladies and are opposite each other in the film. The film also features Vikram and Sobhita Dhulipala in significant roles. The visuals in the trailer are spell bounding and fans cannot stop going gaga over Aishwarya's ethereal beauty. Also Read - Ponniyin Selvan I: Aaradhya Bachchan giving a warm hug to Mani Ratnam while Aishwarya Rai Bachchan cheers is simply too sweet [WATCH VIDEO]