Ponniyin Selvan: Trisha Krishnan reveals why she and Aishwarya Rai Bachchan got scoldings from Mani Ratnam on the sets

Trisha Krishnan and Aishwarya Rai Bachchan got along well on the sets of Ponniyin Selvan. However, their friendly chemistry irked Mani Ratnam who scolded the two actors at times while they were shooting for the film. 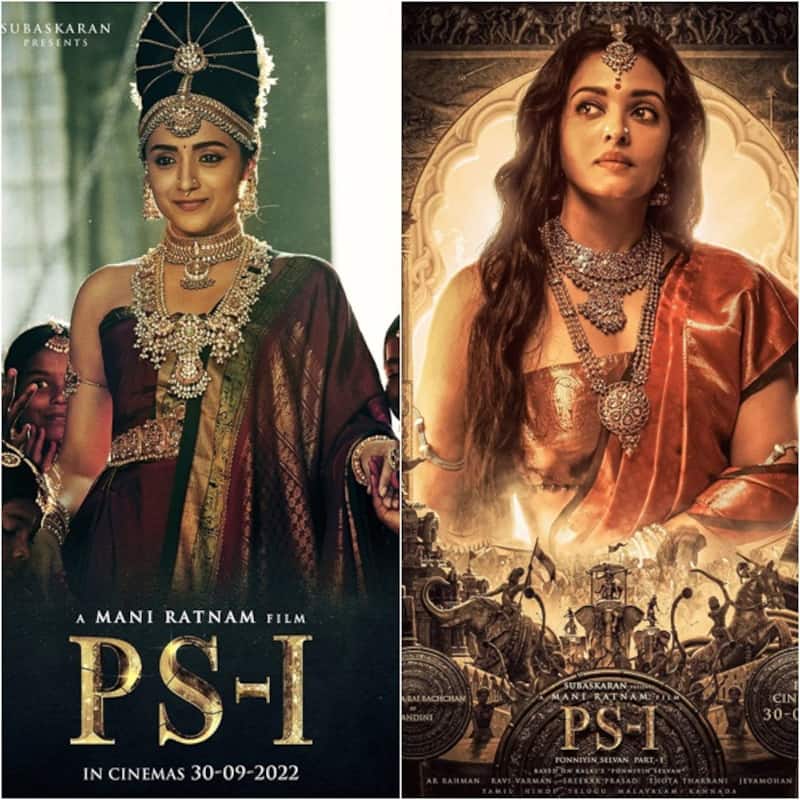 Trisha Krishnan is currently gearing up for the release of Mani Ratnam's upcoming magnum opus Ponniyin Selvan. Apart from Trisha, the movie stars an ensemble cast of Vikram, Aishwarya Rai Bachchan, Karthi and Jayam Ravi in lead roles. In a new interview, Trisha revealed that she and Aishwarya got scoldings from Mani Ratnam on the sets and the reason is hilarious. Also Read - Aishwarya Rai Bachchan-Mani Ratnam, Deepika Padukone-Sanjay Leela Bhansali and more HIT actress-director duos that have created magic on the big screen

Talking about her experience of working with Aishwarya, Trisha couldn't stop showering praises on the former Miss World. She finds Aishwarya really beautiful and revealed that they were required to behave like arch rivals to be in sync with their respective characters. Also Read - Ponniyin Selvan 1 Hindi box office collection: Chiyaan Vikram starrer surpasses the lifetime collection of Kamal Haasan, Thalapathy Vijay and more South stars' dubbed films

However, Trisha and Aishwarya got along with each other so well that they couldn't stop talking with each other. Their friendly vibe irked Mani Ratnam who then at times scolded the two actresses since they were not supposed to like each other in the film. He told them, "Listen, you guys are taking too much, stop talking, I can’t have this camaraderie for my scene." Also Read - Ponniyin Selvan I: Aaradhya Bachchan giving a warm hug to Mani Ratnam while Aishwarya Rai Bachchan cheers is simply too sweet [WATCH VIDEO]

Trisha added that Aishwarya is beautiful inside and out, she is very warm and hardworking across all the actors she was worked with. She said that Aishwarya spoke to her chaste Tamil like how it has to be spoken. Revealing Aishwarya's routine, Trisha said that the actress would get up at 2 am and get ready with the team. Trisha felt very honoured to share screen space with her.

In Ponniyin Selvan, Aishwarya plays the role of Queen Nandini while Trisha will be seen as princess Kundavai in the film, which is based on the classic Tamil novel Ponniyin Selvan by eminent writer Kalki. It will be among the most expensive projects ever undertaken in the country.