Chiyaan Vikram, who has teamed up with Aishwarya Rai Bachchan in Mani Ratnam's Ponniyin Selvan, recalled the time when he first saw Aishwarya before she was crowned as Miss World in 1994 and how she had an oops moment on stage. 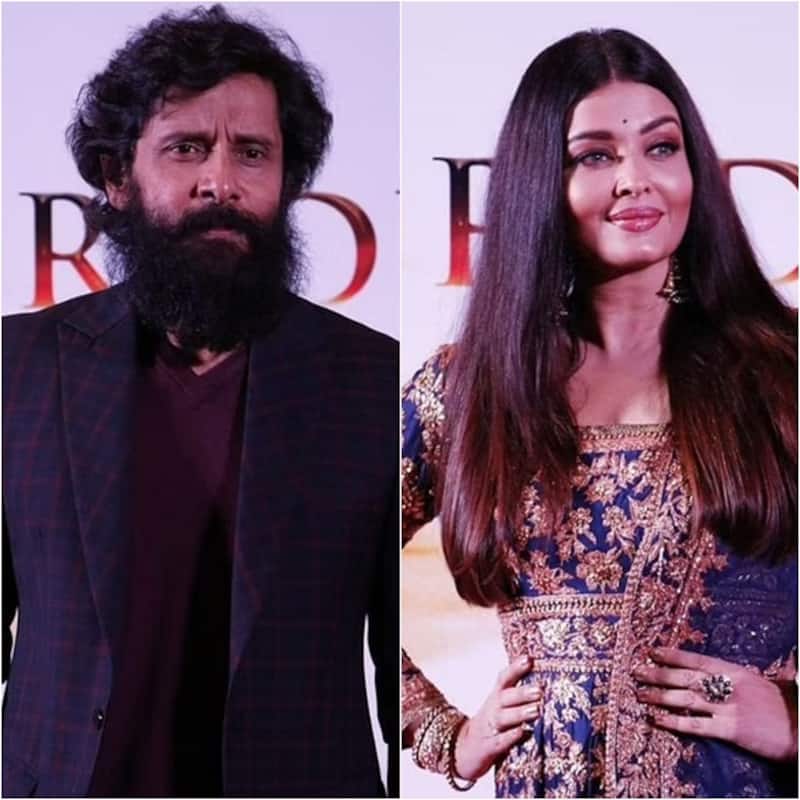 Aishwarya Rai Bachchan and Chiyaan Vikram have teamed up together again for Mani Ratnam's upcoming magnum opus Ponniyin Selvan after nearly over a decade. They were last seen together in yet another Mani Ratnam directorial Raavanan and their chemistry was loved by fans. When Vikram was recently in New Delhi to promote their film, he opened up about Aishwarya being constantly judged and recalled her oops moment on stage even before was crowned as the Miss World in 1994. Also Read - IMDb Most Popular Indian Stars of 2022: Dhanush tops the list, followed by Alia Bhatt, Aishwarya Rai Bachchan and Samantha Ruth Prabhu

Praising Aishwarya for her charismatic personality, Vikram said that there have been many beauty queens but Aish has something that has stolen everyone's heart. He called her picture perfect adding that it is not just about beauty but everything. He said that Aishwarya is always under a microscope and constantly being watched. And despite of all this, she stays perfect and does it in her own style. Also Read - Worst Dressed Celebrity of the week: Aishwarya Rai Bachchan, Disha Patani and more divas who could have done better with their fashion picks

Vikram then went on to recall the time when he first saw Aishwarya when she was yet to win the coveted Miss World title. "The first time I saw her she hadn't even gotten the title yet, I was in the crowd. As she got in, the cloth got caught in her leg and she stumbled and I thought she's gonna fall on her face. She stumbled, she did a couple of missteps, she gathered her poise came back and did the routine whatever she was supposed to do. It struck me this person is going places. I sense that in her, the confidence, the poise, the grace. Anywhere you go, even in Chennai, in south India, even today there will be jewellery stores and saree stores with her picture," he said. Also Read - Kareena Kapoor Khan to Aishwarya Rai Bachchan: Bollywood actors who were labelled as MOST arrogant

Vikram also said that he is often told by fans that he and Aishwarya both look fantastic on screen but they don't get to work together in movies very often. He then praised her dancing skills and admitted that he just forgot himself and lost watching her dance steps during a shot.

He also lauded Aishwarya's professionalism and liked the way she puts into her character. Despite being a mother, looking after her household, spending time with her family members, Aishwarya gets her lines straight. He then told Aishwarya that 'it must be so scary being who you are'.