As Prabhas celebrates his birthday today, here's a look at the few names from the industry whom he calls his best friends.

Prabhas - one name that is familiar to all. The Baahubali star has won hearts of millions with his talent, charm, humility and more. The superstar of South is considered to be one of the kindest and sweetest in the industry. And no wonder everyone wants to be in good books with him. But who does Prabhas consider to be his best friends? On his birthday, let's take a list of stars whom Prabhas considers to be his close friend. Also Read - REVEALED! Real reason why Naga Chaitanya and Samantha Ruth Prabhu's marriage went kaput?

It was during the promotions of Baahubali that Prabhas has picked Allu Arjun as his best friend. They have been friends since a long time and their admiration for each other is commendable. Also Read - Jr NTR-Abhay Ram, Allu Arjun-Allu Arha: These celeb fathers and their kids are taking internet by storm – view pics 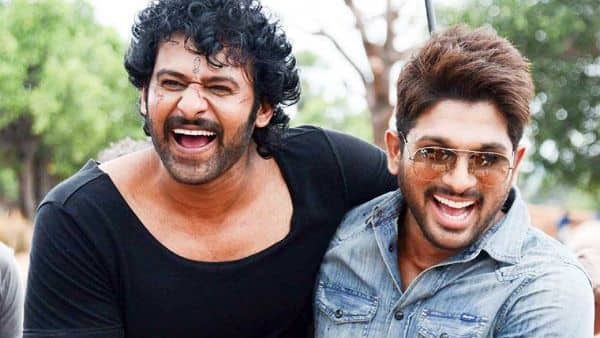 In the past, Prabhas has himself confessed that he shares a great friendship with Gopichand. So much that he had also attended bestfriend Gopichand's kid's birthday party in 2019.

Prabhas' Baahubali co-star Anushka Shetty is also said to be close friend. It is the actress who had once termed Prabhas her 3 am friend. To Deccan Chronicle, she had said, "Prabhas is one of my 3 am friends. We are usually linked up because we are not married, but make an amazing on-screen pair. Had there been anything between both of us, it would have been out by this time. We are of the same kind. We don’t hide any emotions if we are involved."

Prabhas and Rana Daggubati worked together in Baahubali. Though they her rivals in the film, reportedly, they became very good friend on the sets.