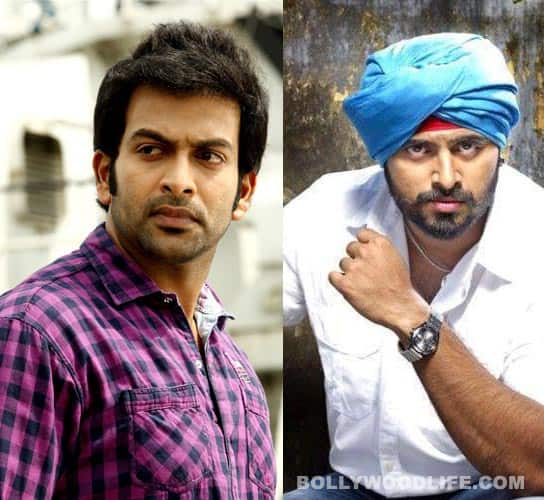 The star loses out on Vysakh's film, just a week after he lost Roshan's flick. Tsk tsk

Prithviraj's run of bad luck continues. He has lost his second film in a week. The star, who is otherwise touted as being stiff competition for veterans Mammootty and Mohanlal has been forced to back out of his much-hyped film Mallu Singh. Yes, Prithviraj has been replaced in director Vysakh's upcoming movie - and that too, by a newcomer, Unni Mukundan.You guys will surely remember how there had been a lot of hype around Mallu Singh and about Prithviraj playing a Sardar and speaking Punjabi. Looks like all that hype didn't help Prithviraj in staying in the film. The director recently released stills from a photoshoot featuring Unni Mukundan as Mallu Singh with his other lead actors Kunchacko Bobban, Manoj K Jayan and Biju Menon. Unni, who was last seen in Mammootty’s Bombay March 12, looks a lot like a real sardar and the images have received widespread fanfare on the web. Also Read - Pushpa sequel Pushpa 2 release date: All updates on Allu Arjun, Rashmika Mandanna film

It is being rumoured that apparently, Prithviraj couldn't give Vysakh the dates he required and the director wasn't wiling to postpone the shoot. So Prithviraj had to drop out and Unni Mukundan entered the cast. Flashback a few days and you will recall all the reports claiming that Prithviraj was replaced by Mammootty in Mumbai Police. While cast changes happen frequently in Mollywood, this is perhaps the first time a star has been replaced in two films in the span of a week. We wonder how Prithviraj plans to bounce back. Also Read - Allu Arjun and wife Sneha's cute snaps will make you believe in true, mad, deep love