Allu Arjun and Rashmika Mandanna starrer Pushpa's fever has reached the wrestling ring. Wrestler Sanga recently did the iconic gesture of Pushpa during a fight. Watch the viral video here... 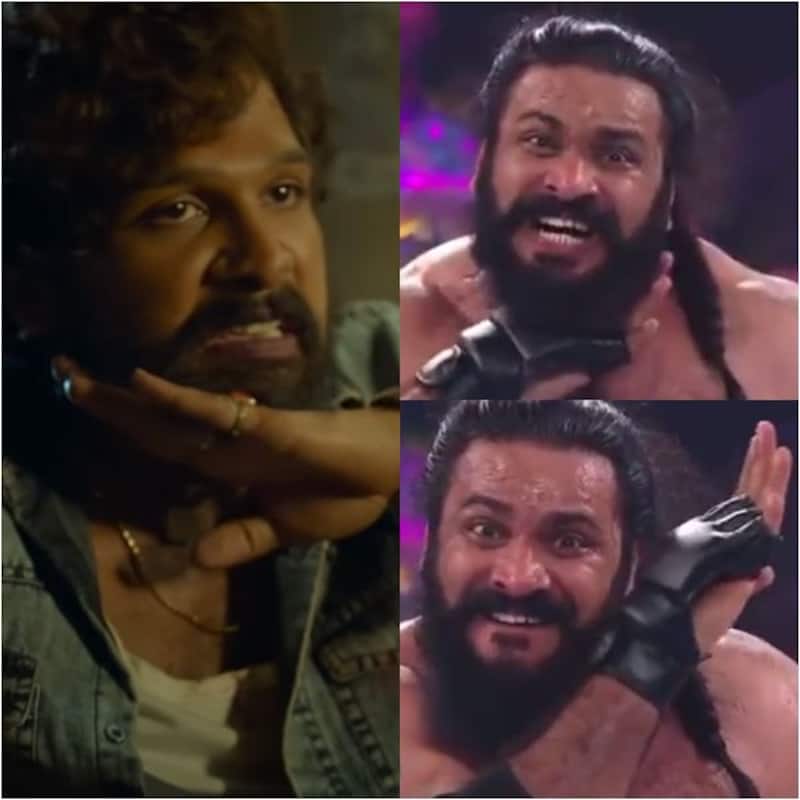 Pushpa: The Rise starring Allu Arjun and Rashmika Mandanna became one of the biggest hits of 2021. It was a Telugu film but did extremely well in Hindi as well. From songs to dialogues, everything about the film was loved by one and all, and the ‘Jhukega Nahi Sala’ gesture that Allu Arjun did in the movie became a rage. Many actors and cricketers recreated the gesture, and now, Pushpa fever has reached the wrestling ring. WWE wrestler Sanga did the iconic Allu Arjun gesture during a fight. Also Read - Jr.NTR making Hollywood debut; check out the list of South Indian stars who have already worked in Hollywood movies

Allu Arjun’s fans and fan clubs have been sharing the video of the same and it has gone viral on social media. Check out the video below… Also Read - Trending South News Today: Karthikeya 2 continues to rule box office, Liger song Aafat criticised for 'rape dialogue' in lyrics and more

We have to say that Pushpa’s effect is really quite strong. The movie was released six months ago, but still people remember tiny details about it. Also Read - Sridevi vs Janhvi Kapoor, Sharmila Tagore vs Kareena Kapoor Khan, Bindu vs Nora Fatehi – the bikinis have become hotter, but Bollywood actresses looked sexier before

Now, everyone is looking forward to the sequel to the film which is titled Pushpa: The Rule. Reportedly, the film’s shooting will kicstart in August this year. There have been multiple reports about the movie’s storyline, casting, budget, and a lot more.

A few days ago, there were reports that Rashmika’s character Srivalli will die in part 2. However, later the makers had denied the reports. Recently, a report also stated that Vijay Sethupathi will be joining cast. But, there’s no official announcement about it.

Pushpa: The Rule is slated to release in 2023, and it is expected that the movie will take the box office by storm not just in Telugu, but in other languages as well especially Hindi. The Hindi dubbed version of Pushpa: The Rise had collected Rs. 108.26 crore which is much higher than many Bollywood biggies that were released in the past few months.