R Madhavan is gearing up for the release of Rocketry: The Nambi Effect. The film, which shows the journey of ISRO scientist Nambi Narayanan was supposed to be directed by Ananth Mahadevan but due to other professional commitments, the actor backed out of the project 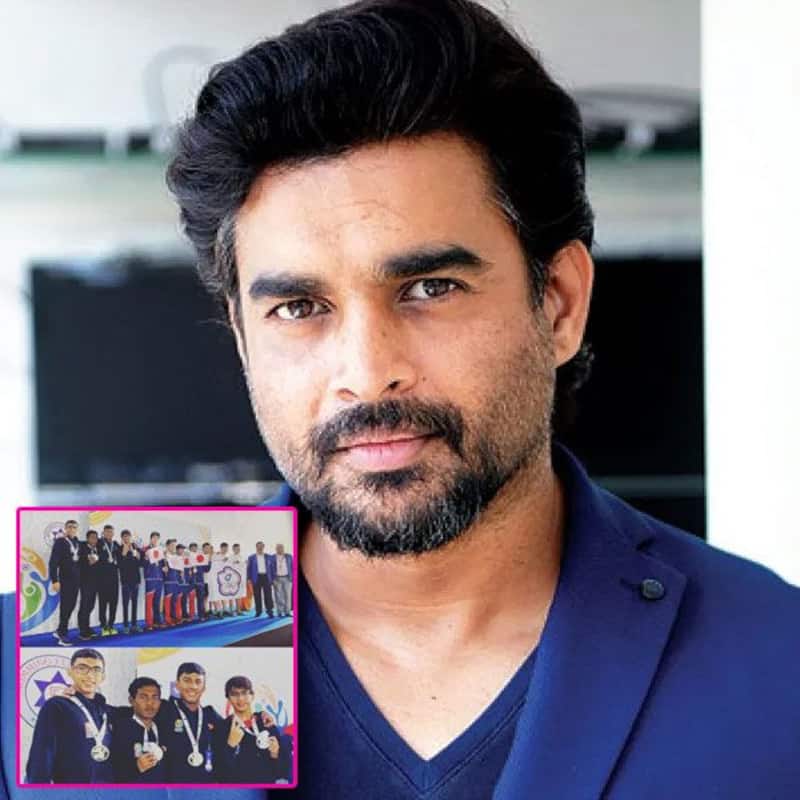 Vikram Vedha actor R Madhavan is a proud dad as his 14-year-old son, Vedaant, who won a silver medal in the international swimming championship in 4X100m freestyle relay. The Tamil star shared the news on Instagram account by sharing collage pictures of his son along with his group with medals and wrote, "India gets her Silver medal at the Asian Age Games . Gods grace .. Vedaants first official medal representing India". Many celebs like Abhishek Bachchan, Raj Kundrra and Rohit Roy commented on his post to congratulate him and his son. Also Read - Independence Day 2022: Shah Rukh Khan, Aamir Khan, Akshay Kumar and more Bollywood actors who highlighted 'Best of Bharat' by playing lesser-known real-life heroes

Vedaant participated along with Utkarsh Patil, Sahil Laskar and Shoan Ganguly to clinch the silver medal in this swimming championship. Meanwhile, R Madhavan is gearing up for the release of Rocketry: The Nambi Effect. The film, which shows the journey of ISRO scientist Nambi Narayanan was supposed to be directed by Ananth Mahadevan but due to other professional commitments, the actor backed out of the project. R Madhavan, who worked on the script for three-and-a-half-years decided to take the director's seat for the project. As a senior official at the Indian Space Research Organisation (ISRO), Narayanan was in-charge of the cryogenics division. In 1994, he was falsely charged with espionage and arrested. The charges against him were dismissed by the Central Bureau of Investigation (CBI) in 1996, and the Supreme Court declared him not guilty in 1998. Also Read - Independence Day 2022: Akshay Kumar, Hrithik Roshan and more Bollywood actors who showcased ‘Best of Bharat’ in THESE movies

Rocketry: The Nambi Effect is a trilingual film, which is shot in English, Hindi and Tamil. The filming of the space drama is done in India, Princeton, Scotland, France and Russia and the film is slated for a 2019 worldwide release. So, are you excited for the film? Tweet to us @bollywood_life.
Also Read - Rocketry The Nambi Effect success party: THIS Vikram Vedha actor makes a surprise entry at R Madhavan's bash
Advertisement
Stay tuned to BollywoodLife for the latest scoops and updates from Bollywood, Hollywood, South, TV and Web-Series.
Click to join us on Facebook, Twitter, Youtube and Instagram.
Also follow us on Facebook Messenger for latest updates.
Advertisement