The film will have a multi-lingual release and will be in Tamil, Telugu, Hindi and English. 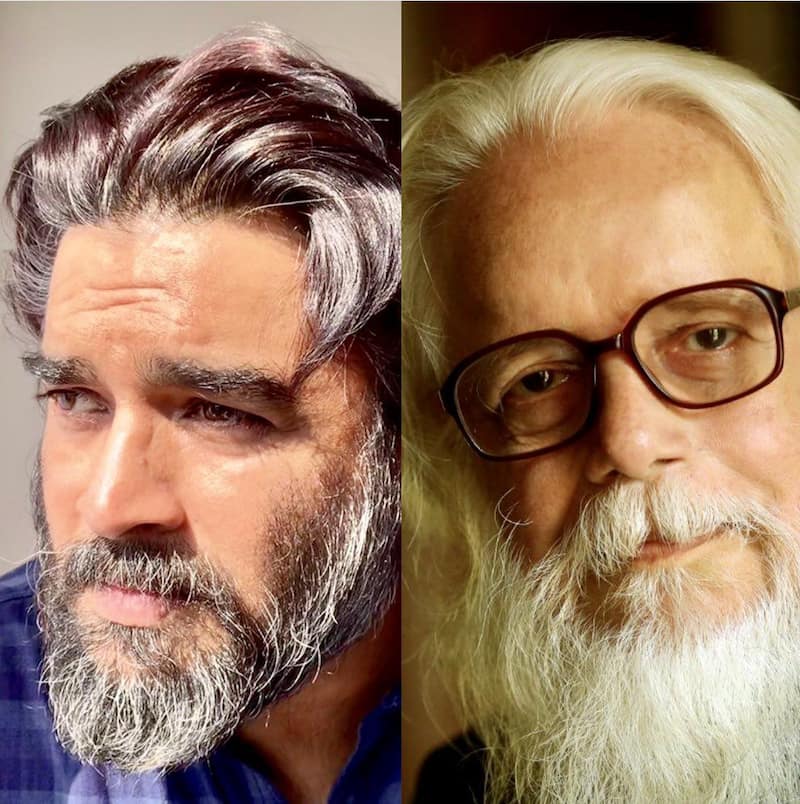 Tamil and Bollywood actor R Madhavan will next be seen in the biopic on aerospace engineer Nambi Narayanan which is being directed by the actor himself and Anant Mahadevan jointly. The teaser of Rocketry was released a while ago and Maddy received great appreciation for choosing a subject which was never done before. The actor has been prepping up for his role as Nambi Narayan in the film and this latest picture of the actor is proof that he has aced it perfectly. Madhavan posted the picture on his social networking pages which is a comparison of his look with Narayanan’s and wrote a heartfelt message about his efforts for Rocketry. "So very tough to get to where you are sir, even merely look look-wise .. But doing my very very best,"[sic] wrote Madhavan in his post along with the picture. Also Read - R Madhavan's critically acclaimed Rocketry to have its Hindi premiere on THIS OTT platform on THIS date – last moment change in digital deal [Exclusive]

@NambiNa69586681 So very tough to get to where you are sir, even merely look look-wise .. But doing my very very best ..@rocketryfilm @Tricolourfilm @vijaymoolan pic.twitter.com/kABXwPWLEL

Rocketry will portray the life of Narayanan from the '90s till recently when he was awarded a compensation by the supreme court, a huge amount from the Kerala government. The film will have a multi-lingual release and will be in Tamil, Telugu, Hindi and English. Nambi Narayanan is one of the top scientists in India who was falsely charged of espionage and arrested in 1994. All the charges against him were dropped by the CBI and the Supreme Court in 1996 and 1998 respectively. Narayanan later went on to be a part of history in the aerospace world of India after he became part of the team which made the first PSLV to be sent to the moon by India. Also Read - Trending South News today: Kichcha Sudeep’s Vikrant Rona trailer will leave you hooked; R Madhavan won’t direct any film after Rocketry: The Nambi Effect and more