Rajini getting back to form 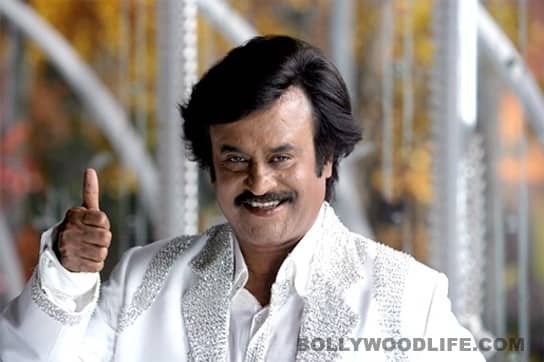 Superstar Rajinikanth has been in a Singapore hospital for a few days now, but there is no cause for worry, says his son-in-law Dhanush, updating the media on his pa-in-law’s condition. The Robot hero was taken abroad by his family so that he could get some rest, a little peace and quiet so he could be healed of whatever was troubling him apart from overwork, exhaustion and – reportedly – allergies. And now Rajini is all raring to go, though he does realise that he needs to take things easier now so that the problems do not recur. For now, he is doing some gentle exercise, mostly in his room at the clinic, and meditates to restore the body-soul balance. But you can’t keep a super-man-star cooped in for too long, can you? So now, Dhanush says, Rajini is getting a little antsy, asking to go out, to go shopping, to take in some of the sights and the food that Singapore is so well known for. Best of all, he has been keeping the hospital staff in splits cracking some of the jokes that he is so well known for. Wethinks this all bodes well for the delayed shoot of Rana and the fervently praying crowds waiting for Rajini to come back all hale and hearty. But we have one question: Rajini may have recovered in Singapore, but will Singapore ever recover from Rajini? Also Read - After getting trolled for his 'old' and 'out of shape' look, Prabhas' new suave avatar goes viral