A teary-eyed Rajinikanth finally reveals why he gave Puneeth Rajkumar's funeral a pass, he even called the late actor a godchild. 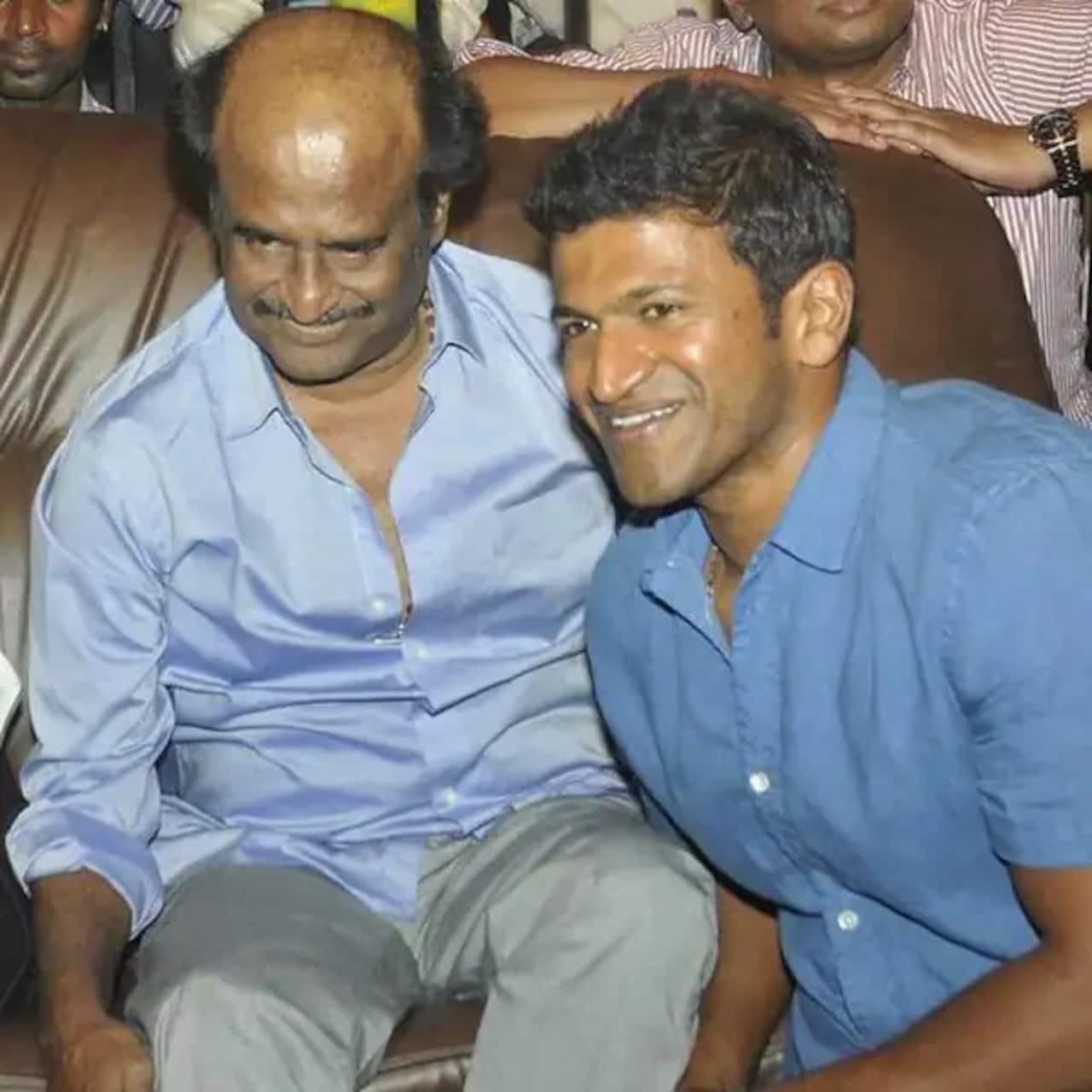 Puneeth Rajkumar's untimely death left the nation shell-shocked. Many dignitaries from the industry attended the last rites of the actor to pay their last respects, but Rajinikanth who had a strong connection with the late actor didn't attend his funeral. There were many questions raised about his absence. Recently at an event where Kannada legend Puneeth Rajkumar was conferred with Karnataka's highest civilian award - Karnataka Ratna posthumously on Tuesday where Rajinikanth and Jr NTR were special chief guests at the event along with the Chief Minister of the state. At the same event, Rajnikanth turned emotional and broke down when he remembered the late actor Puneeth Rajkumar. He called Puneet a godchild and that he lived here with all of us for some time and again went back to god while his soul is with us. Also Read - Christmas 2022: Nayanthara and Vignesh Shivan celebrate their FIRST Xmas with their twin boys; meet the cutest Santa Claus ever

The legendary actor even revealed why he could not attend Puneeth Rajkumar's funeral last year. He said that he underwent an operation and was in ICU when Puneeth died. The actor further revealed that he wasn't even informed about his father for three long days owing to his health condition at that time. He concluded, "I would never want to lose that child’s smiling face from my memory". Also Read - After Hrithik Roshan, Kartik Aaryan heaps praises on Kantara, wants to do a film like Rishabh Shetty starrer

Rajinikanth was also brutally trolled for remembering Puneeth Rajkumar after two weeks after his death. He remembered Puneet and wrote, "I am doing fine after the surgery. I felt very bad after hearing the news. He was a child who grew in front of me and was talented and lovable. Sadly, he left us when he was at the height of his successful career, at such a young age. His loss is irreparable for the Kannada film industry. I have no words to console his bereaved family. May Puneeth’s soul rests in peace.". Well, now the trollers got the answer! Also Read - Trending South News Today: Ram Charan-Upasana expecting their first child, Kantara star Rishab Shetty comments on Nawazuddin Siddiqui's jealousy and more