Rajinikanth croons for Rahman in 'Kochadaiyaan' 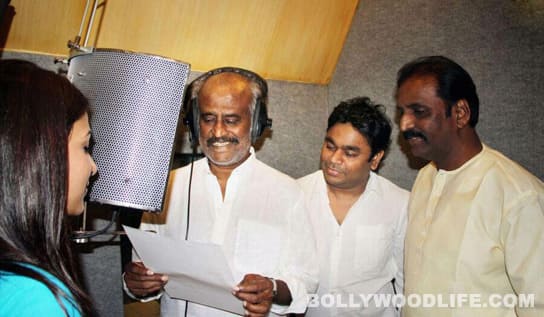 Superstar Rajinikanth crosses another milestone in his career. The star actor ventures into singing after almost two decades

Rajinikanth’s Kochadaiyaan is in the news again, and this time for the star's experiment with his vocal chords for the film. The music for Kochadaiyaan is scored by the Oscar Award-winning composer AR Rahman. Rajini's song was recently recorded in the studio under the music maestro’s guidance. Guess the 3D animation flick will be a double treat for Rajini’s fans. It’s not every day that a superstar picks up the mic for his fans. The last time Rajinikanth sang was for the film Mannan (1992) in which he lent his voice for Adikuthu kuliru. Also Read - Varun Dhawan busts his knee while performing a dance sequence for Remo D'Souza's ABCD 3 - read details