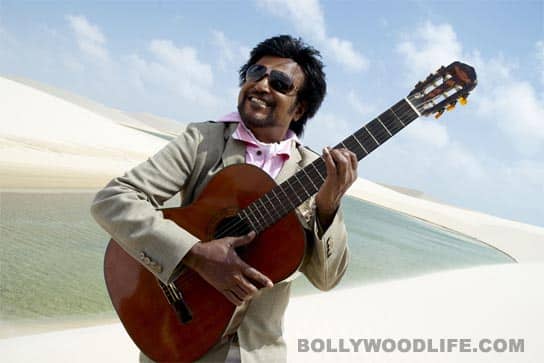 Despite umpteen clarifications from Rajinikanth’s family, filmmakers and colleagues, the mystery surrounding the superstar’s health and films did not cease. Perhaps that’s why the superstar felt the need to clear the unending mystery once and for all to a leading newspaper. The Robot actor was quoted as saying, “I’m doing well. I’ll start shooting sometime next month.” He was recently spotted watching a play and having a good time. Anyway, just in case you don’t know, the superstar’s next film isn’t the magnum opus Rana, but a 3D film called Kochadaiyaan. Since Rajini was still recuperating from the health problems he faced in early 2011, he was advised to go slow on the stunts and not stress about work. Thus, the superstar decided to do a less stressful film which will be helmed by his younger daughter Soundarya Ashwin Rajinikanth. Meanwhile, music maestro AR Rahman has begun composing melodies for the 3D film, which means everything is going as per plans if it is supposed to release in August 2012. Let's hope these developments finally put an end to endless rumours about Rajinikanth! Also Read - Varun Dhawan busts his knee while performing a dance sequence for Remo D'Souza's ABCD 3 - read details