Rajinikanth in 'The Dirty Picture': fans not happy 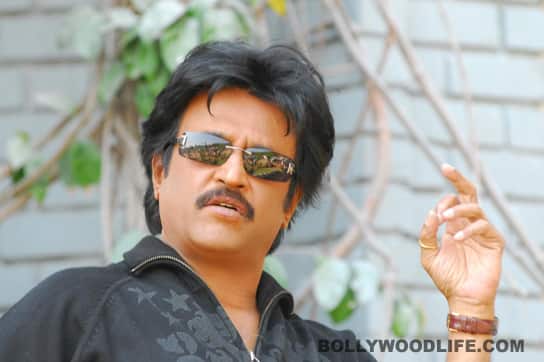 Superstar Rajinikanth might not care about what is being said, written or depicted about him, but his fans certainly don't take too kindly to these things. The latest buzz that has them upset is Ekta Kapoor's film The Dirty Picture. Rajini's fans feel the film, which is south siren Silk Smitha's biopic, has a character very similar to their superstar in real life. While Vidya Balan plays Silk Smitha, the said character based on Rajinikanth is played by Naseeruddin Shah. It may be recalled that Rajinikanth had done a few dance numbers with Silk Smitha in his career. Rajini's fans feel that Ekta Kapoor should remove any 'objectionable' parts the film might have while depicting the actor. Ekta's production house, though has denied any connection between Naseer's role and Rajini, as Naseer plays an ageing superstar while Rajini was still young when he acted alongside Silk. Last we heard, the fans are still not convinced! Also Read - Kareena Kapoor Khan gives a glimpse of her 'special' birthday celebrations and the promise she has made to herself