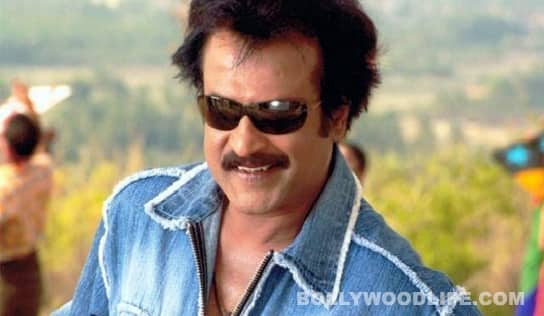 Superstar Rajinikanth may just do a cameo in daughter Aishwarya's directorial 3, the film whose song Why this kolaveri di is a 'rage'

Just as news of Rajinikanth in a 3D film is doing the rounds, comes the rumour that the Superstar will do a special appearance in elder daughter Aishwarya's directorial debut film 3. Yes, it's the same film which has the song Why this kolaveri di, the latest sensation across the country. Aishwarya's husband Dhanush stars in the lead in the film alongside Shruti Haasan. Dhanush has sung the hit number which is now the latest youth anthem after Hindi film Rockstar's Saadda haq.Even before Rajinikanth has signed on the dotted line for a cameo, 3 seems to be having some good luck, with Kolaveri di generating the right amount of hype for the film. Imagine what will happen when Rajini says yes to appearing in the film! Apparently , the doting father of Aishwarya loves the Kolaveri song so much that he wants to be a part of the film. We can hear Rajini fans say, the more the merrier! Also Read - Trending South news today: Makers share IMPORTANT update on Allu Arjun starrer Pushpa's trailer release, Nayanthara - Vignesh Shivan buy a luxury home in Chennai and more