Rakshasudu 2: First look of the eagerly awaited Telugu crime thriller OUT – is Bellamkonda Sai Srinivas returning for the sequel? Here's what we know

The technical team that worked on Rakshasudu will also be part of Rakshasudu 2. Satyanarayana Koneru of A Studios will produce the film for Havish Production, while Ghibran will score music. Venkat C Dileep will crank the camera for the Ramesh Varma directorial.

Bellamkonda Sai Srinivas’ crime thriller, Rakshasudu, directed by Ramesh Varma was a sensational hit and critically well received, too. The director is presently filming Mass Maharaja Ravi Teja in action entertainer Khiladi. Meanwhile, Ramesh Varma announced his next project and also unveiled title poster of the same. The film is titled Rakshasudu 2 and it comes with a tagline Hold Your Breath. A sequel to Rakshasudu, the film’s shoot will begin soon. A star hero will feature in the film and the name of the actor will be revealed soon, but industry sources hope and expect Bellamkonda Sai Srinivas to return for the sequel, so fingers crossed. Also Read - Bellamkonda Sai Srinivas to star in the official Telugu remake of Dhanush's recent superhit, Karnan

Coming to the title poster, it looks extremely creepy as a psychopath can be seen carrying a dead body on his shoulder and an ax in another hand. A deadly and bloody meat-chopper knife can be seen hanged with a chain. The film is going to be a mind-blowing thriller with a different set-up. True to the title and the tagline, Rakshasudu 2 will be more thrilling and scarier than Rakshasudu. Check out Rakshasudu's first look poster below: Also Read - Kajal Aggarwal-Gautam Kitchlu wedding: This Tollywood hunk has confirmed his presence at the intimate ceremony 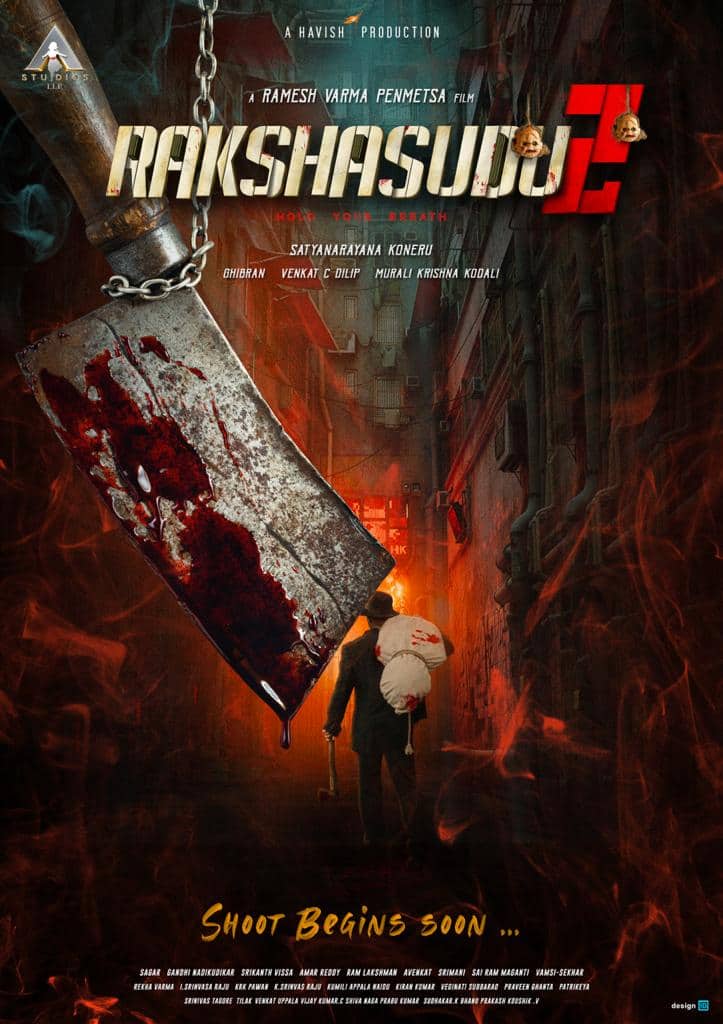 The technical team that worked on Rakshasudu will also be part of Rakshasudu 2. Satyanarayana Koneru of A Studios will produce the film for Havish Production, while Ghibran will score music. Venkat C Dileep will crank the camera. Popular singer and Rockstar Devi Sri Prasad’s brother, Sagar, and Srikanth Vissa provide dialogues for the film. Ramesh Varma has also penned story and screenplay of the film for which action part will be supervised by Ram-Lakshman.