Pushpa actress Rashmika Mandanna faced a wardrobe malfunction recently, and her pictures have gone viral on social media. Read on to know more...

Rashmika Mandanna is currently enjoying the super success of her film Pushpa: The Rise – Part 1. The actress has also been in the news for her public appearances, and recently, she grabbed everyone’s attention because of a wardrobe malfunction that she faced during a chat show. The actress was spotted wearing a yellow dress while changing the position to sit cross-legged, a wardrobe malfunction happened and it was caught on camera. The pictures of the same have gone viral on social media. Also Read - From Deepika Padukone to Rashmika Mandanna: Divas who got brutally TROLLED for wearing 'uncomfortable' dresses [VIEW PICS]

The Instagram is filled with those pictures of her, but we have decided not to use the actual photo. Below is the edited picture… Also Read - Rashmika Mandanna once called KGF 2 star Yash 'Mr Showoff' and got massively trolled; had to later apologize to actor's fans 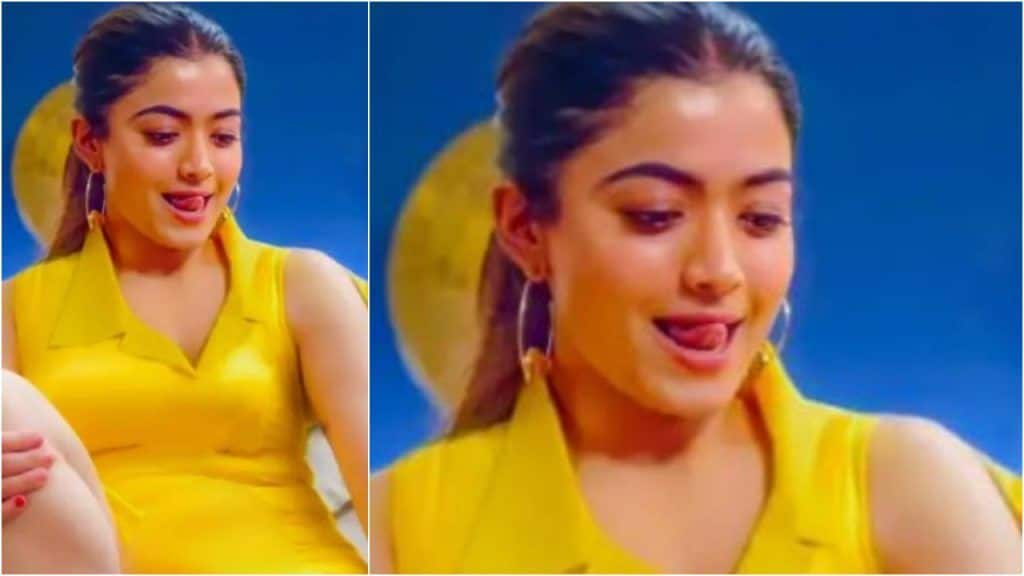 While talking to BollywoodLife about her first meeting with Big B, Rashmika had said, “When I met sir for the first time, I didn’t have a shoot that day, but the next day we were shooting together. So, I just wanted to introduce myself and spend some time with him; so I waited for his shot to be done, and then I went to him and introduced myself, and I introduced myself with my character name, and not my real name. I was like ‘hi sir I am going to be this character, and tomorrow we are working together, and I am super excited'. I was the only one who was talking; he was just looking at me, and smiling. So, the first encounter was really cute.”