Rashmika Mandanna has many interesting films lined up, and she will be seen sharing screen space with actors like Amitabh Bachchan, Ranbir Kapoor, and Thalapathy Vijay. The actress recently spoke about her experience of working with these actors. 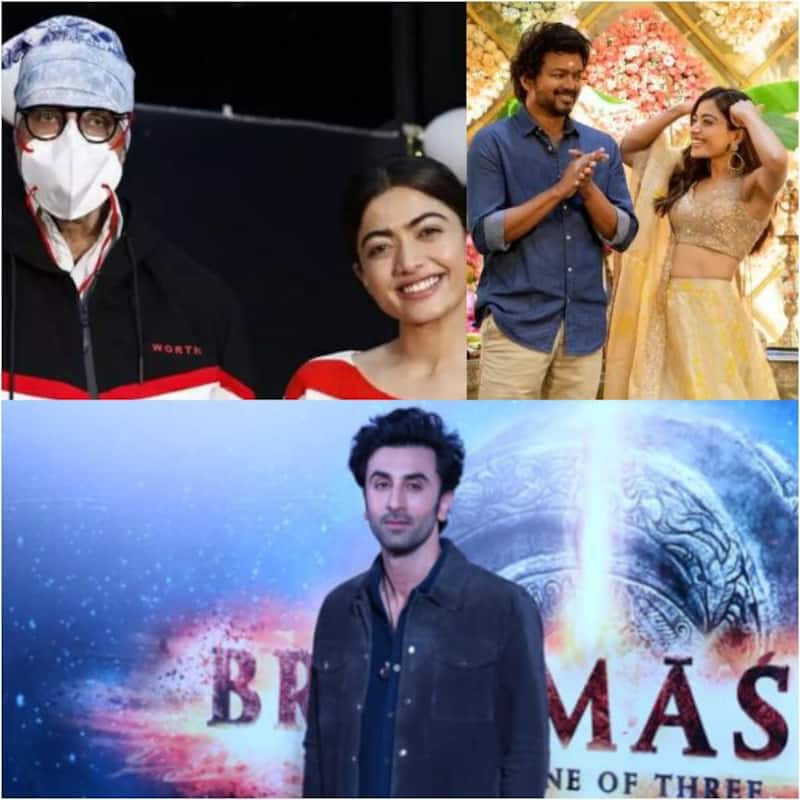 Rashmika Mandanna became a pan-India star after the super success of Pushpa: The Rise – Part 1. But, even before Pushpa’s release, Rashmika had signed two big Bollywood projects, Mission Majnu, and Goodbye. A few weeks ago, it was announced that she will be seen opposite Ranbir Kapoor in Animal and the actress has also started shooting for the film. Not just in Bollywood, but even down South, she has interesting projects lined up like Thalapathy 66 with Vijay and Pushpa: The Rule with Allu Arjun. Also Read - Trending Entertainment News Today: Disha Patani sparks lip and nose job speculations; Urfi Javed's reaction on Alia Bhatt's pregnancy grabs eyeballs and more

Recently, in an interview with Times of India, the actress opened up about working with Amitabh Bachchan, Ranbir Kapoor, and Thalapathy Vijay. She said, “It is happening with God's grace. These are some of the biggest actors in the country and I cannot be more proud. It isn't just the star power, but I am also getting amazing scripts with these people. It is perfect in terms of what I seek. I get to learn so many amazing things from all of them, which is mind-blowing. I couldn't be happier, as with each film I feel that I am becoming a better actor, getting to know tricks and techniques of the industry. I am loving it!” Also Read - Animal: Rashmika Mandanna reveals she got Ranbir Kapoor starrer because of her act in THIS blockbuster film

Further talking about Big B, Rashmika said, “Working with Mr Bachchan has been a new experience. It is fascinating to see how he works. I love that I get to speak to him about his experiences, films, and way of thinking, which is amazing. There are so many things from his experience that we are learning as actors. It has been simply amazing.” Also Read - Koffee With Karan 7: After Ranbir Kapoor, RRR stars Ram Charan, Jr NTR refuse to appear on Karan Johar's show [View Pics]

Rashmika’s Bollywood debut Mission Majnu is slated to release on 10th June 2022. However, there were reports that the film might get postponed. The release dates of Animal, Goodbye, Thalapathy 66, and Pushpa: The Rule are not yet announced, but it is expected that Goodbye might release this year, and others will hit the big screens in 2023.