Rashmika Mandanna to get banned by Kannada film industry for being ungrateful to Rakshit Shetty's production house? Here's what we know

If the reports are to be believed, Rashmika Mandanna has landed in trouble with the members of the Kannada film industry for her lack of gratitude towards Rakshit Shetty's production house that gave her career's biggest break with Kirik Party. 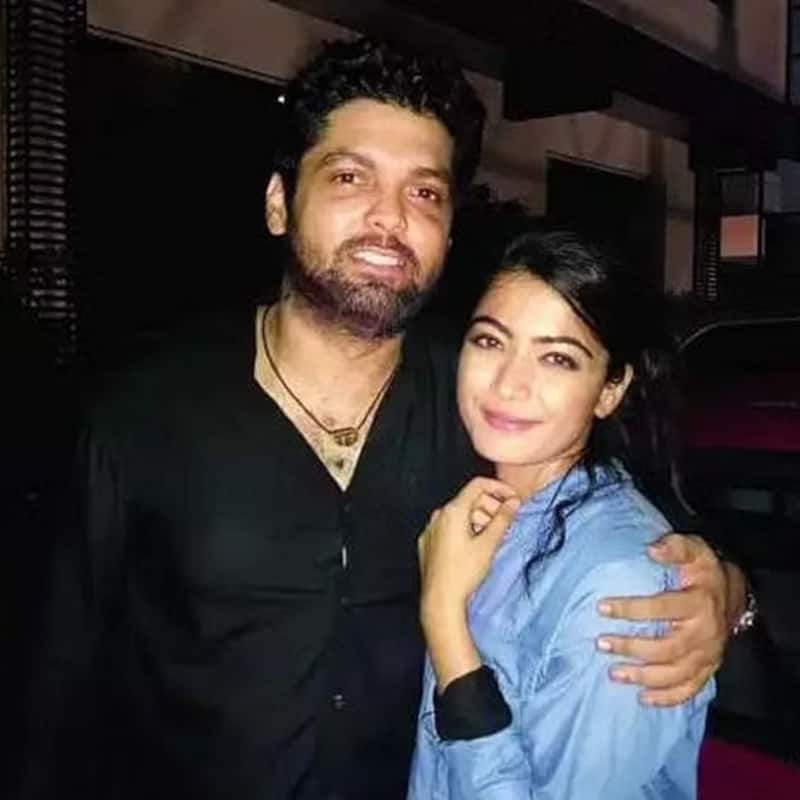 Rashmika Mandanna is currently one of the most sought after actresses in the country. She has won several hearts after delivering back-to-back hits in the south. She is now all set to make her Bollywood debut with Goodbye, Mission Majnu and Animal. But it seems like her recent statements have triggered an ugly controversy. If the reports are to be believed, Rashmika is reportedly getting banned by the Kannada film industry for being ungrateful to Kannada star Rakshit Shetty's production house. Also Read - Naga Chaitanya-Sobhita Dhulipala, Rashmika Mandanna-Vijay Deverakonda and more: South Indian stars who ruled headlines thanks to their alleged affairs

The actress recently had an interaction with the media where she talked about her journey of becoming an actor. While she talked about how acting was never on her mind and how she got her first film Kirik Party that made her an overnight star, she refrained from mentioning the name of the production house Paramvah Studios, co-founded by Rakshit Shetty, her former fiance. Also Read - Rashmika Mandanna to Richa Chadha: Times actresses got trolled for what they said in public

Elaborating on how she got a call from the production house and she thought maybe it was a prank call, Rashmika told Curly Tales that she went on to bag her debut role in Kirik Party, but she chose not to name the production house that gave her career's biggest break in the industry. Also Read - South news weekly rewind: Rishab Shetty refuses to work with Rashmika Mandanna; Samantha Ruth Prabhu rubbishes reports of hospitalisation and more

Fans were irked by Rashmika's attitude and slammed her for being ungrateful and expressing her gratitude to Rakshit Shetty's production house. Following the backlash, a tweet got people's attention which stated that Kannada Theatre Owners, Organizations and Film Industry are soon going to take action against Rashmika and may go to an extent to ban her from the film industry for her lack of gratitude.

News from Karnataka that Kannada Theatre Owners, Organizations and Film Industry will soon going to take an action on #RashmikaMandanna !!!

While there is confirmation about the said report, it remains to be seen if Rashmika would face the heat of the Kannada film industry. Meanwhile, Kantara star Rishab Shetty, who is a very close friend of Rakshit Shetty, recently refused to mention Rashmika's name while praising Samantha Ruth Prabhu, Keerthy Suresh and Sai Pallavi as one of the finest performers in recent times.