Besides Ram Charan and Kiara Advani, RC15 apparently also stars Anjali, Jayaram and Srikanth in pivotal supporting roles. The Shankar directorial was supposed to begin an important schedule pretty soon, which might now be delayed. 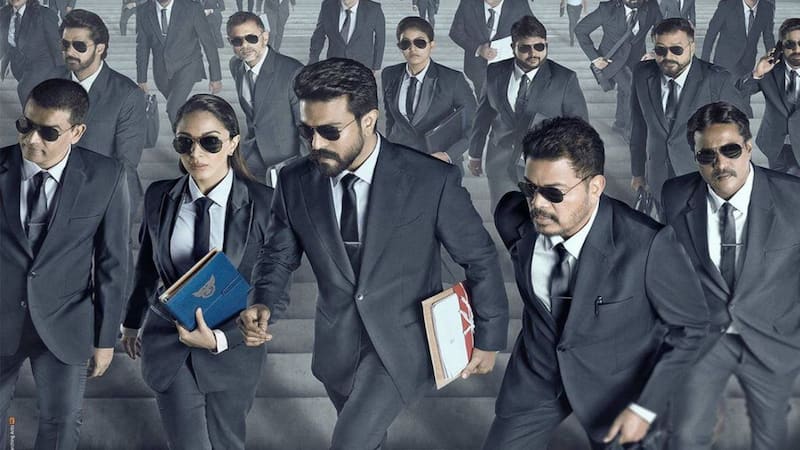 Ram Charan's two upcoming releases, Acharya and RC15 (tentative title), have already begun picking up steam, more so since the first movie has Mega Power Star sharing screen space the first time with his legendary superstar father, Chiranjeevi, in a full-fledged role, while the second will see him in his second pan-India film after RRR, besides again marking the first time that he'll be working with celebrated Tamil cinema filmmaker Ram Charan. Suffice it to say that excitement for both projects are already touching the roof. Also Read - Laal Singh Chaddha vs Raksha Bandhan box office collection: Aamir Khan and Akshay Kumar starrers must beat THESE 2022 releases to avoid being the worst flops

Ram Charan will next be seen in RRR, arguably the biggest Indian movie after Baahubali 2, directed by the one and only S.S. Rajamouli, and costarring Jr. NTR, Ram Charan, Ajay Devgn and Alia Bhatt. However, given the amount of time an actor needs to dedicate for a Rajamouli project, coupled with the COVID-19 pandemic and theatrical shutdown, which means that Ram Charan's last release was Vinaya Vidheya Rama back in 2019, and so, people can't wait for Acharya and RC15 any longer. Also Read - South News weekly rewind: Naga Chaitanya on his tattoo with Samantha Ruth Prabhu connection, Rashmika Mandanna opens up about her BREAKUP with Vijay Deverakonda and more

Well, the wait, at least for RC15 may get a tad longer, if what we're hearing is true. A well-placed source within the industry has apprised BollywoodLife that the next schedule of the Ram Charan and Kiara Advani starrer, which was around the corner, is now likely to be postponed, as the former is presently in Mumbai for some work commitment, which he can't leave, and hence, would take some time before he touches base, where Director Shankar can resume the shoot. Also Read - Trending Entertainment News Today: Shah Rukh Khan-Salman Khan fandom war gets nasty, Kiara Advani-Sidharth Malhotra celebrate 1 year of Shershaah and more

Prior to the release of RRR, BollywoodLife caught up with Ram Charan for an exclusive interview, where he divulged some exclusive inside scoop on RC15 with Director Shankar. Opening up about the movie, he said, “We just started it (RC15). Let us go through it without any problems of the (COVID-19) pandemic and we'll talk about it soon...very soon.”