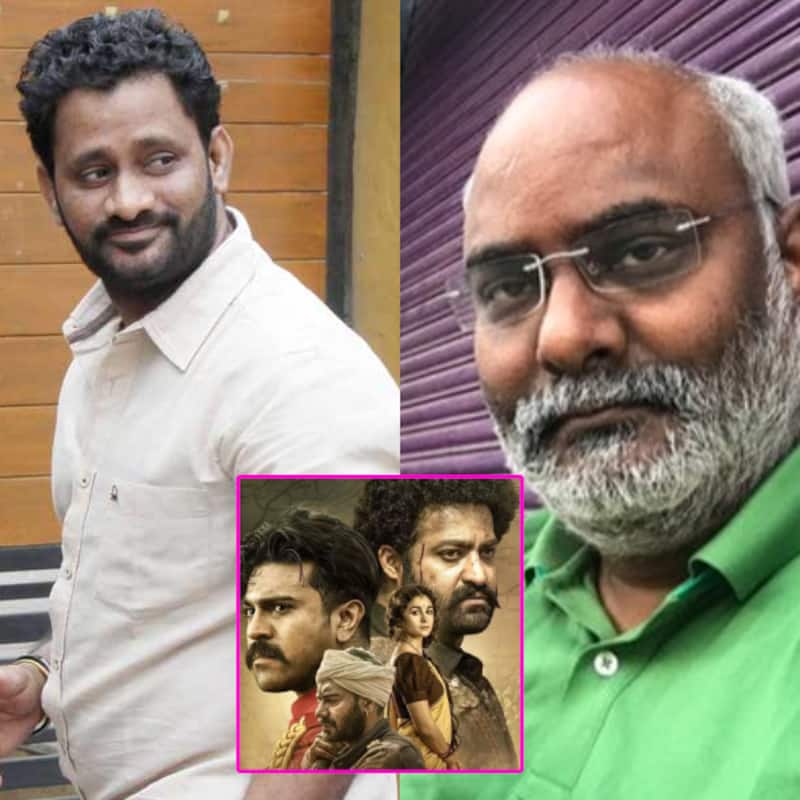 Oscar-winning sound engineer, Resul Pookutty, created quite a stir on social media when he referred to SS Rajamoul's magnum-opus RRR as a 'gay love story'. The film that starred Jr NTR, Ram Charan, Alia Bhatt and Ajay Devgn turned out to be a box office hit, however, it seems Resul Pookutty had different views on it. He also mentioned that Alia Bhatt was used as a prop in the film. He received severe backlash for the same. Earlier, Baahubali producer Shobu Yarlagadda had tweeted in response to Resul's tweet and slammed him for his remark. Now, composer MM Keeravani has also reacted. Also Read - Jhalak Dikhhla Jaa 10: Meet seductress Nia Sharma, adorable Shilpa Shinde, cool dude Dheeraj Dhoopar and stud Paras Kalnawat in latest promos

In response to Shobu's tweet related to Resul Pookutty, MM Keravani allegedly passed a vulgar slap over 'gay love story' remark. He wrote, "Maybe I am bad at using uppercase and lowercase letters, while typing letters but I respect every person's freedom of expression, including of Resul Pookutty." But he used upper cases to turn Pookutty into a Telugu slur word. While Resul had responded to Shobu Yarlagadda's tweet, he is yet to respond to MM Keeravani's rant against him. Check out the tweet below: Also Read - Kaun Banega Crorepati 14: Amitabh Bachchan and ex-host Shah Rukh Khan's per episode salary will pop your eyes out 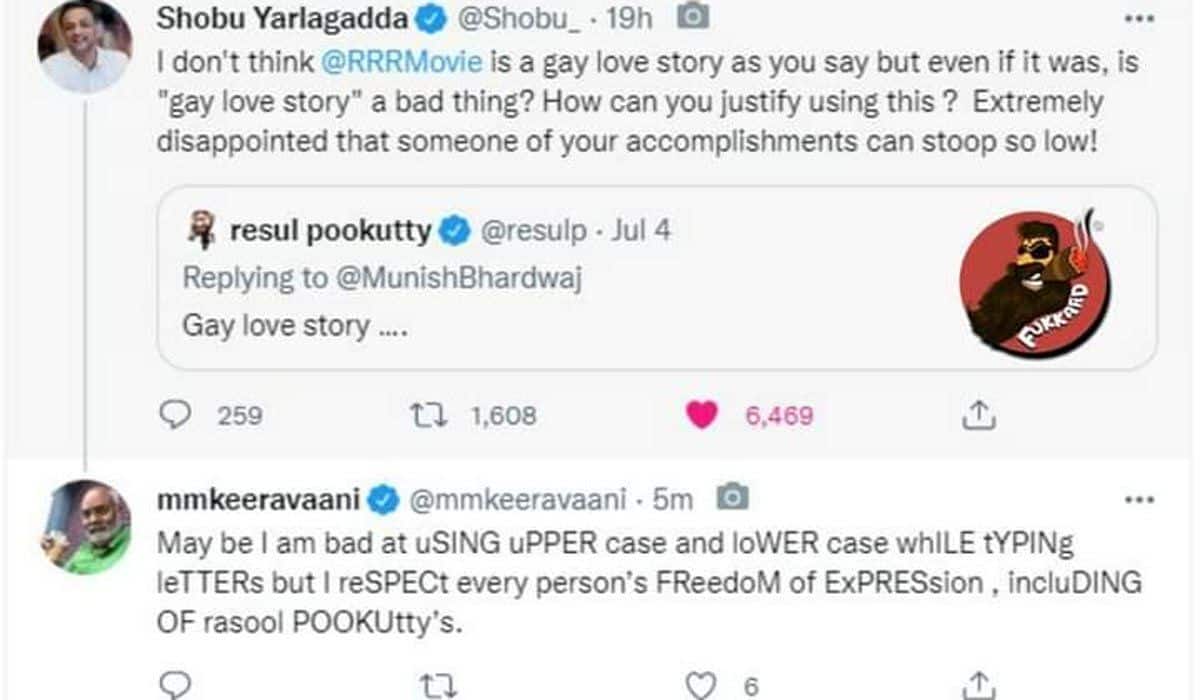 Apart from this, MM Keeravaani has allegedly also made many other tweets and deleted them later in regards to RRR and Resul. In one of the tweets, he revealed that he now suffers from character blindness. As reported by indianexpress.com, the tweet read, "Yeeeeey… my typing defect is gone !! Thanks to my language coach Sri Venigalla Vishweswara Sharma garu But now I suffer from character blindness- a new problem similar to colour blindness . Going to see a doctor today (sic)."