R Madhavan who is busy promoting Rocketry: The Nambi Effect in the country got flak for his latest comments on ISRO's Mars Mission. Check out the tweets below: 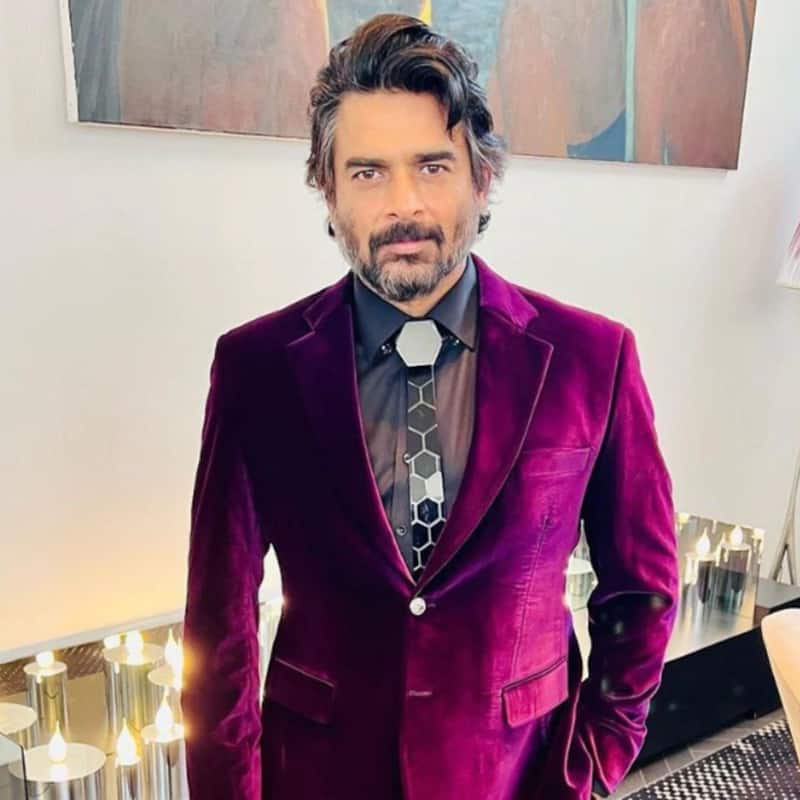 R Madhavan is being trolled online for his comments on ISRO's Mars Mission. Madhavan has been promoting his space film Rocketry: The Nambi Effect across the country. Rocketry: The Nambi Effect is based on former scientist Nambi Narayan who was falsely accused of espionage. The 3 Idiots actor's statement about ISRO using Panchang for Mars Orbiter Mission. And his comments have been met with a lot of flak on Twitter. Also Read - Independence Day 2022: Shah Rukh Khan, Aamir Khan, Akshay Kumar and more Bollywood actors who highlighted 'Best of Bharat' by playing lesser-known real-life heroes

It so happened that, R Madhavan had been promoting Rocketry: The Nambi Effect out and about. He took the podium to give a speech and during the same, Madhavan claimed that it was Panchang that helped ISRO launch a rocket into space and reach Mars' Orbit. The video of Madhavan's speech is going viral. It is being shared online. Also Read - Independence Day 2022: Akshay Kumar, Hrithik Roshan and more Bollywood actors who showcased ‘Best of Bharat’ in THESE movies

Madhavan plays a scientist in the movie and his statement has been received with loads of backlash. Netizens have been sharing memes and calling the actor out for making such a statement in public. Netizens trolled him because he plays a scientist in the movie. They are disappointed and have commented saying that Madhavan also learned about it from WhatsApp University. Check out the tweets here: Also Read - Rocketry The Nambi Effect success party: THIS Vikram Vedha actor makes a surprise entry at R Madhavan's bash

Science is not everyone’s cup of tea. It’s ok not to know Science. But it’s better to keep your bloody mouth shut when you’ve no idea as to how things actually work; instead of quoting some WhatsApp stuff and making a mockery of yourself #Madhavan #Rocketry #MarsMission

Madhavan is the South Indian version of Akshay Kumar

Just read that The Nambi movie is actually directed and produced by Ambi Madhavan, so thats y so much noise from that fellow.

I do hope and wishes he gets the same kinda "success" his fellow sanghis like Akshay and Kangana got in the recent movies.

If stupidity were a religion, I can tell you that Madhavan is a recent convert, you know, given his enthusiasm! https://t.co/K8M7TWEdFs

madhavan is the best example for “he’s cute until he opens his mouth” https://t.co/A91dbP8XO6

What crap is this ? Why should the rocket travel 737.56 million kms touch Jupiter's moon for the "Mars Mission" when the Earth is next to the Mars with a distance of 200.28 kms ? And Mr.Madhavan boasts of the cost effectiveness.Good joke.??#JustAsking https://t.co/IiJ73zzJxB pic.twitter.com/b77s6cM3Of

Rocketry - The Nambi effect: Shah Rukh Khan to do a cameo

Recently, reports surfaced about Shah Rukh Khan doing a cameo in R Madhavan starrer Rocketry: The Nambi Effect. He plays a journalist in the movie, as per the reports. Now, the story behind his casting goes like: Madhavan had met SRK at one of his birthday parties wherein the Jawan and Pathaan star had expressed his desire to be a part of the film. Madhavan believed him to being kind. However, King Khan surprised him by asking for dates. Shah Rukh Khan hasn't charged a single penny for his stint in Rocketry: The Nambi Effect.

Apart from R Madhavan, the biographical drama film also stars Simran, Rajit Kapur, Misha Ghoshal, and Gulshan Grover to name a few. Rocketry: The Nambi Effect is being helmed by R Madhavan himself. It is his directorial debut.