SS Rajamouli has revealed his plans for his next ambitious project, none of other than the Mahabharata, and frankly, there can't be a better candidate to finally bring forth the Indian epic on the big screen 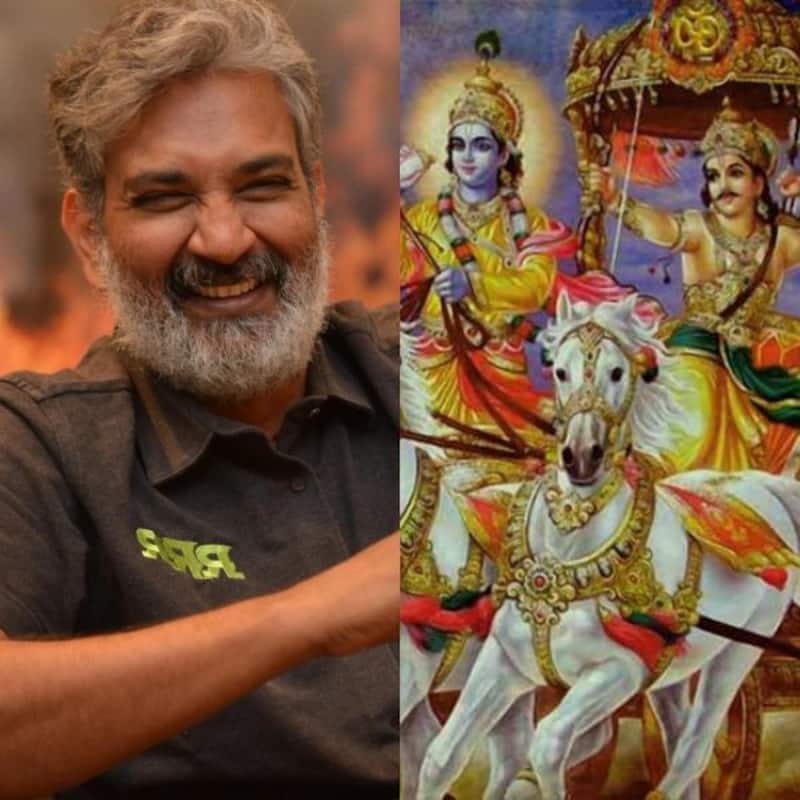 Director S.S. Rajamouli's eagerly awaited epic, RRR, starring Jr. NTR, Ram Charan, Alia Bhatt and Ajay Devgn in an extended cameo, smashed several box office records ever since opening, including going past Baahubali 2 to become the biggest opener ever in the history of Indian cinema at the box office both in India and worldwide – SS Rajamouli, thus competing with himself. RRR ended its lifetime run with an eye-popping ₹1115 crore gross worldwide, fourth on the lost of highest grossing Indian movies globally of all time behind Dangal, Baahubali the Conclusion and KGF 2 – the Yash starrer overtaking it to claim the third spot. Also Read - Kaun Banega Crorepati 14: Netizens UPSET with Aamir Khan being a guest amidst 'Boycott Laal Singh Chaddha' row; call Amitabh Bachchan's show 'SCRIPTED'

While talking to Mint, S.S. Rajamouli revealed his plans for his next ambitious project – none other than the Mahabharata, and frankly, there can't be a better candidate to finally bring forth the Indian epic on the big screen. Rajamoui said that to make his films even bigger and better and of course, tell Indian stories to the rest of the world, with Mahabharata being his long-cherished dream project. However, he admitted that it'll take a long time before he takes it on, ad would probably churn out 3-4 movies before that. Also Read - Pathaan Shah Rukh Khan gets annoyed as a fan tries to hold him; Aryan Khan trends as he turns into a protective shield for his father [WATCH]

SS Rajamouli, Jr NTR, Ram Charan's RRR continues to set new benchmarks in Hollywood. After receiving copious praise from several Hollywood Directors and technicians, the magnum opus has now added another feather to its cop by ending up as the runner up at the Hollywood Critics Association mid-season awards, beating the likes of favourites like Top Gun Maverick, The Batman, Turning Red, Cha Cha Real Smooth, Elvis, The Northman and The Unbearable Weight of Massive Talent. Everything Everywhere All At Once was the winner. Also Read - Kylie Jenner steps out as a perfect biker-babe with boyfriend Travis Scott; greets fans and makes their day [View Pics]

Everything Everywhere All At Once

RRR is now replicating that same box office magic it displayed some months ago in the OTT arena. A little over a week ago, the SS Rajamouli directorial made its digital premiere in the Hindi version on Netflix – the South versions appeared on ZEE5. Within this short time frame, the Jr NTR and Ram Charan starrer (with Alia Bhatt and Ajay Devgn in extended cameos) has skyrocketed to the OTT platform's top five movies list in the US while also making it to the top ten list in over sixty countries. RRR well and truly continues its path of domination, doesn't it?