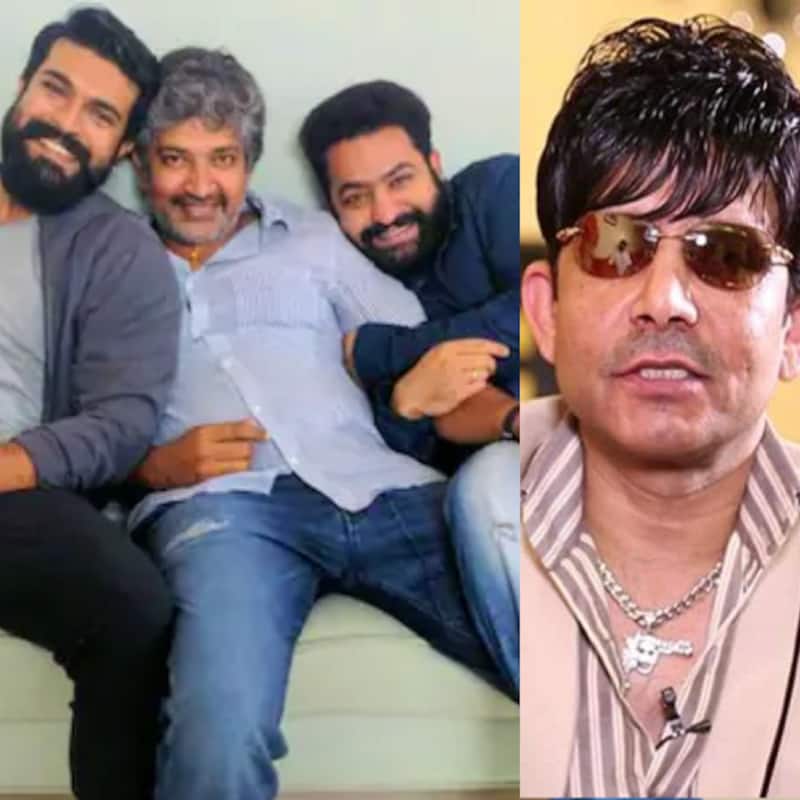 While SS Rajamouli's directorial venture RRR starring Ram Charan, Jr NTR, Alia Bhatt and Ajay Devgn is garnering great response from all corners, there is one person who is not happy with the film at all. We are talking about self-proclaimed critic Kamaal R Khan. Ever since the film has released, KRK has been ranting against the makers of the film. As if the bad review was not enough, KRK has been bashing SS Rajamouli and the stars through Twitter. Recently, he accused the filmmaker of lacking logic and copying song from Hrithik Roshan and Tiger Shroff's War. Check out his tweets below: Also Read - Not Salman Khan, Aamir Khan and these top south Indian actors were first choice for Bajrangi Bhaijaan but they all rejected the movie

Sir @ssrajamouli your film #RRR has become a disaster in South also. So how are you feeling now? Do you accept that #RRR is the most Wahiyat film in the history of Indian cinema? Pls note, You can’t become great by buying Taran Adarsh 4*. You can become great by your work only.

After watching film #Baahubali2 and #RRR I can say that when logic finishes, then @ssrajamouli logic starts. Means he is simply the worst director in India.

Just see the hypocrisy, South Indian filmmakers import Gori Chitti heroines from North to cast with their Bhalu and Churan actors. But they don’t cast North Indian handsome actors in their films.

Nakalchi Director @ssrajamouli tried to copy song of #War where @iHrithik and @iTIGERSHROFF are dancing brilliantly. But when 5ft Height Wale hero jrNTR and Ramchran dance on #NaatuNaatu song in #RRR they look like joker and full time Churan.

These are just a few tweets of his. KRK seems to have unleashed his mean side and is simply criticising RRR for everything and anything. What is your take on it? Also Read - Varun Sood drops his super sizzling photos after ex Divya Agarwal gets engaged; fans call it a break up glow