Salaar actress Shruti Haasan expresses dissent on Hindi industry people calling her a 'South Indian': 'I moved to Mumbai ever since my parents split'

Shruti Haasan, who is currently gearing up for KGF director Prashanth Neel's upcoming film Salaar opposite Prabhas, expressed her dissent on Hindi industry people calling her a 'South Indian' despite living in Mumbai for many years and speaking in Hindi. 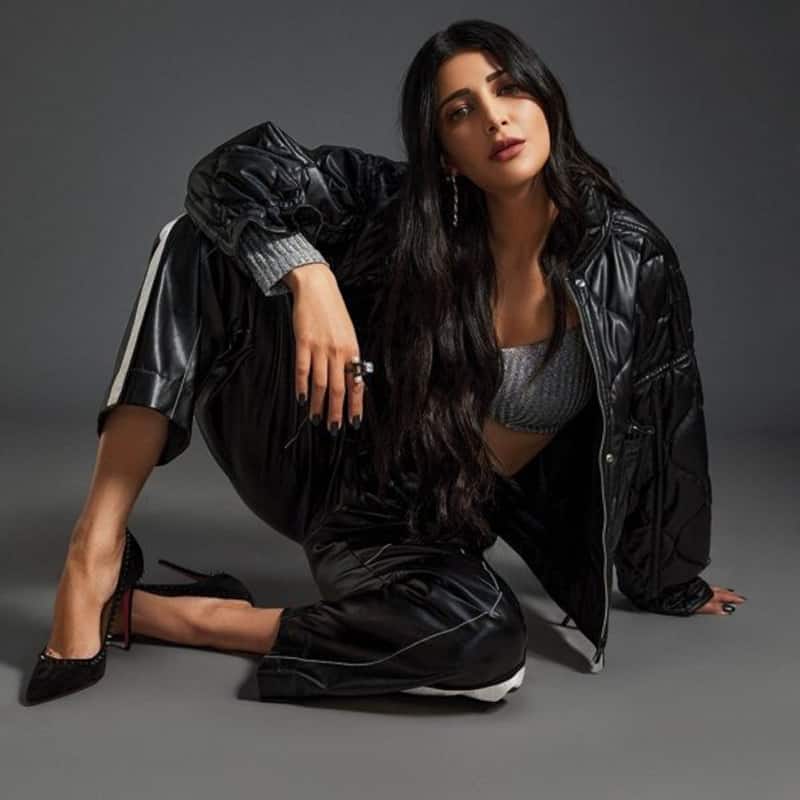 Shruti Haasan, who is currently gearing up for KGF director Prashanth Neel's upcoming film Salaar opposite Prabhas, moved to Mumbai since her parents Kamal Haasan and Sarika decided to part ways after 16 years of marriage. They had tied the knot in 1988 and divorced in 2004. She then made her debut in Bollywood with 2009 thriller drama Luck. Apart from her work in South, she has also appeared in Hindi movies such as Gabbar is Back, Welcome Back and Ramaiya Vastavaiya. However, she recently expressed her dissent on Hindi industry people calling her a 'South Indian' despite living in Mumbai for many years and speaking in Hindi. Also Read - Trending South News Today: SS Rajamouli's big plans for Mahesh Babu's next, Nayanthara splurging on the interiors of her new home and more

"I understand that Mumbai feels like the centre of the universe to so many people, but it isn’t the centre of some people’s universe. I feel nobody should feel apologetic about where they choose to spend most of their time working. I have been in that race where people say that as an actor, you must do one Hindi film a year. I moved to Mumbai ever since my parents split. I have been living here for many years. I speak in Hindi with my mother. So, when I consider Mumbai my home and the city considers me its own, then how can someone from the Hindi film industry say things like, ‘Oh, but you are a South Indian’,” Shruti told Bombay Times. Also Read - Shruti Haasan to work with dad Kamal Haasan soon? Salaar actress opens up

Shruti has openly admitted to being in a relationship with Santanu Hazarika, a visual artiste. She often shares loved-up pictures with her boyfriend on social media. However, she is not ready yet to take the plunge as the thought of marriage makes her nervous at this point. She also made it clear that she always looks at the good things about her parents' failed marriage. Also Read - Trending South News Today: RRR beats Top Gun Maverick and The Batman, Mahesh Babu trolled by his own fans and more

"I think my parents had the most beautiful intentions for their marriage. When it worked, it was a fantastic marriage and that’s what I chose to take away from it. Things may or may not work out. I always like to look at what was the good side of it. My parents went through a lot, and they stuck it out. Just because their marriage didn’t work, it doesn’t mean that I would write off the idea of marriage. When it worked, they were a brilliant couple, and that’s what I chose to look at,” she said.