Salaar: Rocky Bhai aka Yash to appear in a cameo alongside Prabhas in Prashant Neel's directorial? [Deets Inside]

It looks like KGF's Rocky Bhai aka Yash is all set to make a brief appearance in Prabhas' most-anticipated action thriller Salaar, directed by Prashanth Neel. 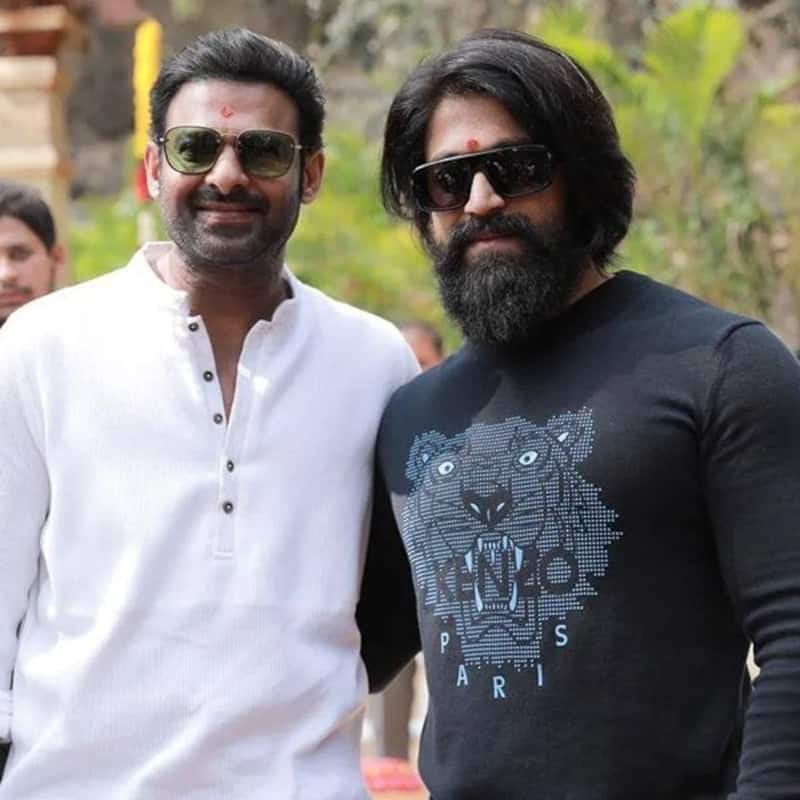 If the rumours are confirmed, it will be South India's biggest collaboration, as both pan-India stars Prabhas and Yash will be seen in a single frame. As the talks about this possible cameo of Yash in Salaar has sparked discussions online, it would be a wonderful treat for the audience to see the two powerhouse performers together on screen. Also Read - After Pan Masala, Pushpa 2's Allu Arjun REJECTS a whopping amount to promote liquor brand [Read Report]

Apart from Prabhas, Salaar will also feature Shruti Haasan who will be seen as his love interest. Prithviraj Sukumaran and Jagapathi Babu will also be seen playing significant roles. Prashanth Neel has gotten a lot of attention since KGF franchise, therefore the anticipation for Salaar has been continuously high.

On the work front, Prabhas will be next seen in Om Raut's highly-technical movie Adipurush. He will also play a cool role in filmmaker Maruthi's comedy, while he also has Spirit which will be helmed by Sandeep Reddy Vanga, who directed Arjun Reddy.