Salaar: Shruti Haasan cannot stop gushing over Prabhas for THIS reason; says, 'He has a special place in the world'

Salaar: Shruti Haasan gushes about her co-star Prabhas and says he is a special person for this reason 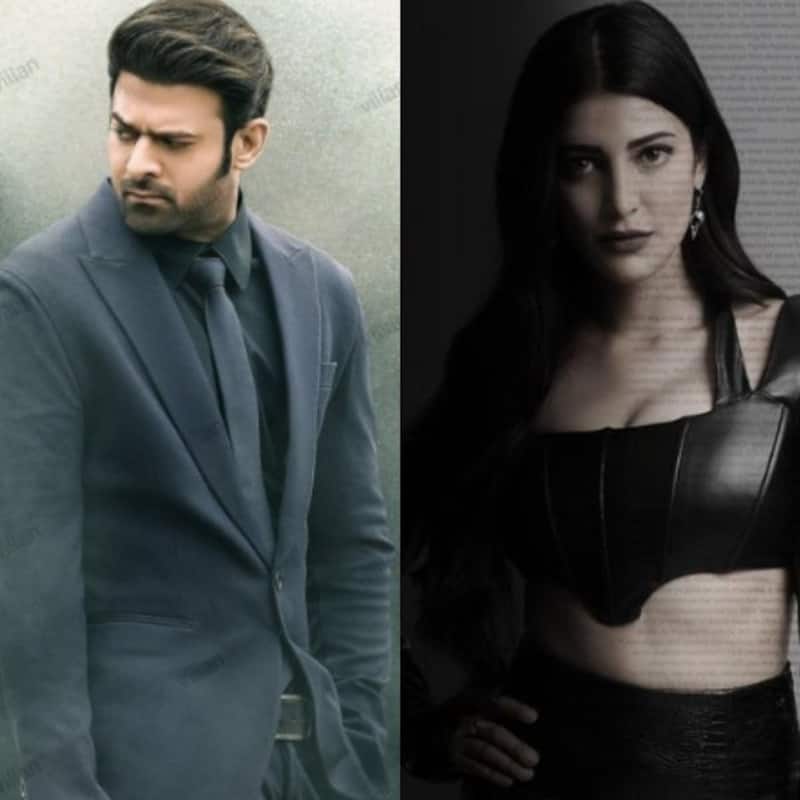 Shruti Haasan is one of the busiest actresses in the South with movies with superstars like Prabhas, Chiranjeevi and Nandamuri Balakrishna. The film of hers which is most anticipated is Salaar. The project is directed by Prashanth Neel of KGF fame. The actress in an exclusive with Pinkvilla said she was fascinated with the world that Prashanth Neel created in KGF. She said it is an immersive experience as a movie-goer. Shruti Haasan said that Prashanth Neel is very specific about the detailing of his projects, and life is quite easy for the actors on board. She said it was liberating to go with the flow. Also Read - Imlie: Fahmaan Khan-Sumbul Touqeer look radiant as they meet producer Gul Khan; will the couple be retained for season two?

The actress also revealed that she was not exactly friends with Prabhas before they began work on Salaar. Shruti Haasan said they did greet one another when they met during functionns or gatherings. She said she grew close to the whole team during the making of Salaar. Talking about Prabhas she said he was someone who made people extremely comfortable. She was quoted as saying, "He is super chilled out, super friendly, and it’s really nice to work with him." Well, other co-stars of Prabhas like Shraddha Kapoor and Deepika Padukone have said the same thing. He has Project K with the Pathaan actress. Also Read - Prabhas Vs Hrithik Roshan: Saalar to clash with Fighter at the box office

She also spoke about his love for food and feeding people. Shruti Haasan said people who love to feed others have a special place in this world. She was quoted as saying to Pinkvilla, "It’s such a blessing. Those who feed people have a special place in this world, and he really feeds people with so much love. It’s one of his best qualities." Also Read - Laal Singh Chaddha: Aamir Khan to REFUND money to the distributors for box office loss? Rajinikanth, Shah Rukh Khan and more stars who did the same

Prabhas will be seen in an action-packed violent avatar in the film. The teaser has raised expectations of Prabhas fans and how. His last film, Radhe Shyam with Pooja Hedge tanked badly. People could not relate to the script.