Samantha Akkineni gives an EPIC reply to a fan, who asks 'Are you pregnant?'

Samantha Akkineni will be next seen in Kaathu Vaakula Rendu Kadhal which also has Vijay Sethupathi and Nayanthara in the lead roles. The film will be directed by Nayanthara's boyfriend Vignesh Shivan.

The gorgeous beauty of the south Industry, Samantha Akkineni enjoys a pan-India fanbase due to the popularity of her Hindi-dubbed films on the television. Apart from impressing us with her acting mettle, Samantha Akkineni, the actress remains super active on social media and often interacts with her fans. Talking about her #AskMeAnyThing session, a fan questioned the Eega actress about her pregnancy by asking 'Are You Pregnant' to which she replied, "I'm pregnant since 2017 I think, this baby really doesn't want to come out I think." Well, that's what we call a subtle but an impactful answer. Also Read - Report: Samantha Akkineni and Naga Chaitanya living separately; couple to make divorce announcement soon? 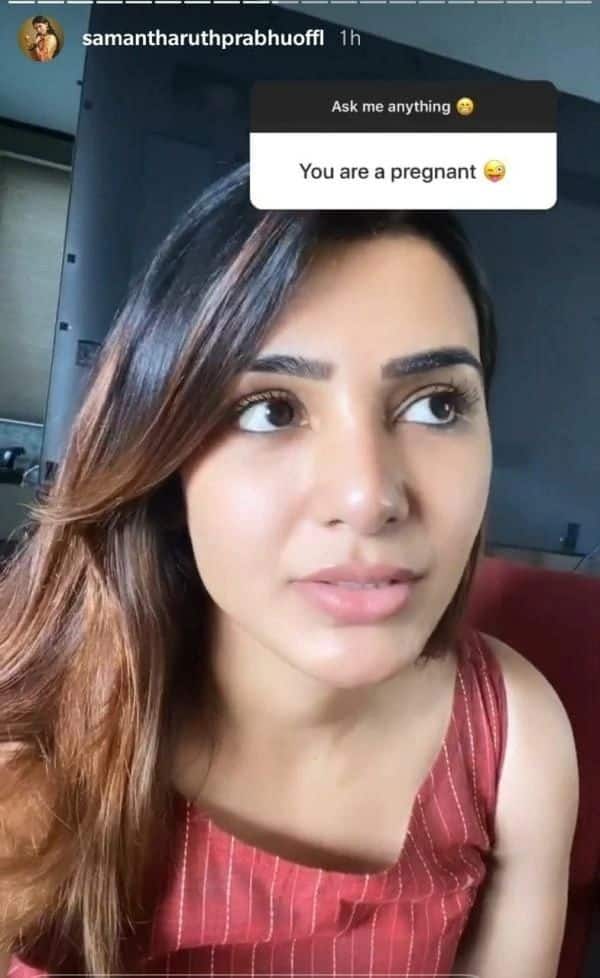 Also Read - Samantha Akkineni and Naga Chaitanya divorce: From going to marriage counsellor to Nagarjuna helping them sort things out; here's a look at all that has happened so far

On the professional front, Samantha Akkineni is set to make her web-series debut with The Family Man 2. Interestingly, the first season of The Family Man also featured a south actress Priyamani in a lead role. Apparently, the actress will portray the character of a terrorist in the web series. Talking about the cast and characters, we will see Manoj Bajpayee as Srikant Tiwari, Priyamani as Suchitra Tiwari, Sharib Hashmi as JK Talpade, Shreya Dhanwanthary as Zoya, Sharad Kelkar as Arvind, Darshan Kumaar as Major Sameer, Dalip Tahil as Kulkarni, Shahab Ali as Sajid, Samantha Akkineni and others. Creators of The Family Man, Raj Nidimoru and Krishna DK earlier talked about The Family Man 2 to Express.co.uk and said the official announcement of it will come soon. “I’m sure announcements on that will come soon. It will be how Netflix and Amazon typically do it with all 10 episodes at the same time I believe. We’re loving this whole series world,” said Krishna DK. Also Read - BTS: Ram Charan and Samantha Akkineni's kissing scene in Rangasthalam - Here's how director Sukumar convinced the two stars

Samantha Akkineni has also signed Kaathu Vaakula Rendu Kadhal which also has Vijay Sethupathi and Nayanthara in the lead roles. The film will be directed by Nayanthara's boyfriend Vignesh Shivan. So, are you excited for these projects? Tweet and let us know @bollywood_life.