Samantha Ruth Prabhu has an epic reaction to troller who said, 'She will end up dying alone with cats and dogs'

Samantha Ruth Prabhu was recently trolled on social media. A netizen said that she will end up dying alone with cats and dogs and her reaction is applause-worthy! 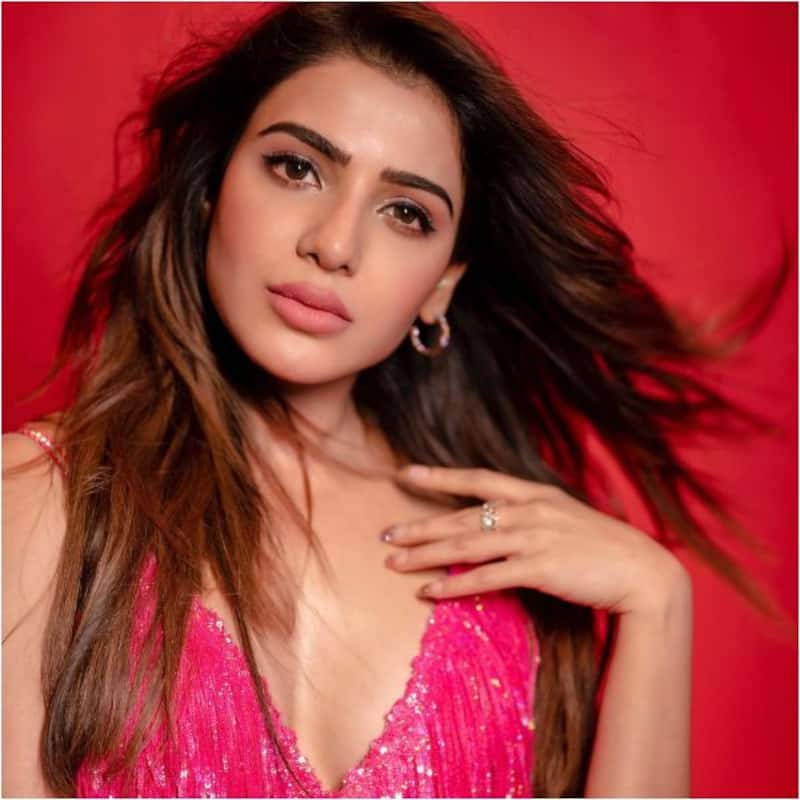 Take a bow you boss lady! Samantha Ruth Prabhu often gets trolled on social media ever since she got separated from Naga Chaitanya. Many blame the Pushpa actress for their separation. However, the actress doesn't pay any heave to the negativity around them and is focused and determined to grow higher and higher. While she keeps herself motivated with immense workouts, the actress often keeps sharing motivational workout videos and posts for her fans. Also Read - Koffee With Karan 7: After Ranbir Kapoor, RRR stars Ram Charan, Jr NTR refuse to appear on Karan Johar's show [View Pics]

Recently, on one of her posts, a troll commented something really bad, but Sam's reply is winning hearts. She captioned the post as, "Early rising and loving Missed this." While her fans are showing love for her, one of the users said that she will end up dying with cats and dogs. And her reaction is just EPIC in every way. The animal lovers will fall in love with the actress' reply. She took a dig at the trolls and said, 2I would consider myself lucky." This bang on reply has been receiving a lot of applause from her fans and how. Also Read - Trending TV News Today: Charu Asopa wants divorce from Rajeev Sen, Taarak Mehta Ka Ooltah Chashmah gets new Nattu Kaka and more 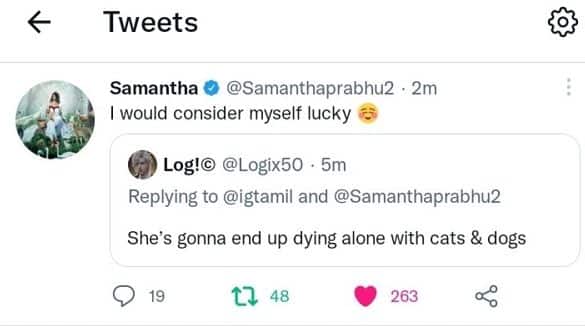 Samantha has been in the headlines for quite some time now. She had announced her separation with hubby Naga Chaitanya with a joint statement that read, "We are fortunate to have a friendship of over a decade that was the very core of our relationship which we believe will always hold a special bond between us. We request our fans, well-wishers, and the media to support us during this difficult time and give us the privacy we need to move on Thanking you for your support."

Samantha is right now one of the highest-paid and most popular actresses in the South industry and slowly she is winning the hearts of Bollywood moviegoers as well. The actress will be seen in the Indian adaptation of Citadel which also stars Varun Dhawan. She also has the Telugu film Kushi lined which has Vijay Deverakonda as the male lead.